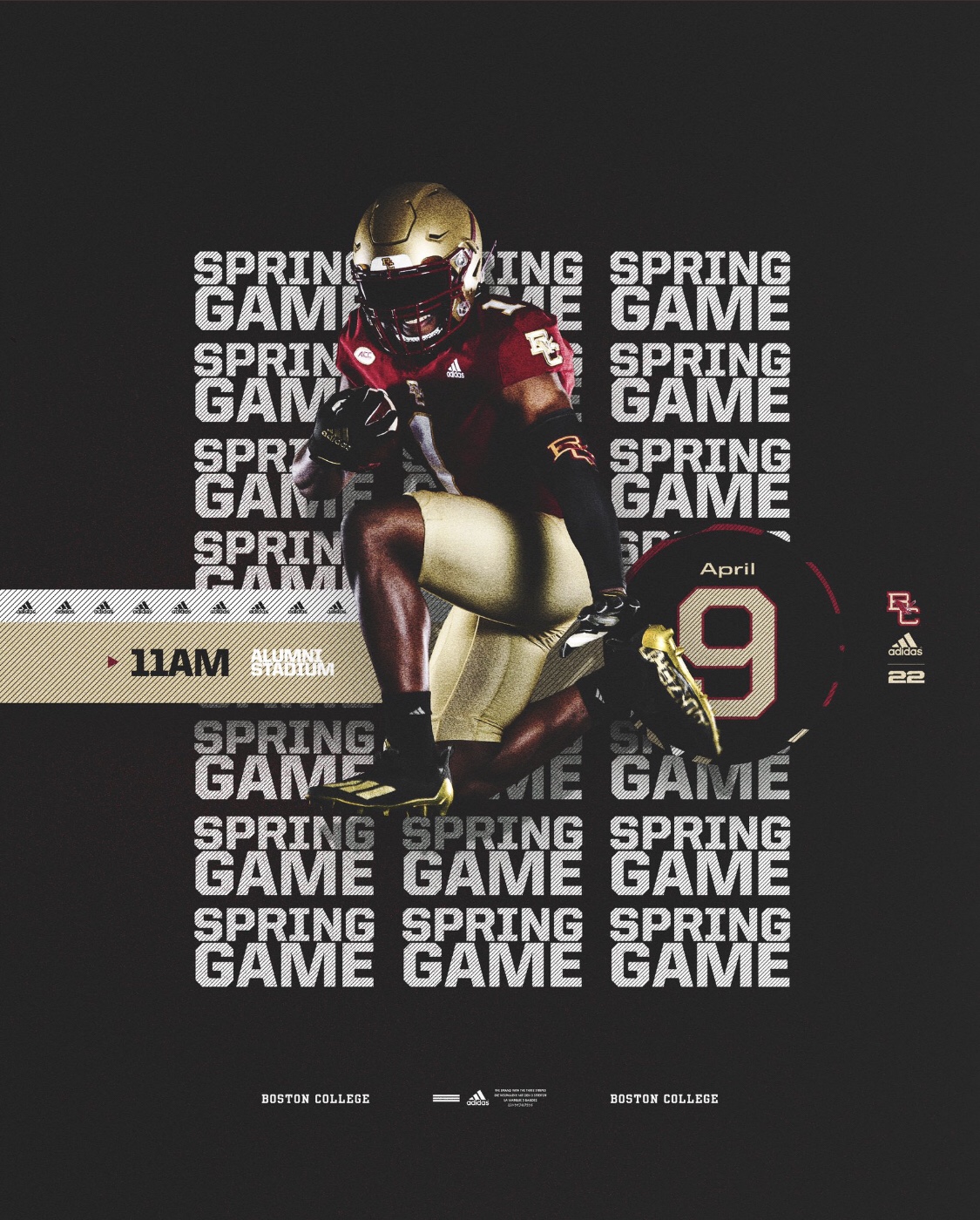 As odd as it may seem, there are still some “firsts” to be had in the Jeff Hafley era.

On Saturday morning at 11, the Eagles will have their first real spring game under Coach Hafley in what should be a very entertaining couple of hours that will also be airing live on ACC Network.

We’ll be watching five things very closely, despite the Eagles keeping things pretty vanilla when it comes to what they’ll show. Without further adieu, here’s what we’ll be locked on high above Alumni Stadium on Saturday morning:

I mean, isn’t this what everyone’s waiting for? The connection has a chance to be one of, if not the best in the ACC. It’ll be interesting to see what types of things new OC John McNulty has in his bag of tricks when it comes to these two.

Emmett Morehead should get a chance to put on a bit of a show on Saturday. Jaelen Gill and Jaden Williams are also guys that are going to be very intriguing this year. If they can evaluate their game and give Jurkovec two more dangerous weapons then the ACC is in trouble. One little side note to watch out for with the WR group is the play of Dino Tomlin, (No. 13) he’s the son of Steelers head coach Mike Tomlin.

Probably nobody, that’s a bit unfair, but Pat Garwo and Alec Sinkfield need to be factors early and often this year. BC’s offense struggled at times last year because the running game wasn’t nearly strong enough, that can’t be the case this year. I’ll be curious to see who gets the first touches on Saturday and who looks more explosive.

We’ve talked about it more than anything this spring. Can the big guys up front replace the massive voids left by Johnson, Lindstrom, Petrula and Vrabel? Christian Mahogany has a chance to be elite and guys like Finn Dirstine, Jack Conley, Ozzy Trapilo and Drew Kendall seem ready to prove the doubters wrong. Hopefully they’re pushing some people around up front on Saturday.

There’s been so much talk about the offense that the defense has simply flown completely under the radar this spring. BC is losing guys like Brandon Sebastian and Brandon Barlow, but Khris Banks, Shitta Sillah, Marcus Valdez and Vinny DePalma are all still here and are all great leaders.  I expect them to fly around on Saturday with whatever limited playing time they’re given.

Now more than ever, New England football and Massachusetts football is on the map nationally. Hafley and the staff have done their best to try and keep the best local talent here at home and there are several guys on the roster who could make an impact early. There are 11 guys currently on the roster with New England ties.

Of course the main objective Saturday will be to make sure everyone remains healthy while keeping some things under wraps.

“I just want to stay healthy,” Hafley said. “Are we going to show everything on offense? No, our first three opponents will probably be in the stands. If they want to come say hello to me after the game they’re more than welcome. They’ll have people here, they’ll watch the tape, so we’ve got to be smart.”

When asked on what he ultimately wanted to get from the first real spring game experience at the helm, Coach Hafley had an assignment for the students. If there was ever a time to “Get In” with this program, it’s right now before things get rolling in July or August.

“Here’s what I’m looking for,” Hafley said in a matter of fact manner. “I’m looking for our students to get to the Mods early, get into the stadium early and treat it like a Saturday game like they did all season. They were as good as anyone that we played against last year. They were loud, they got in early.”

Hafley knows how loud some of the speakers can be on campus too, so the tailgates should be firing on all cylinders.

“The other day on Friday in the afternoon, I walk outside and someone’s got some serious speakers out in the Mods. I could hear them in my office all day, I thought they were playing music outside. The Mods were rocking, so why not do that on Saturday morning? Turn the music up, get into the stadium and be loud and have fun.”

Saturday won’t matter results wise, but it’ll certainly have that first day of school feeling and should be a special day at The Heights.

“To me, this is about the players, their families, the students, staying healthy, going out making some plays and celebrating all they’ve been able to do together, finally, together,” Hafley added. “I’m going to be able to meet with the parents and have a little breakfast in the morning and have a barbecue with the families after.

“That’s what the spring game is all about.”