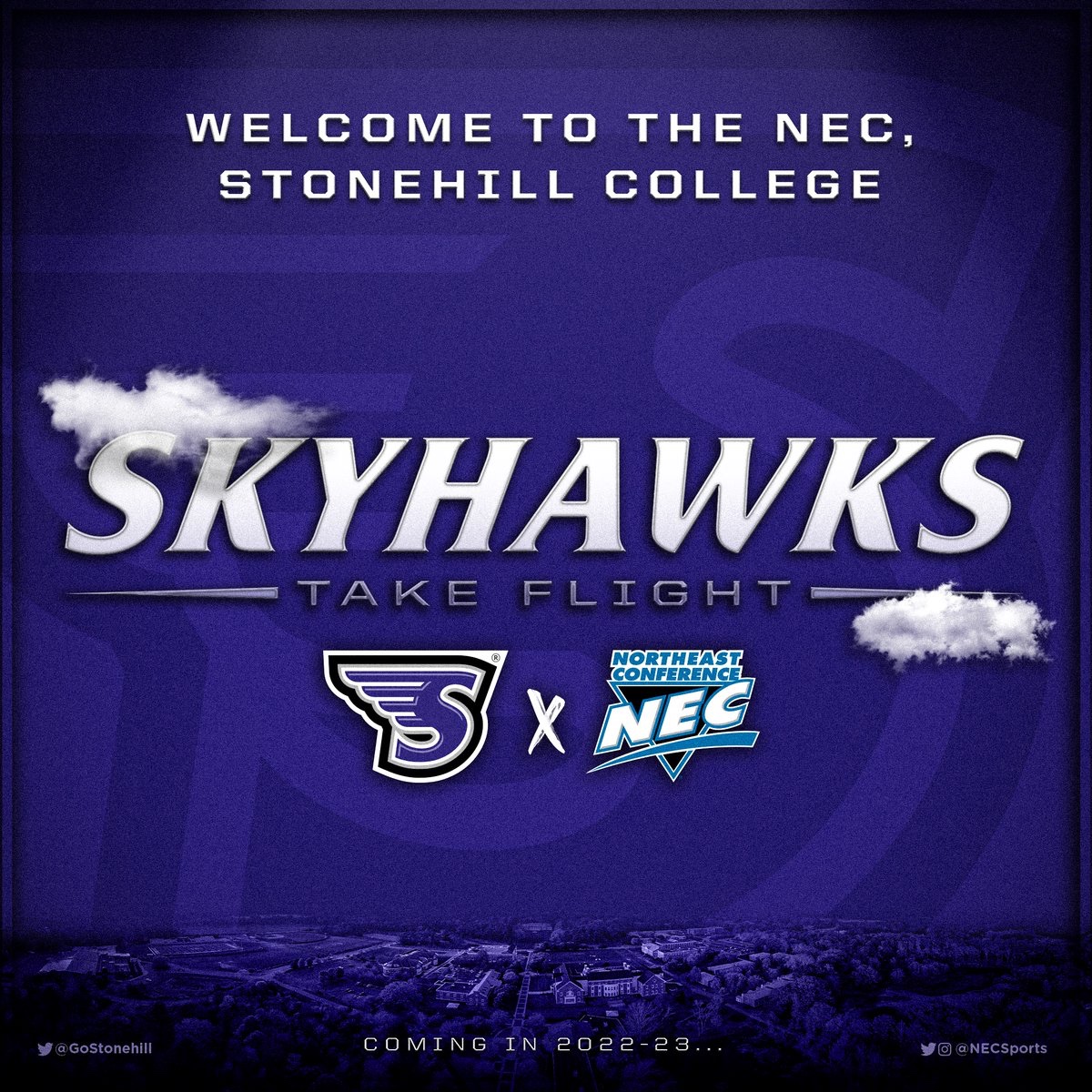 What has been rumored for months was officially confirmed yesterday when Stonehill College announced they are moving up to Division One in all sports. The majority of programs will join the NEC. Hockey will be an independent.

Skyhawks Soar to Division I | Stonehill College has accepted an invitation from @NECsports, a NCAA Division I conference, to become the league’s 10th member. >> https://t.co/XMV9ju2sGD pic.twitter.com/UPBDFGdR48

Stonehill was a charter member of the NE-10 and had been a part of the conference all 41 years of its existence. However the school felt that now was the right time to make the jump up and join the NEC. Father John Denning, school president showed great appreciation to the NEC for admitting Stonehill to their conference.

Athletic director Dean O’Keefe reinforced just how significant the move to the NEC was for Stonehill.

“Stonehill’s move to Division I and membership in the Northeast Conference is a transformational moment in our history, and we are thrilled our student-athletes will have the opportunity to compete at the highest level of collegiate athletics,”

The move was long overdue and it is another sign that Division Two athletics is at a crossroads. In this day in age, you either commit to your athletic department financially and move up to Division One or you drop down to Division Three. It is hard being in Division Two, especially in the Northeast.

The Skyhawks football program finished 8-2 last season under head coach Eli Gardner. The program has been getting better in recent years. It is in a much different place than it was when I coached there briefly in 2000 and 2005.

I know I speak for Kevin and Adam in saying that we are excited about Stonehill moving up to Division One and the NEC. We look forward to covering the program this summer and fall.