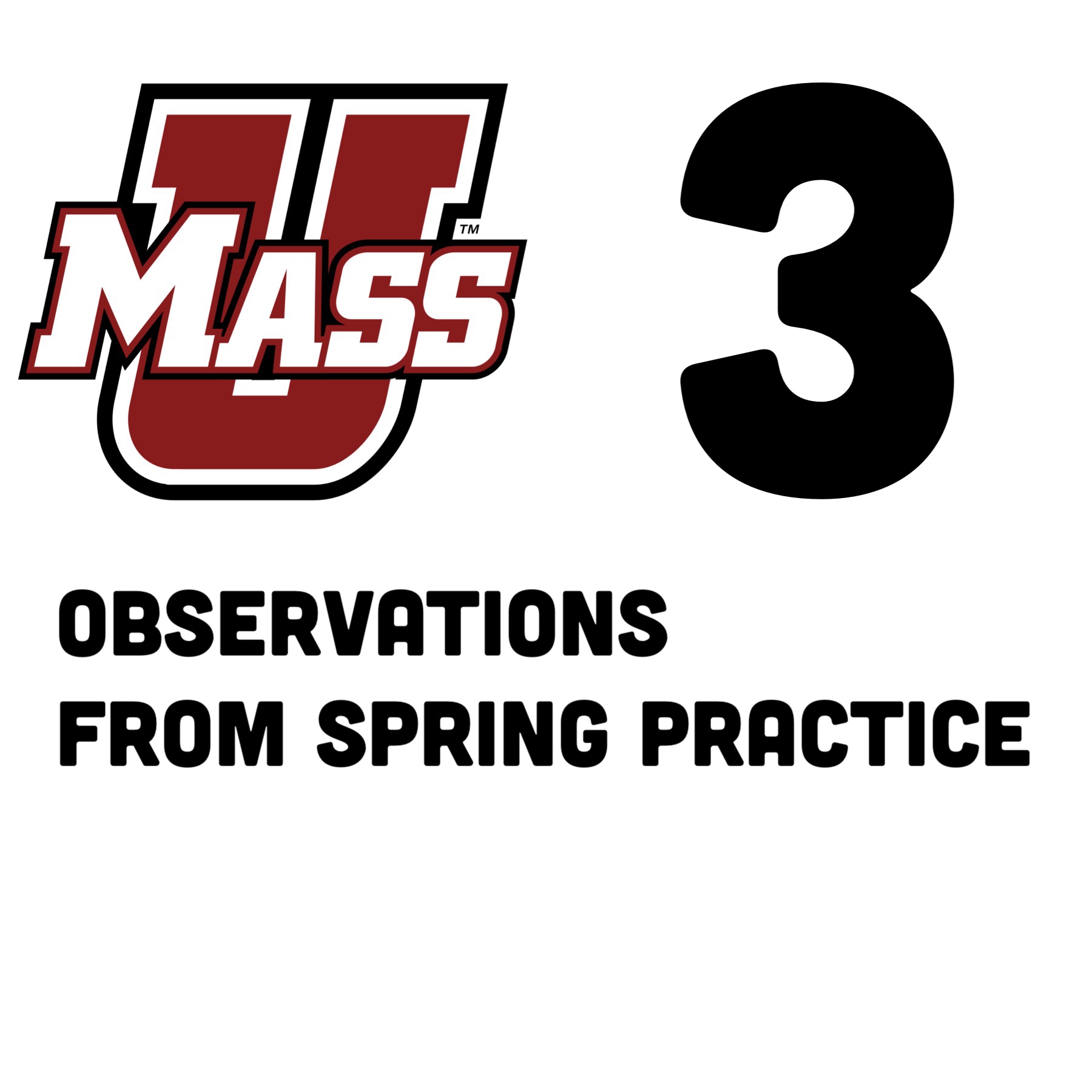 Calling a UMass practice energetic might be an understatement. The atmosphere at Saturday’s spring practice was electric as coaches and players alike were running around like mad men.

It is controlled chaos and it is exactly how Don Brown and his coaching staff likes it.

From start to finish, the tempo was fast. There was the occasional water break/team gathering but by in large, there was not much down time. It was full throttle.

So what did I learn about the UMass program today? Here are three observations.

Offensive coordinator Steve Casula said it best. The team has taken on Brown’s personality and it is evident early on. This team will play hard, they will fast and they will play tough. I truly believe that they will compete right away because of the tone that is being set by the staff.

Running back Ellis Merriweather looks like a bell cow at running back. If he doesn’t average 22-25 carries per game this season, I will be stunned. He ran hard and finished off a 70 yard touchdown run with some emotion.

Tight end/quarterback Josiah Johnson could be a real weapon for the Minutemen offensively this season.

3. Defense had its moments: The defense played well at times during team periods but struggled to stop the run. Run fits and pursuit angles will be a point of emphasis this week at practice.

I thought the secondary competed, especially in one on one vertical ball situations. UMass has some athletes on the back end and they have some length as well. Some of the new faces like Juan Lua will blend well with veterans like Josh Wallace and Te’Rai Powell.

The front seven will come along as the spring continues. They are well coached and they’ll get more comfortable with the scheme.

Speaking of scheme. I saw a lot of staples of Don Brown’s defense through the years yesterday. This unit is going to be fun to watch this season. They will play aggressive and fast.

It was a great day to visit spring practice. UMass football is on the way back. It will take time but the right people are in place to turn things around.