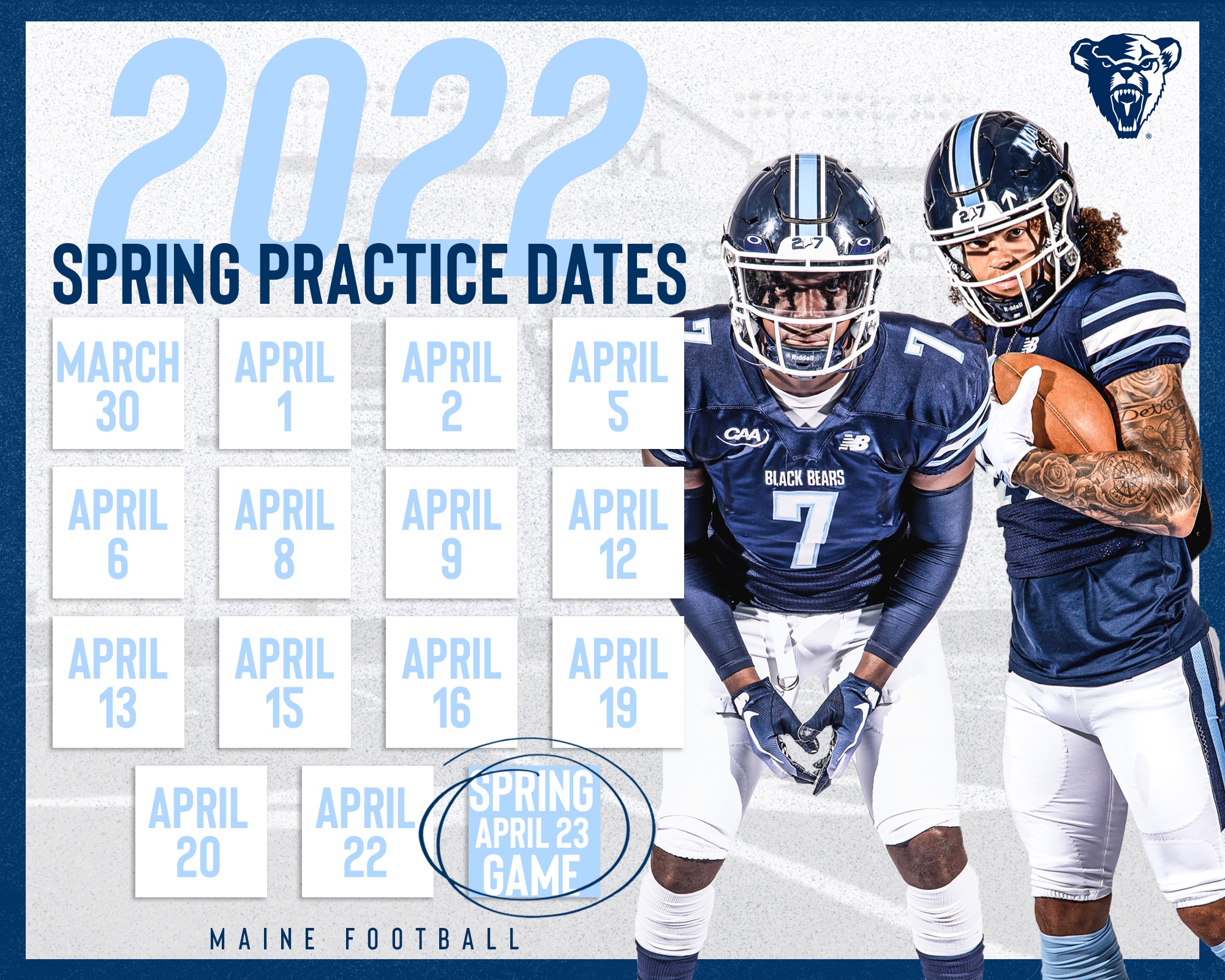 First year coach Jordan Stevens knows Maine well. Stevens grew up in Temple, Maine and played his high school and college football in his home state. Stevens was a defensive end for the Black Bears from 2006-2009.

When the former Yale defensive coordinator had an opportunity to return home as the head coach of the Black Bears, it was a dream come true in many ways.

“I am honored to be the next head football coach at the University of Maine,” Stevens says. “I would like to thank Director of Athletics Ken Ralph, President Dr. Joan Ferrini-Mundy, and the search committee for trusting and believing in me to lead the program I love. I will challenge the young men in our program to be the best versions of themselves. Each day, we will work to be great teammates, honor those who came before us, and build a legacy for the future. Maine is my home and I will protect my home. Go Black Bears!”

Stevens inherited a team that finished 6-5 under former coach Nick Charlton. The Black Bears were one of the best teams in the CAA the second half of the season picking up wins against URI, UMass and UNH along the way.

The Black Bears have several notable players to replace from last season’s team, most notably wide receiver Andre Miller and linebacker Ray Miller but there is plenty of talent back.

Here are five things to watch this spring for the Black Bears.

1. First time with the new coach: I am always curious to see how a new coach interacts with their players during their first spring ball together. Reports are, Stevens and his staff interacted well with the players during winter workouts so expect the transition to spring practices to be smooth.

2. Get Joe Fagnano back on track: Getting the senior quarterback back on track will be a priority for new offensive coordinator Andrew Dresner. Dresner has been on staff for four years and has coached Fagnano during that time so there’s already a relationship there. Maintaining the system that was in place under Nick Charlton will also help. Fagnano had some injury issues last season so staying healthy this spring and into the fall will be key.

3. A new voice on defense: New defensive coordinator Jared Keyte will be leading the Black Bears defense this season. Keyte was already on staff so there is familiarity with him. The Black Bears played well defensively down the stretch but some familiar faces have graduated so Keyte and the defensive coaches will have to break in some new talent this spring.

4. Replacing the Millers: Both wide Andre Miller and linebacker Ray Miller are gone. Replacing them will tough considering how much they produced. Luckily for Maine, they have plenty of talent and depth at wide receiver and they return some veterans along their front seven most notably