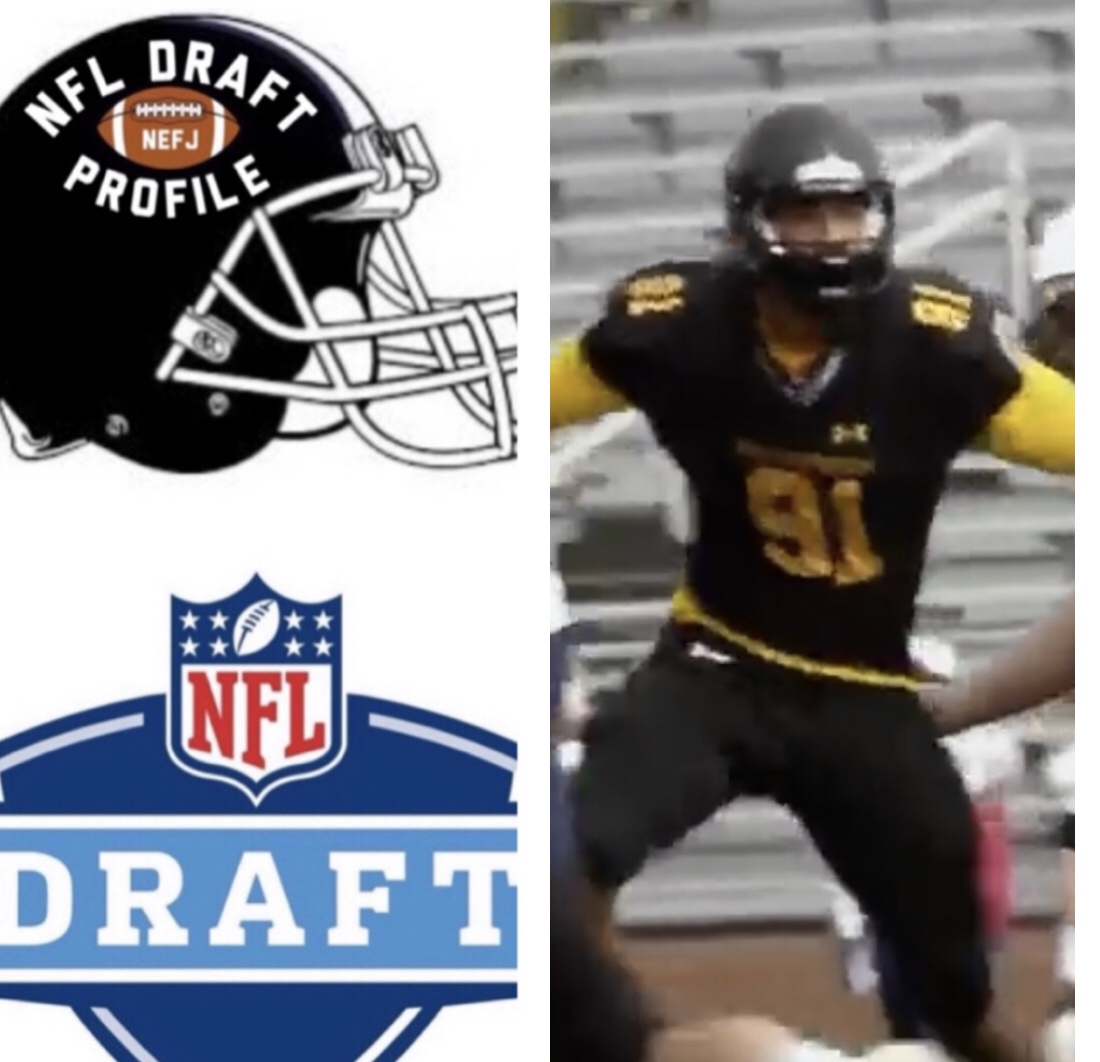 One of the neatest things about NFL Pro Days is that not only do the top guys get one last chance to show just how valuable they are as a draft commodity, but the guys still clinging to their dreams of playing at the highest level from the smaller schools also get a final opportunity to make a name for themselves.

Game film is obviously important, but there’s nothing that can replicate having 32 NFL scouts watching every move you make up close for two hours. Earlier this week at the Pro Day hosted by Holy Cross, Framingham State’s Josh Onujiogu was a prime example of a little-known talent suddenly popping up on everyone’s radar thanks to his performance.

NFL talent evaluators probably took a quick look at some FSU film at some point, quickly noted there’s some potential from No. 91 in black and gold, and then went about their day. They’d eventually circle back to Onujiogu as the draft gets closer, but if not for the Pro Day, he’d most likely get overlooked.

Now, after posting 34.5 in the vertical, 10’1 in the broad jump, 6.90 in the 3-cone and 4.14 in the short shuttle, there is sure to be more interest and potentially a life-altering moment coming the last weekend in April.

“I found out after the season was over that it was possible that I would be attending the Pro Day,” Onujiogu said following Tuesday’s performance in Worcester. “My initial reaction…I was happy that I would finally be getting the opportunity to show the right people what I can do on a larger athletic scale. I was relieved because my family and I have always said I just need to be seen.”

For those that didn’t know, Onujiogu was a force for the Rams throughout his entire four-year stint at Framingham State. His story is like so many others, a recruit that went unnoticed by just about everyone in high school, but it’s never stopped him from pursuing the NFL dream.

“During my senior year of high school, the goal/dream was to play at a D-1 college, but I had very little exposure and flew under the radar during the recruiting process,” he said. “Framingham State was the first and only school to offer me a home to further my football career. I understand I could have walked on at a bigger school, but I didn’t have the money to do so. It was coming time to make a decision and I decided to go with the Framingham State’s offer because I didn’t want to risk not playing the sport I love.”

Ultimately, that opportunity led to the one he had earlier this week. The little-known edge guy from a school in Framingham, MA alongside guys from Harvard, Brown, Assumption, Anna Marie, Bridgewater State and Holy Cross and dozens of NFL scouts and media members. Whenever Brown quarterback EJ Perry gets drafted, Onujiogu will always be able to say he was at the same Pro Day as one of the new star QB’s in the league.

Quite a difference than an afternoon at Bowditch Field, wouldn’t you say?

“My experience at the Pro Day was great,” he said. “Being around athletes with the same goal and dream that I have was a nice atmosphere to be a part of. Once I got there, I felt like this has been what I was waiting for my whole life. I can honestly say it was everything I have dreamed of.  The opportunity to be in front of scouts and coaches that can get me too that next level was a relief to me.”

While the Rams have had incredible success over the last decade or so following quite a few down years, it can’t be overstated just how big of an opportunity this was for Onujiogu, and he knows it.

“It is definitely harder to get on the NFL scout’s radar when you play at a smaller school,” he acknowledged. “You have to really work hard and be the best at your level. It just made me work harder in the gym and the field to get noticed. My family is my No. 1 support system and they told me if you’re good enough they will find you. My goal when I started my football career was to turn heads and get noticed and it pushed me to be 1% better every day.

“I feel like I will always carry the small school banner along my journey but, I think that’s a good thing because people know how hard I had to work to get to a professional level coming from a smaller school.  It had made me feel that I always have to be at the top of my game to prove to everyone that I deserved to play at the highest level. “

There is s real opportunity for Onujiogu to be on an NFL roster when training camp rolls around one way or another and he’s ready to continue showing that you can truly get notice anywhere if you put in the hours.

“The teams and the fans will be getting a genuine, tough, hard-working football player with special talent that is ready to be coached by the best,” Onujiogu said. “I have been on a mission since I was 7-years old to get to the NFL and I know that people will understand that I love playing the game of football and I’m consistently trying to better myself as a person and a player every day.”