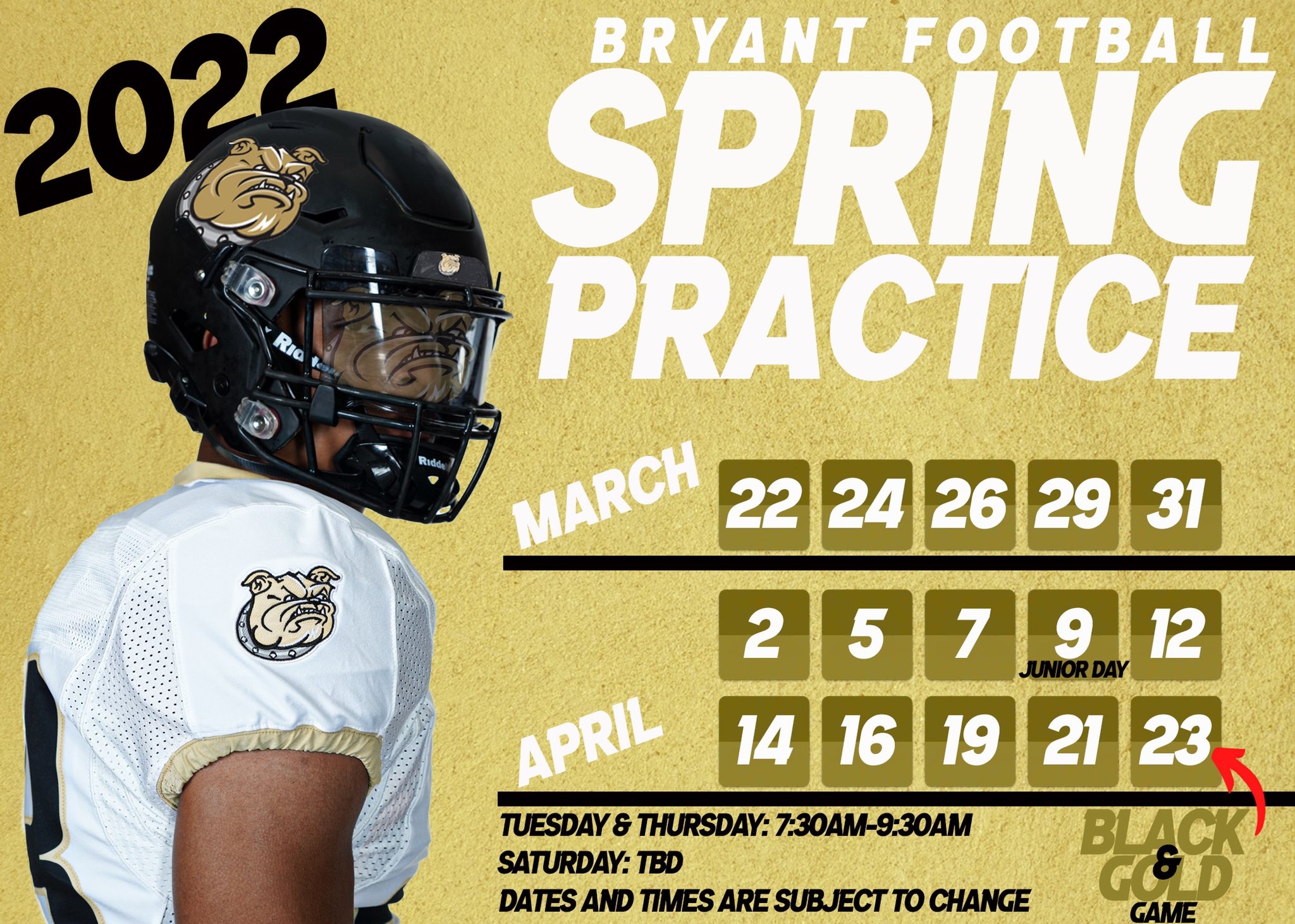 Coming off of a 7-4 season, expectations are high for the 2022 Bryant Bulldogs. I recently sat down with Bulldogs coach Chris Merritt and he was pleased with where the team is heading into spring practice.

“Winter workouts were a lot of fun, lots of energy. We broke up the team into eight teams and competed in something every single day. We posted it on social media. Lots of juice, guys got better everyday.”

The goal is simple for Merritt and his staff, to get better. “Our goal is to get better. We anticipated the program would turn north halfway through last season. It did. We put ourselves in a position to compete for the conference championship. We fell short, it hurt. Our guys think about it all the time.”

Luckily for the Bulldogs, they return several key contributors from last season that should enable them to compete for a league title and a playoff birth.

Day 1️⃣ of spring ball is in the books. #ExpectToWin pic.twitter.com/KeZIsyhnVS

Here are five things to watch for as the Bulldogs kick off spring practice.

1. The development of Zevi Eckhaus: Eckhaus was a revelation last season throwing for 2,392 yards and 21 touchdown passes. The true freshmen from Culver City, California set school records but he will have to compete with sophomore Ryan Clark in order to remain the starting quarterback. It should be a fascinating competition moving forward.

2. The return of linebacker Joe Andressen: With the blessing of Coach Merritt, linebacker Joe Andresssen entered the transfer portal after last season to see if he can garner any FBS interest. Andresssen didn’t get an offer to his liking, so he chose come back. Andressen is one of the best defensive players in the NEC and returns to pair up with fellow linebacker Ryan Sadler to give the Bulldogs one of the best tandems in FCS football.

The two linebackers are the heart and soul of defensive coordinator Anthony Barese’s scheme. Having them back is huge and it will help the young players along the front seven.

3. Who will replace Daniel Adeboboye? Replacing running back Daniel Adeboboye will not be easy but the Bulldogs have plenty of depth at running back. Freshmen Fabrice Mukendi, sophomore Kyle Cichanowsky and senior Ishod Finger will all compete for the to starting job. All three should get carries this season.

The Bulldogs have recruited well in recent years so that depth will come in handy as look to replace one of the most productive players in the NEC the last two seasons.

4. New faces along the offensive line: The Bulldogs need to replace stalwart offensive tackle Mike Andrejco which not be easy given how important he was to this group.

Andrew Berkery, Nate Marshall, Anthony Perez and Brian Durkin are all in the running to replace Andrejco at left tackle. Trevor Smith is the returning starter at right tackle. He was all conference last season.

Nick Thoresen and Carlos Abascal are expected to compete for starting jobs in the interior of the of the offensive line. Mike McNish, Jamichael Watts and Ahmad Assad all started games last season and return this season.

5. Build off of last season: Merritt talked about the importance of building off of last season’s 7-4 record. If the Bulldogs are going to carry that momentum into this season, they must have a good spring. Getting better and developing some of the young talent are two of the top priorities for Merritt and his staff this spring.