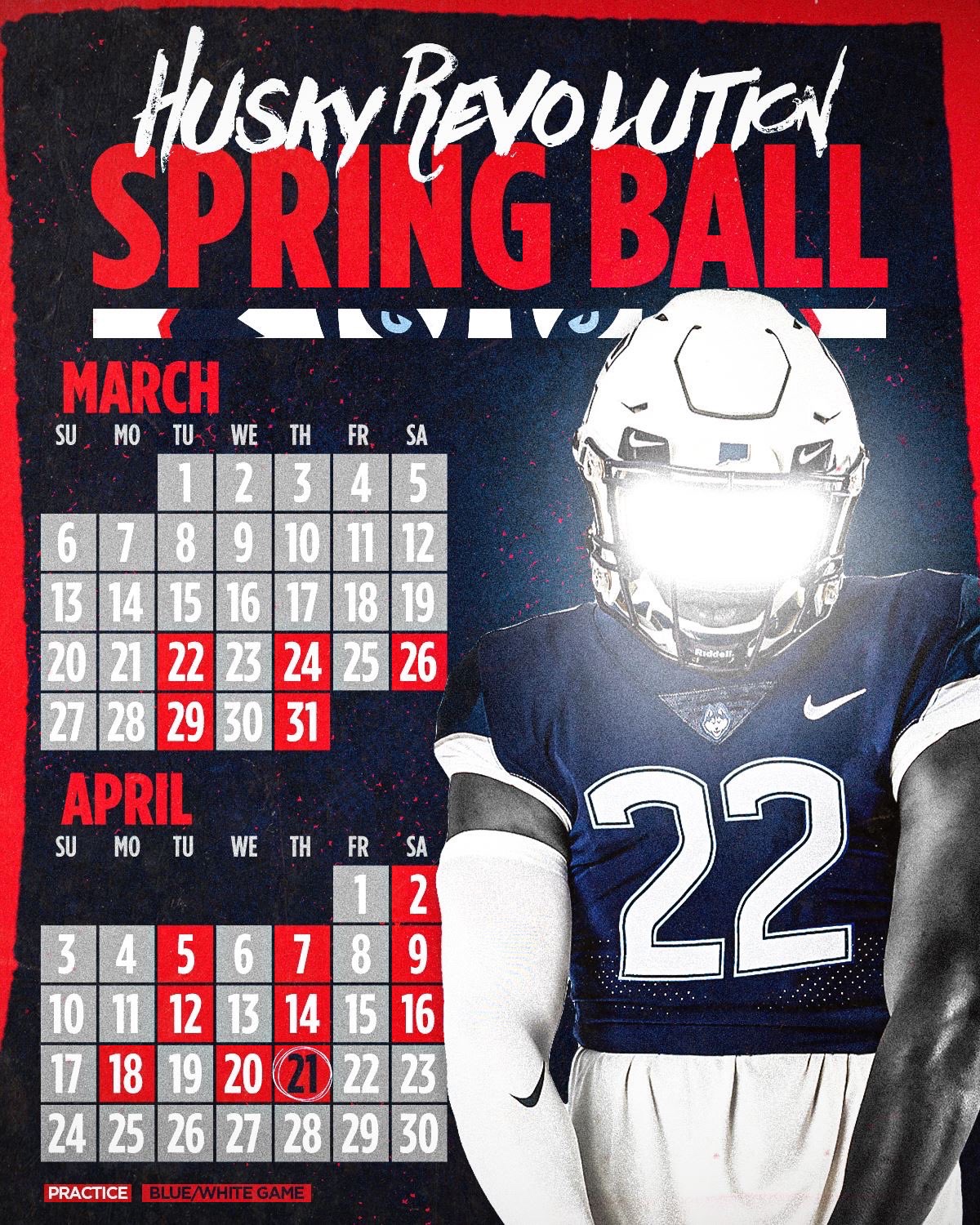 The UConn Huskies kickoff spring practice today under first year head coach Jim Mora. It has been a whirlwind for Mora since he was hired in November.

Mora has hit the ground running. He hit the recruiting trail hard, connected with alumni, made several media appearances and he has attended his fair share of Huskies basketball games. His hiring has generated a buzz and excitement. For the first time in a long time, Huskies fans are genuinely excited about football again.

Mora has hired a terrific staff and they are ready to hit the ground running. They have done a terrific job in recruiting and now they get to do what they love best, coach football.

Here are five things we will be watching for as the Huskies open up spring practice.

1. Mora’s return: Mora hasn’t coached since being let go at UCLA after the 2017 season. He has been out of coaching for a while. It will be interesting to see how he adjusts after not coaching for four years.

So far Mora has been positive and shown great enthusiasm. The players have bought in. Now it is time to apply what he has been preaching off the field, on the field.

Mora had a winning record at UCLA (36-30) but he finished 17-19 his last three seasons so he will have something to prove this time around. At 60 years old, this is probably his last shot at as a head coach so he is determined to make it work.

2. Quarterback Carousel: The Huskies brought in three quarterbacks this off-season via the transfer portal and recruiting. Cale Mullen transferred in from Northern Arizona. The former Oregon Duck and son of NFL quarterback Hugh Mullen has terrific size and is athletic.

Millen will be competing against Penn State transfer quarterback Ty’Quan Roberson who might be the best fit for new offensive coordinator Nick Charlton’s system because he is a dual threat quarterback.

Returning starter Steven Krajeeski will get the first shot this spring at retaining the starting job but he will be pushed by Millen, Roberson and in incoming freshmen Zion Turner.

3. Replace talent up front: The Huskies must replace two key cogs along their offensive and defensive lines in Ryan Van Demark and Travis Jones.

Both were staples along the line of scrimmage and will not be easy to replace. Van Demark in particular was a four year starter.

Jones was a force the past two seasons and one of the best kept secrets in college football. Luckily for the Huskies, they have recruited well along the offensive and defensive line. They have plenty of talent ready to compete for playing time.

4. Revamped defense: Lou Spanos was retained by Mora. The two have a history and Spanos was Mora’s defensive coordinator at UCLA. Spanos is a good coach but you wouldn’t think that after watching the Huskies defense last season.

Mora was partly hired because of his defensive expertise. He and Spanos have to turn around a defense that struggled at times last season.

The defense had its moments last season but they are nowhere near as good as they need to be for this program to consistently win games. If the defense can develop this spring, it will bode well for the fall.

5. Culture shift: Life is tough for UConn as an independent. The program has struggled recently and a culture change needs to happen starting this spring.

Mora and his staff must develop a winning mindset and that process starts now.

UConn has everything in place to succeed. The facilities and financial backing are in place. Mora and his staff need to win. The turnaround must begin this spring. Expectations are higher than ever. Changing the culture starts now.