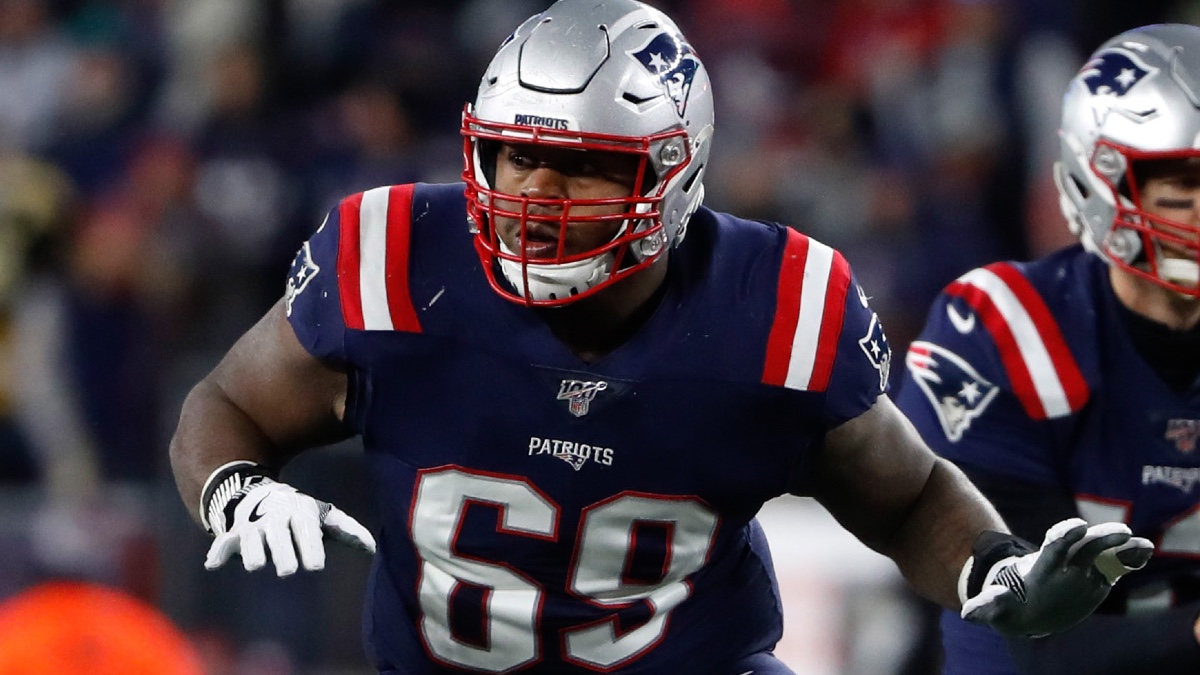 The Patriots traded starting right guard Shaq Mason to the Tampa Bay Buccaneers for a fifth round draft pick in 2022, freeing up over $7 million in cap space while also losing one of the best interior offensive linemen in the NFL.  The cap savings is a nice benefit, but New England added a significant question to their offense.

Mason, 28, was drafted by the Patriots in 2015 and was a starter for most of his rookie season. He followed that up by starting at right guard for the remainder of his tenure in New England and being a key piece of two Super Bowl Championship teams. The Patriots saw his value and signed him to a 5-year, $45 million ($23 million guaranteed) contract in 2018. Throughout his time in New England, Pro Football Focus graded him as one of the best guards in the league. Mason is a stout run blocker who also only allowed one sack last year.

The trade of Mason comes on the heels of left guard Ted Karras leaving to join the Bengals in free agency. The Patriots will be without both their starting guards from the majority of 2021. One in-house replacement option is Michael Onwenu, who started the 2021 season at guard before being moved to right tackle while Trent Brown was injured. Onwenu has played great at right tackle in two seasons, but was originally drafted as a guard and could fill in for the departed Mason or Karras.  If Brown decides to leave, Onwenu may stay at right tackle. Justin Herron could also play tackle if Brown leaves and allow Onwenu to move inside. At a minimum, the Patriots will have at least one, if not two, brand-new guards in front of Mac Jones next season.

The salary cap and costs are a reality in the NFL. Even with this in mind, the Patriots trade of Shaq Mason is a tough pill to swallow, given the other question marks on the offensive line on a team that has a young quarterback and an offense that wants to run the ball. There is still plenty of time left, but it is likely the Patriots do not have all five offensive line starters currently on their roster. The Patriots have had success developing interior offensive linemen under Bill Belichick and the hope is that can continue. It needs to, as they have big shoes to fill up front.