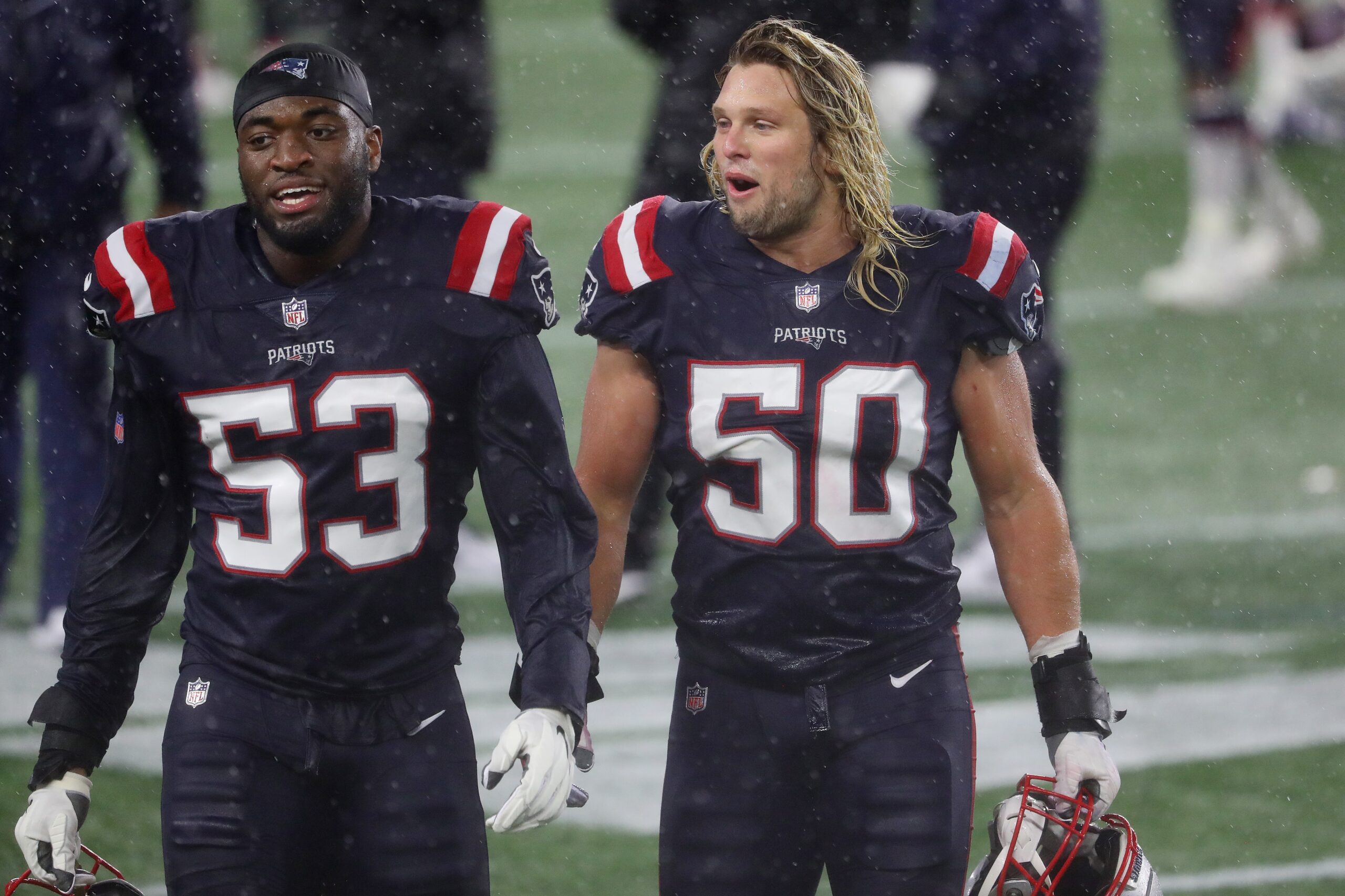 During both of his presentations at the Massachusetts High School Football Coaches Association Coaches Clinic on Friday night, UMass head coach Don Brown used a bunch of Michigan tape.

On that tape was Chase Winovich and Josh Uche. A lot of them.

Both guys have seen their careers get off to slow starts here in New England, but Brown was extremely complementary of both throughout a two-hour period. At one point during a second defensive presentation, Brown even said “pound for pound, he’s one of the best pass rushers I’ve ever seen,” when showing Uche film.

If anyone knows just how good Winovich and Uche can be for a Patriots defense in desperate need of speed and playmaking ability, it’s Brown. Not being in the building at 1 Patriot Place obviously makes it tough to know exactly why things haven’t gone as well as fans (and the players themselves) had hoped, but he believes it’s only a matter of time because of who they are and who they’re working with.

“They’re obviously working with the best pro football coach in the history fo the game,” said Brown. “I’m sure they’re both like sponges because they’re great dudes. Who knows during the course of the year? You don’t know who’s injured, who’s not, all those things. Just keep grinding, let good things happen and they’ll happen.”

Does Brown think they can have an impact this season?

Perhaps now more than ever since being drafted, there is a chance for both guys to have a significant impact for the defense in 2022 and their old coach is hoping it’s finally their time.

“New year, new opportunity,” he said. “Hopefully they can make the most of it.”