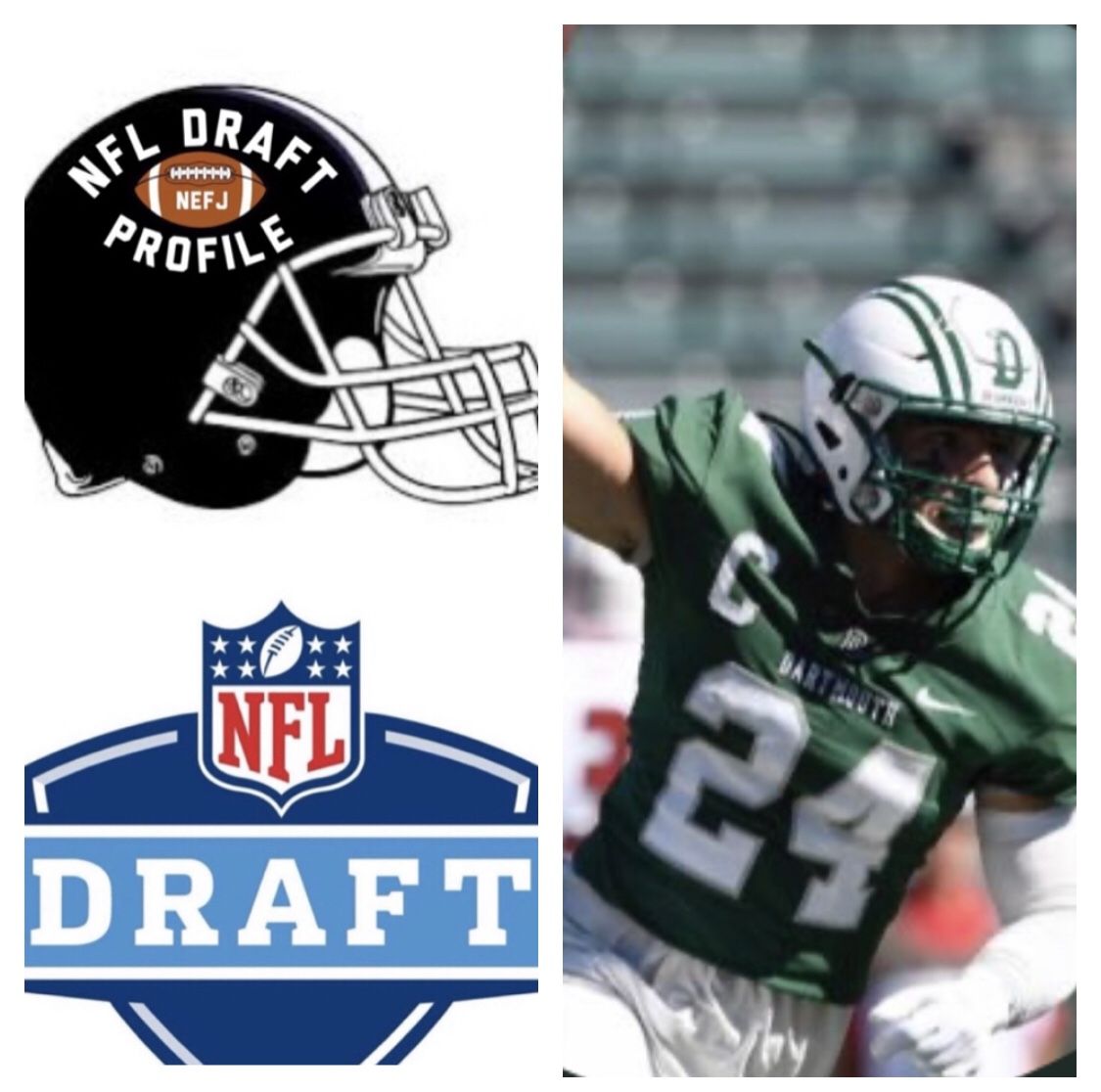 Growing up, Dartmouth safety Niko Mermigas attended Marshall Middle School in Wexford, PA just north of Pittsburgh. The youngster was bored with baseball’s slow pace and he was too aggressive to play soccer.

Football was an obvious choice to keep him active, but with his mother being a nurse and witnessing countless football injuries at the hospital, there was hesitancy to let him play. After growing a little more and doing some convincing, Mermigas was able to sign up for eighth-grade football.

“I was fascinated by the game, but I really enjoyed that even though it was a team sport, there was always an internal battle with yourself if you wanted to be great,” he said in a recent interview. “Besides that, I couldn’t believe that you could play a sport that was so physical, which continues to be one of my favorite aspects.”

It’s a good thing Mermigas’ mom let him play, because now years later, her son has an Ivy education and is on the cusp of reaching the NFL.

During his junior year of high school, Mermigas began to realize that he might be good enough to play Division 1 ball. Thankfully, the North Allegheney staff believed in him too.

“I was playing both offense and defense, but was still considerably undersized as a junior,” said Mermigas. “I continually thought that I had the athletic ability to play at the next level, I just needed to gain the right size and football IQ to take the next step. The coaching staff at North Allegheny was a great support system, and I trusted their faith in my athletic ability, which also altered my mindset for the better.”

Still, there wasn’t much genuine interest for him as college crept closer and closer, until a school in New Hampshire came calling.

“Dartmouth was the only Division 1 school that gave me an opportunity,” he said. “I was in talks with a handful of Patriot League schools and some other Ivy League schools, but none of them offered. I was getting recruited heavily by Division 3 John Carroll, where I really thought I was going to end up.”

During that time, it turns out that Mermigas was actually being recruited by a future head coach in the NFL.

“I was actually getting recruited by Brandon Staley (now head coach of the Chargers) when he was a coach at John Carroll. They had a young energetic staff, but they ultimately left John Carroll for Chattanooga I believe,” he said.

It ended up being the best possible thing that could have happened, as Mermigas soon got the call and didn’t need much time to make a decision.

One of the sneaky (or maybe not so sneaky) perks for guys playing at an Ivy League school is the workload. No, not the homework, but the stress put on time management, structure and accountability are huge, especially if you plan on playing in the NFL.

Although, when you major in Government at an Ivy, the homework is probably harder than almost anything else.

“Dartmouth was the best place to show my talent, they reward and give players game time if they understand the schemes and are aggressive/hard working,” Mermigas said. “The academics were vigorous and you had to retain vast amounts of information in a short time period, but this helped me understand the defense in a timely manner. The coaching staff continually expresses how each player has to do their job, and in turn you will win football games. To no surprise – it works. I only lost five games at Dartmouth throughout my four years.”

While a lot of possible NFL Draft prospects start garnering the attention of scouts early in their careers, it wasn’t until Mermigas’ junior year at Dartmouth that he began to notice more eyes on him. Even then, he didn’t really think much of it, it was all about winning.

“I thought it was generally better to think nothing of it,” he said of the extra attention. “Obviously it was exciting, but my focus was winning back-to-back Ivy League Titles, and I didn’t want my thoughts to delineate from that goal.

“I had (and still do) a great love for Dartmouth, and representing the college was something that I cared about most, so I put my personal achievements (attention for scouts) on the back burner, to focus on my personal goals, and the overarching goals of the team.”

Suddenly, Mermigas is preparing for Darmouth’s Pro Day on April 5th with a real possibility that a good showing gets him drafted, or at the very least some UDFA interest.

“The mornings are specific to speed, agility, and pro day drills, while the afternoons are devoted to strength training,” he said. “Tuesdays and Thursdays are specifically mobility and recovery, with an overall heightened importance on staying healthy. Jalen and Isiah are currently grad transferring to UMASS and Syracuse respectively, so most nights are spent with Seth Walter watching NFL film and building better conceptions of NFL style defenses.”

Mermigas is the definition of a team guy who believes that mindset can serve him well inside an NFL locker room.  That, and he’s come a long way from having to convince his mom to play.

“An NFL team will be getting a smart, determined, hard working player,” he added. “To me, one of my favorite aspects of football is how much of a team sport it is. It is beyond essential that each of the 11 players are doing their jobs, and I’m someone who puts a heightened emphasis on understanding my job and perfecting it.

“I love the game, and would do virtually anything to continue my time, and win football games.”