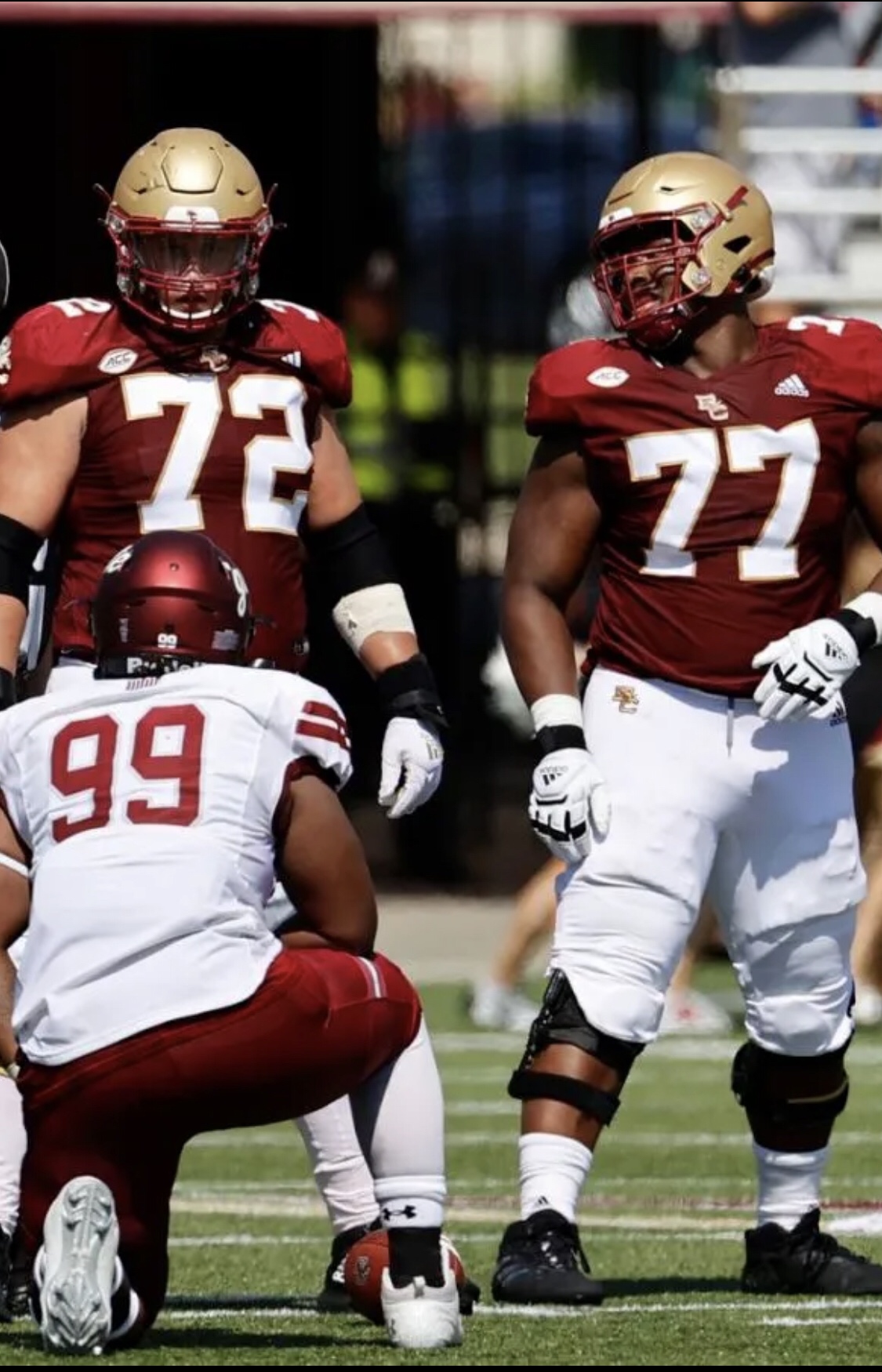 The NFL Combine is legitimately something guys prepare for 24 hours a day, seven days a week, 365 days a year.

This week can be intimidating, nerve-wracking and downright puke inducing for some guys. Many players that attend may never play a down in the NFL or be anything more than a lifelong practice squad guy, but this week is one of only a handful of times prospects can make one final statement as to why they belong on an NFL roster.

Now, both Zion Johnson and Alec Lindstrom don’t have to worry about that, they’ll both get drafted. In Johnson’s case, you could argue he’s worth a first round pick and draft experts have said as much. Still, the process can be daunting, which is why it was helpful for both of them to rely on each other in Indianapolis this week.

Johnson and Lindstrom had great showings in on-field drills on Friday and Johnson set the bar (no pun intended) for everyone at the NFL Combine at 32 for bench reps while also doing it barefoot, Lindstrom put up 25 reps. Johnson ran 40-yard dash times of 5.25 and 5.28 while Lindstrom posted a 5.18 and a 5.23 in his 40’s.

Throughout their tenure at BC together, both guys talked about how much camaraderie there was in the locker room, but especially with the offensive line group. As Johnson and Lindstrom prepared to have a life altering job interview all week, that relationship was as huge.

“Going through the process with somebody like Zion is awesome,” Lindstrom said during his media availability earlier in the week. “I’ve been with him for three years. We’ve got a really good connection. I can just go…I can talk to him about my day and not feel like I can’t say this or that because I just know him. Having somebody always makes it much easier.”

The love of the game and each other that the Eagles have talked about the last few years has not been fake or manufactured. If it was, Johnson may not be where he is right now, considered to be one of the elite guys available in the draft at his position.

Johnson got quite a bit of love from NFL Network’s Daniel Jeremiah throughout the workouts, with Jeremiah concluding that Johnson is a “day one starting guard in the NFL,” following the first group of O-line drills. He also added “he’s incredibly smart, he’s a plug-and-play guy.” Lindstrom was also described as another “plug-and-play guy,” with a ton of intelligence.

Both Tyler Vrabel and Ben Petrula are also in this draft but were not at the combine and undoubtedly will be looking for a strong showing at Pro Day just a few weeks from now. With the buzz now surrounding Johnson and Lindstrom thanks to their big week, O-line U is alive and well and there is a very real possibility that all four guys that were lined up in front of Phil Jurkovec last season will be on an NFL roster by the end of April.