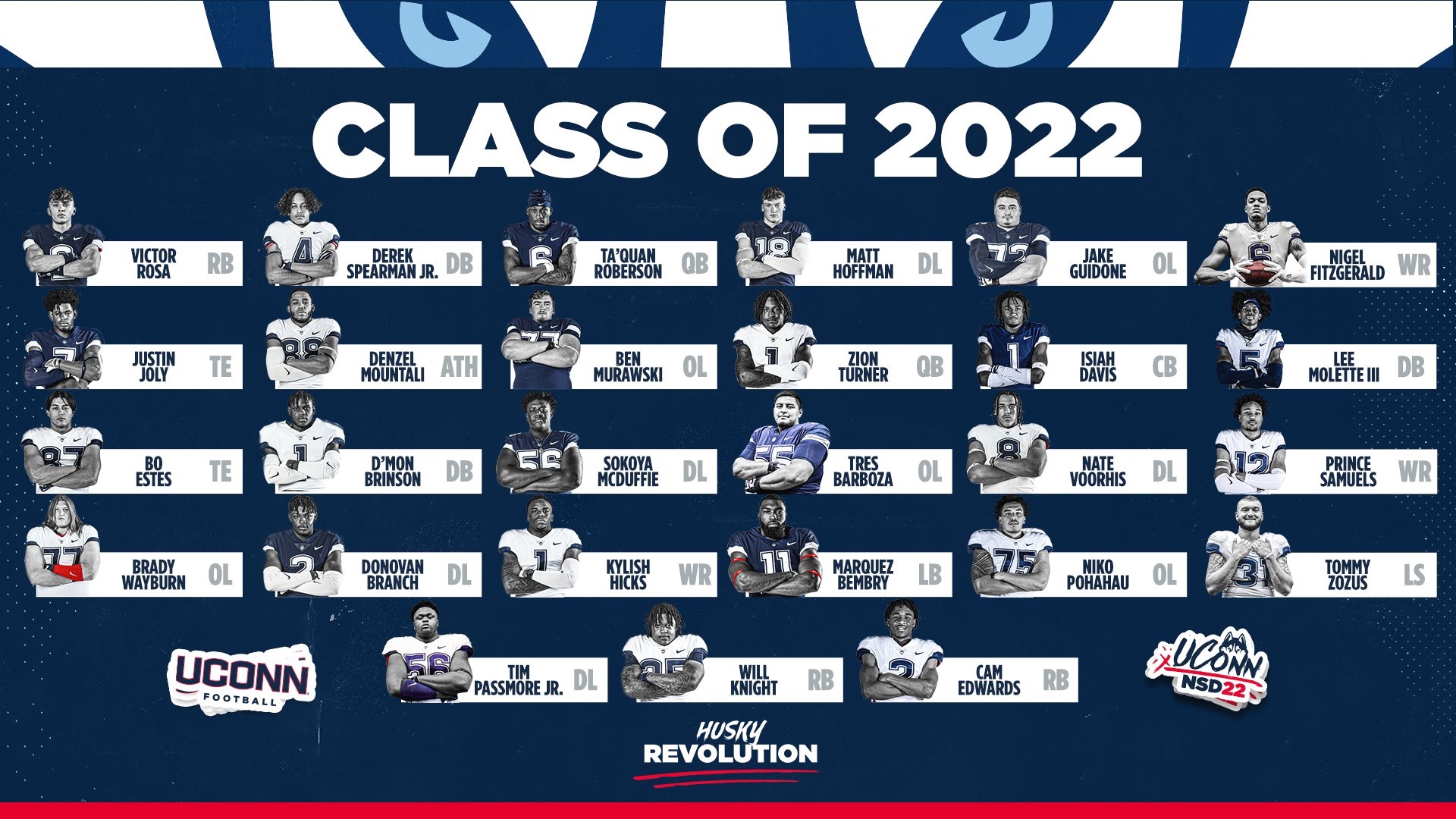 Improved quarterback play and adding offensive linemen were both focal points for Jim Mora and his staff during the recruiting process.

The gem of the 2022 recruiting class was quarterback Zion Turner out of St. Thomas Aquinas in Florida. Turner is a dual threat three star recruit who won three state title in high school. Mora made it a point a reinforce the quarterback room. The additions of Turner along with transfers Ta’Quon Roberson and Cale Millen give the Huskies three quarterbacks who could compete with the quarterbacks already on the roster for the starting job.

Mora has already seen the impact Roberson could have because he’s been on campus. “This kid’s a winner, and we’ve already seen it, organizing guys on the field Saturdays, galvanizing the locker room,” Mora said. “We needed to add some talent, competitiveness, some maturity. He’s got the intangibles.”

The Huskies picked some serious beef on Wednesday as well. Nikko Pohahau is a 6-foot-5, 278-pound offensive tackle from City College of San Francisco. He is raw but has a great frame and room to grow.

Tres Barboza is transferring in from UTEP. The 6-foot-4, 310-pound junior offensive tackle from Tyler, Texas is versatile in that he can play guard or tackle.

Jake Guidone, a graduate transfer from Dartmouth adds experience and can step in and play right away. Guidone is 6-foot-3, 310 pounds and according to Mora, has an NFL future.

"We're going to coach them like they are NFL players. Every kid that walks in here has that dream of playing in the league, and we are going to help them achieve that dream"
-@UConnCoachMora

The path to the NEXT LEVEL starts in Storrs📍#HuskyRevolution pic.twitter.com/YnYTruBuvV

Perhaps the most impactful transfer of all is Marquez Bembry, who is transferring in from Kentucky. The junior linebacker from Stone Mountain, Georgia is long, rangy and can play off the ball or on the edge. Mora likes the type of player he is.

“He can do a lot of things well,” Mora said. “He’s got strong hands, he’s violent at the point of attack (and)he has great leadership qualities.”

The Huskies also fortified the secondary by adding Camryn Edwards, a 5-11 181 pound safety from Norwalk, Connecticut, corner Isaiah Davis out of Fairborn, Georgia and Lee Molette III a wide receiver, defensive back out of Brentwood, Tennessee.

UConn also added the following recruits on Wednesday as well.

Prince Samuel, LB, 6-foot-3, 205 pounds, Windsor, Connecticut: Samuel is athletic and has the type of frame that would allow him to pack on another 20 plus pounds.

Will Knight, RB, 5-foot-8, 213 pounds, Smyrna, Delaware (Delaware): Small, compact back packs a punch in between the tackles and has really good feet.