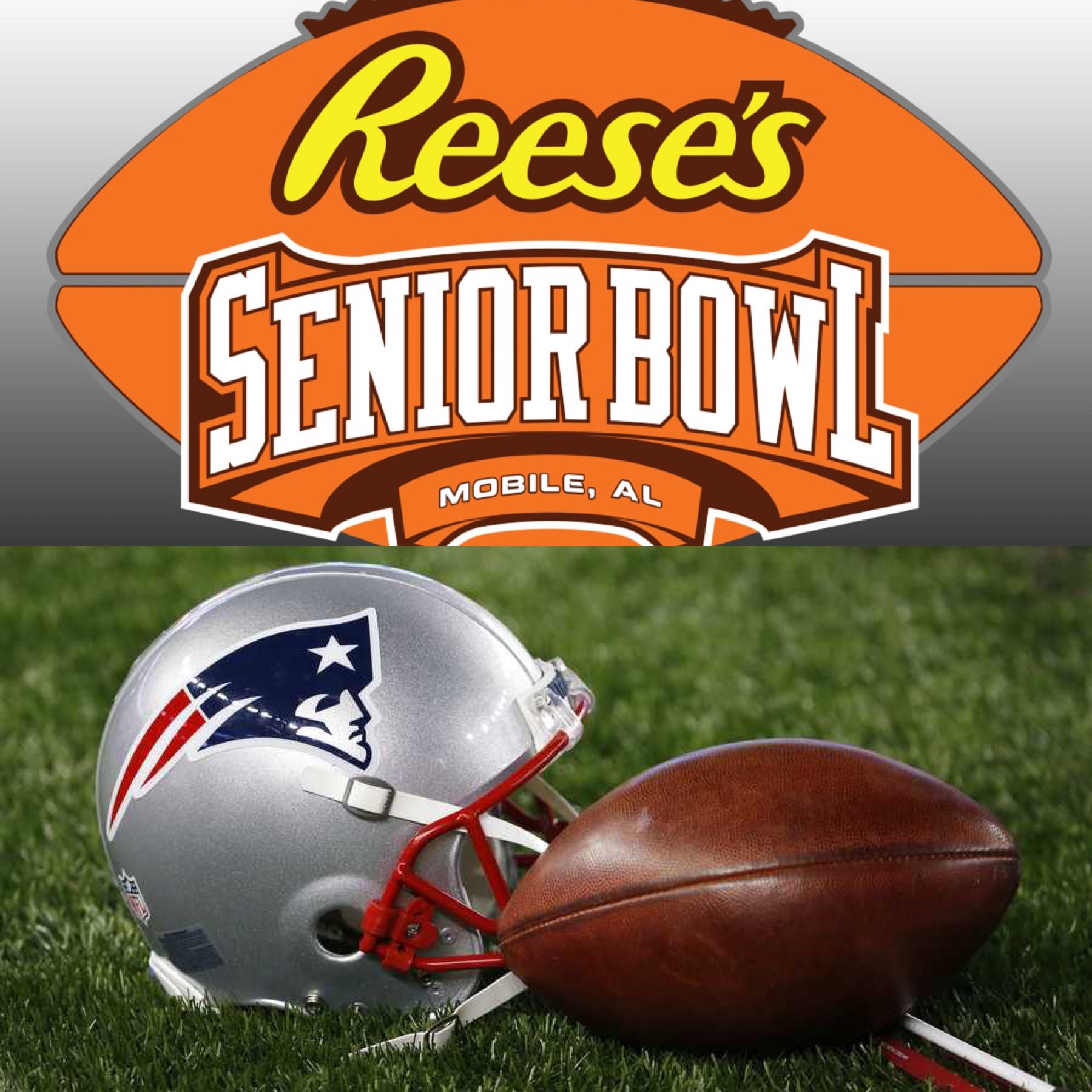 The 73rd Reese Senior Bowl will take place this afternoon in Mobile, Alabama. The entire football world has descended upon South Alabama University to watch some of the top college prospects in football compete in front of coaches, scouts, general managers and talent evaluators.

The Patriots have been in Mobile all week evaluating talent and they will be keeping a close eye on some of the talent playing in today’s game.

Here are ten players that the Patriots will be keeping a close eye on.

Travis Jones, DT, 6-4 333, UConn (National): The Patriots run defense has been an issue the past three seasons and despite addressing the defensive line in both free agency and the draft last off-season, the Patriots still couldn’t stop the run. Jones has dominated all week long and has been one of the best players in Mobile. His draft stock has improved and he now projects as an early day two pick.

If the Patriots are willing to use early draft capital at the position again, they could have a future pro bowler in Jones who is explosive for his size and plays strong at the point of attack.

Johnson can play in a two or three point stance and be effective. He offers the scheme versatility Bill Belichick likes at the position.

Johnson projects as a first round talent so he may be off the board by the second unless the Patriots are willing to use the 21st pick on him.

Darrian Beavers, 6-4 255 LB, Cincinnati (National): Beavers is your quintessential Patriots linebacker. He can play off the ball in a stack alignment or on the edge in sub packages.

A thumper, Beavers displays good instincts, jumps his reads and gets downhill fast. He is physical at the point of contact and finishes tackles.

Beavers plays with good instincts and range in zone coverage but struggles at times matching up in man coverage. Played as a SAM backer in Cincinnati’s 3-3-5 defense.

Coby Bryant, 6-1 198, Cincinnati (National): Bryant is another Cincinnati prospect that the Patriots will keep an eye. Bryant is a highly competitive, smart defensive back who is long, can play in a squat or a loose technique and has terrific ball skills.

He and Ahmad Gardner formed the most dominate cornerback duo in college football the past two seasons. Bryant is a highly competitive player who would be a great fit in the Patriots complicated defense.

Jahan Dotson, WR, 5-11 184, Penn State (National): Dotson is a three level threat that can make plays in space or vertically. He is a polished route runner who gets in snd out of cuts with ease and can separate after the catch.

Dotson has above average tracking skills on vertical balls and competes at a high level in one on one situations. He clocked in at 4.33 in the forty yard dash on campus so the vertical speed is there to make a difference.

The Patriots need to add more speed on offense and a player like Dotson would certainly bring that element to the team.

Velus Jones Jr. WR, 6-0 200, Tennessee (American): Jones is an explosive play maker in space who could contribute offensively and in the return game.

The Patriots need to put more speed on the field for Mac Jones to use his vertical accuracy to his advantage.

Jones is the type of player who can take a perimeter screen the distance or take the top off of coverage on a fade or post route. He profiles as a third or fourth receiver with special teams value so he is a guy the Patriots could draft early in day three and get a lot of value. Reminds me of Bethel Johnson but with more size.

Roger McCreary, CB, 6-0 190, Auburn (American): McCreary has the length, body flexibility and ball skills to make plays in any coverage or scheme.

He can roll down and play either man or press funnel, flat technique or he can bail to a deep third and cover a vertical route in a rotation. He has the skill set necessary to be a day one starter or play nickel in sub packages.

Willing in run support but need to be a more consistent tackler. As a corner, he has as much skill as any in this draft and could be a day two or day three steal.

Jalen Tolbert, WR, 6-3 190 South Alabama (American): Tolbert is a big target who can be physical and separate after the catch. The route running needs to be more polished but he is a physical blocker, has strong hands and wins in contested red zone situations.

Tolbert had over 1,400 yards and 8 touchdowns last season and profiles as an impact second or third receiver. One of the more underrated receivers in this class.

Phidarian Mathis, DT, 6-3 7/8 313 Alabama (American): Mathis profiles very similarity to 2021 second round pick Christian Barmore. Not as explosive as Barmore, he plays strong at the point of attack and can control gaps or line up in a shade and penetrate.

Mathis had displayed strong hands and the ability to hold and anchor a gap from head up technique.

Zion Johnson, OG/OC, 6-2 7/8 315, Boston College (National): Johnson has been one of the most dominant and consistent interior offensive lineman in football the past two years.

He is fundamentally sound and plays with good technique. Johnson plays with strong hands on one on one blocks and gets movement at the line of scrimmage.

Johnson moves well in all four directions and is athletic for an interior lineman. He is a terrific short area pass blocker. Does a good job of punching, recoiling and anchoring.

Johnson is a first round talent that could slip into the second round.

Others players to watch