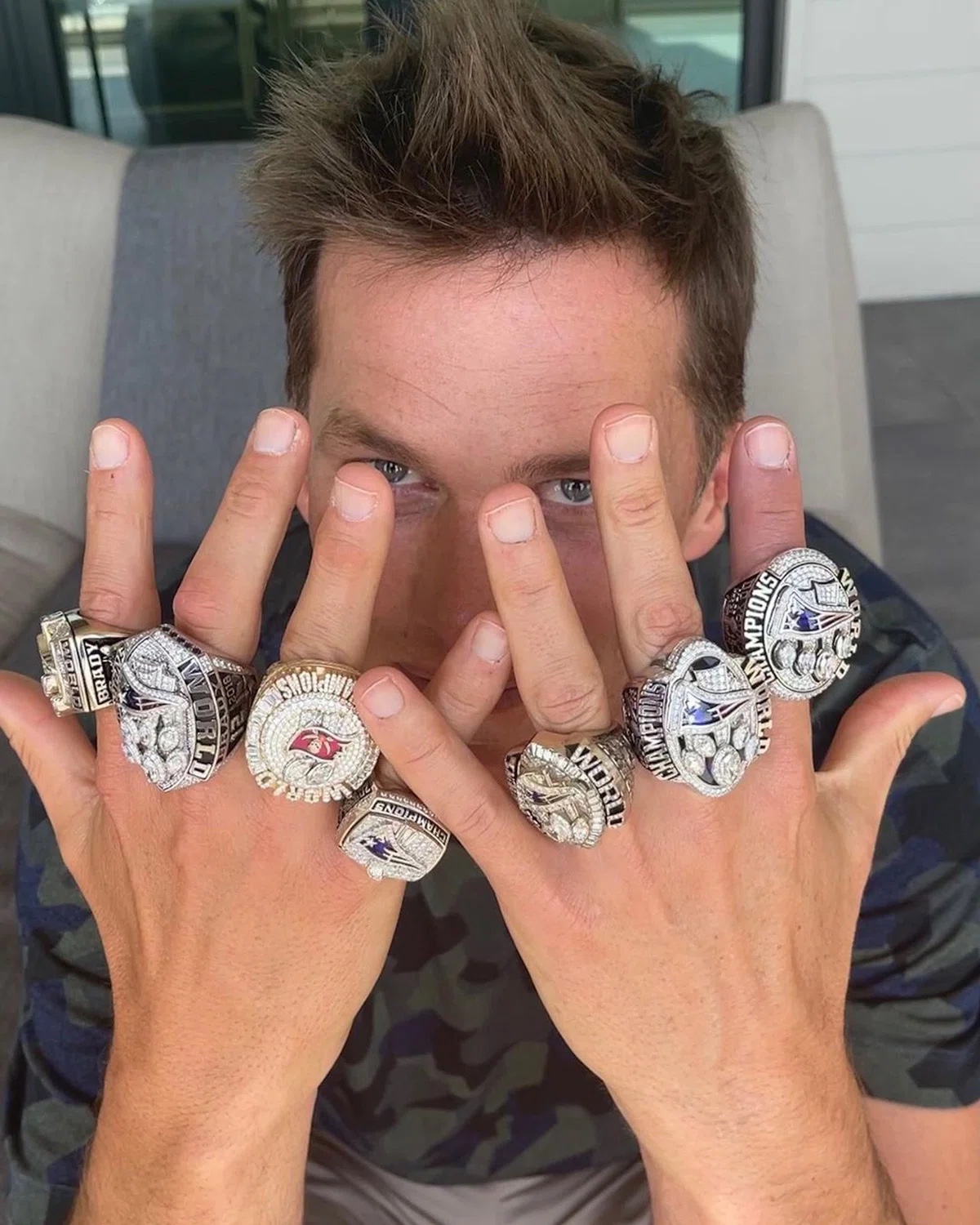 He went from no chance to always had a chance.

Tom Brady entered the NFL inconspicuously as a sixth-round pick. The quarterback from Michigan was not someone whom people expected would do much in the league. Usually, if that’s your starting point, your end point is not that far away.

But Brady was always confident he could make a real career for himself. And that’s exactly what he did.

By the time it was all done, either for Patriots or Tampa Bay Buccaneers, Brady became the most reliable big-game quarterback of all time, and is largely considered the greatest player ever.

Of course, he needed a break to get on the field. In 2001, an injured Drew Bledsoe led to Brady taking over the starting job. If he were like any other sixth-round pick, maybe he holds down the job for a few months, then gets back on the bench. If things had worked out that way, nobody would have batted an eye.

Everyone knows that did not happen, though, and what took place next is now part of history. Brady led the Patriots to the Super Bowl, where they beat the St. Louis Rams in one of the greatest upsets ever.

Soon, Brady led the Patriots to two more Super Bowls, and he had gone from nobody to the triggerman of an NFL dynasty. What became his hallmark was an ability to lead scoring drives when his team needed them most. Brady almost became automatic when the chips were down.

Brady was a star no matter the circumstances, but when everything aligned, he could almost do anything. In 2007, Brady led an undefeated regular season with the help of Hall of Fame receiver Randy Moss. Brady threw for 50 touchdown passes, an awe-inspiring 23 of them to Moss.

Sure, the Patriots did not win the Super Bowl that season, but it was still incredible to see what those two could do together.

What maybe no one saw coming, along with everything else, was how good Brady would be late in his career. He won Super Bowls after the 2014, 2016, and 2018 seasons with the Patriots, and another after 2020 with the Bucs. As he stretched his career into his mid-40s, he became a sure thing.

In the Super Bowl win over the Atlanta Falcons, his performance hit home how automatic he was. When the Patriots took over in overtime, everyone knew what was coming next. Don’t give Brady the ball with a chance to win, because that’s exactly what he will do.

He led a drive that ended with a James White touchdown run to seal it for the Patriots. It was what everyone knew Brady was capable of, but it was more than that. Brady with the chance to win was just a sure thing.

His victory with Tampa Bay just hammered home his legacy as the best ever. Although the Bucs had some talented pieces around him, Brady taking that team all the way seemed to prove that Brady can win with anyone.

And that’s how Brady is perhaps best remembered after news of his retirement spread on Saturday. He is the NFL’s ultimate winner. After a career that started with a spot in the draft where no one usually does much, he ended up really doing everything.

You will likely never see anyone like him ever again. Sure, there will be great players to follow in his footsteps, but Brady was more than just a great player. His ability to take over games and do what no one expects of him, that was special.

And now, when you see someone drafted in the sixth round, you’ll think, maybe, just maybe, because Brady did it first.