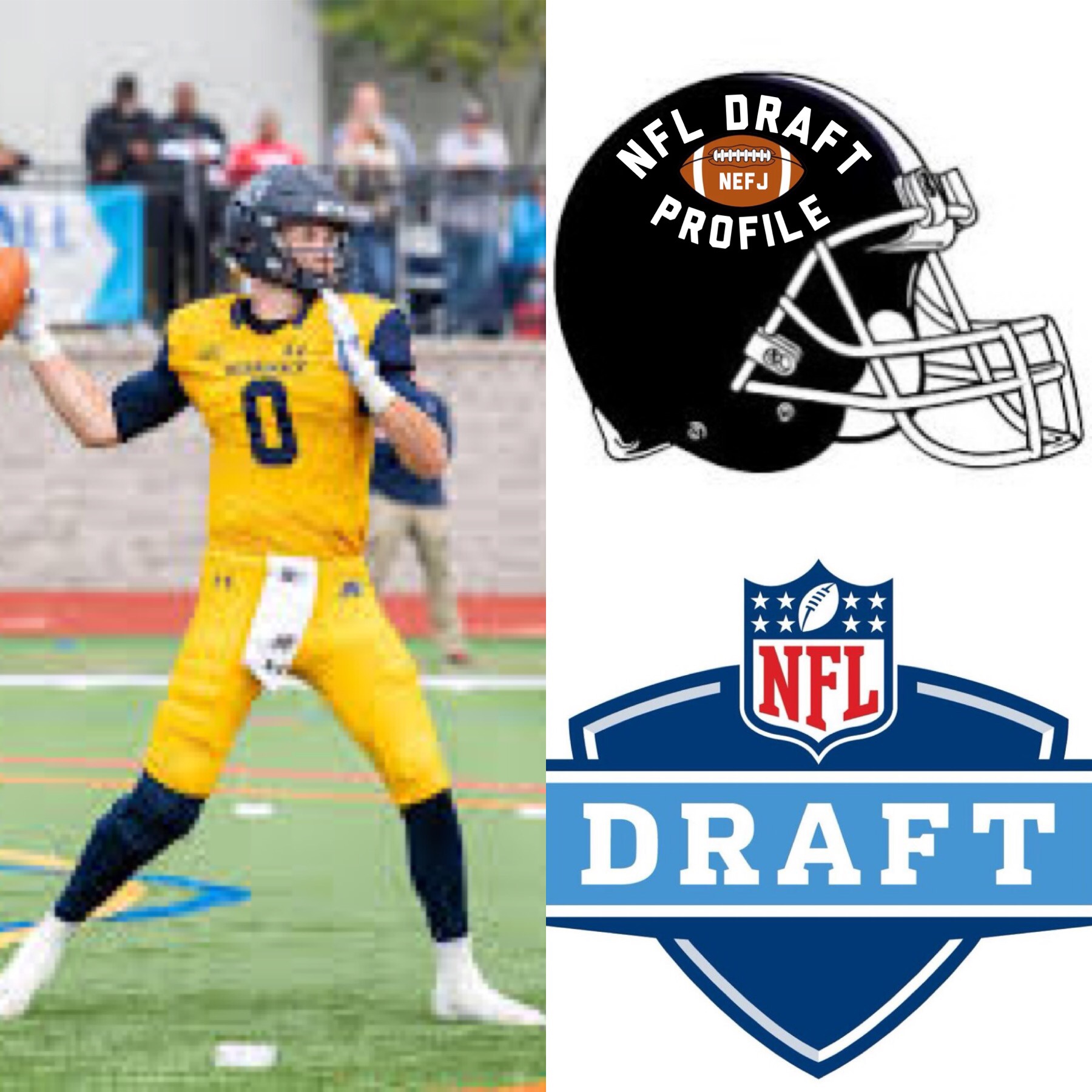 The rest of the country may not know much about Merrimack College football, but they will soon enough thanks to one guy.

He’s not a Massachusetts guy either. But, since transferring from Louisiana Tech after growing up and dominating high school athletics in Shallowater, Texas, Westin Elliott is now carrying the under-recruited, small school flag proudly.

Elliott may not go very high or at all in the NFL Draft in April, but there absolutely will be a team that eventually takes a chance on him, whether it’s after the three days of selections or as an undrafted free agent. Elliott’s size (6’5, 235), the 2,942 yards and 29 touchdowns this past season garnered quite a bit of attention for himself and the program. But, why Merrimack? Especially as a kid who had never been to the Northeast before.

“Merrimack for me was a great opportunity and somewhere I felt really wanted me right off the bat,” Elliott said in a recent interview. “At the end of the day my decision was based on the connections and relationships I was able to build during the recruiting process with QB Coach Luke Bakanowsky and Head Coach Dan Curran, and how quickly those relationships developed, I was able to trust them and believe in them pretty early. I was also super excited about the opportunity to go experience New England and Boston. This was my first time leaving the South in my whole life and I was excited about a new experience.”

Originally, Elliott was only transferring to Merrimack for the love of college football and that new life experience. The dream of playing in the NFL was always there, but never really became a legitimate possibility until much more recently.

“When I came to Merrimack and throughout my college career, my goal was just to play college football. I knew the amount of passion and desire I had just to play,” he explained. “That, combined with the endless workouts, tons of extra work and short nights that I had put into my dreams of being a college football player.

“Although, the NFL was always in the back of my mind and a dream I have had my entire life, I always hoped It would get to this point and I would get a shot. But goal No. 1 for me was to be the starter and experience college football. My dad always told me, “you can’t go to the NFL until you’re the guy in college” so I knew I needed to start there.”

Elliott isn’t one of the guys that will get all the media attention and he certainly isn’t a guy who’s guaranteed to get picked. That means being a professional football player has already started. Elliott’s prep for Pro Days and (hopefully) the NFL Combine in Indianapolis on a day-to-day basis is about a 10-hour grind.

Elliott is also rubbing elbows with Kenny Pickett, who very well may be the first QB taken this year.

“Right now, it’s about 8:30am to 5:30pm every day training at Test football in New Jersey,” said Elliott. “They have an amazing staff and continue to mold my body and constantly work on all of the pro-day tests. That’s usually in the mornings combined with yoga or Pilates and the afternoons 5-6 days a week I’m with Tony Racioppi who is my QB trainer. There are a couple QB’s preparing with him, myself, Kenny Pickett (Pitt) and Dustin Crum (Kent State) are here right now. We are constantly working on all the small tweaks that are required to play at the elite level needed in the NFL.

“Working with Test football and Tony, although I’ve only been here for one of my eight weeks so far, has already been a dream come true and I couldn’t be more blessed to be surrounded by these guys here, they do a great job.  I haven’t been invited to the combine yet, I’m hoping that changes here in the next couple of weeks. As of now, I plan on participating in the pro day at Merrimack which has had a great turnout the past couple years and also participate in Boston College’s Pro Day.”

There have been a bunch of teams showing interest in Elliott already and he’s been able to showcase his talents in front of the most important people this time of year, the scouts.

“I’ve been in contact with quite a few teams,” Elliott acknowledged. “My agent Vincent Nicolsen of 919 sports management has been doing a tremendous job. His efforts combined with my opportunities at the Tropical Bowl, College Gridiron Showcase (CGS) and the FCS National Bowl have also allowed me to display what I can do in front of hundreds of scouts and given me even more exposure and opportunities to interview with teams one-on-one.”

Elliott is currently carrying the small school, under-recruited talent flag as highly as anyone else in the country right now. If trips to Louisiana Tech and then Merrimack don’t stop you from getting noticed, then nothing will. Elliott’s success is a huge story for any other recruits who feel like it’s Power 5 school or bust and it’s something he’s well aware of.

“No doubt,” he said when asked if he felt like his success can translate to others who were in similar situations. “I truly believe if you can play they will find you. Every team in the NFL is trying to put the best players they can find on the field and in their buildings so they can do everything they can to win championships. If you can play, you can play. They want the best players they can find and I don’t think the name on the front of your jersey in college has too much to do with that.

“The opportunity to learn in college, build relationships and play at an elite level is what separates you and allows you the ability to stand out on Saturdays and eventually gain you an opportunity to play on Sundays. Merrimack played a pivotal role in my career and gave me an opportunity to play and be surrounded by a staff and teammates who are relentless workers and turned out to be all I hoped for and more.”

While Westin hasn’t been able to speak with any current NFL QB’s to pick their brain on the process, he has been in touch with a less-familiar name, but one with plenty of valuable experience.

“I was able to sit down and have lunch with Dalton Bell when I was back home. He played three years in the NFL,” Elliott added. “He’s played his college ball at D2 West Texas A&M and played for the Carolina Panthers and Green Bay Packers. He was in Green Bay with Brett Favre and Aaron Rodgers and was able to give me lots on insight on what to expect throughout this process. One of the biggest things he said to me that stuck was just enjoy the opportunity and wherever I end up I’m there for a reason.”

The best advice he got? Confidence in yourself is key.

“His advice was to just have the utmost confidence in myself, which he said was something that he struggled with at times coming from a smaller school and sitting in a room and competing everyday with arguably two of the best to ever play QB in the NFL,” Elliott said. “Once he was able to gain that confidence in himself, that’s when his game escalated to the next level and that’s a piece of advice I’m going to hold close as I move on in my career.”

Elliott may not hear his name called until day three of the draft, or he might not hear it at all. Still, from Texas, to Louisiana, to North Andover Massachusetts and eventually the NFL, his story is one that thousands of young athletes will be able to relate to. He’s not too worried about where or when he’ll be taking the next step either, he’s just going to enjoy it all, starting with a little draft party back where it all started.

“The plan right now is to go back home to Lubbock, Texas and watch with my family and close friends,” he said. “Those are the people that constantly supported me when I wasn’t where I am today and the people that continue to help and support me in any way possible. I couldn’t be more excited about this opportunity and I’m hoping to hear my name called and have my dreams turned to reality before my eyes.

“At the end of the day though it’s all just football and I’m blessed to be here and can’t wait for my next opportunity to play the game.”