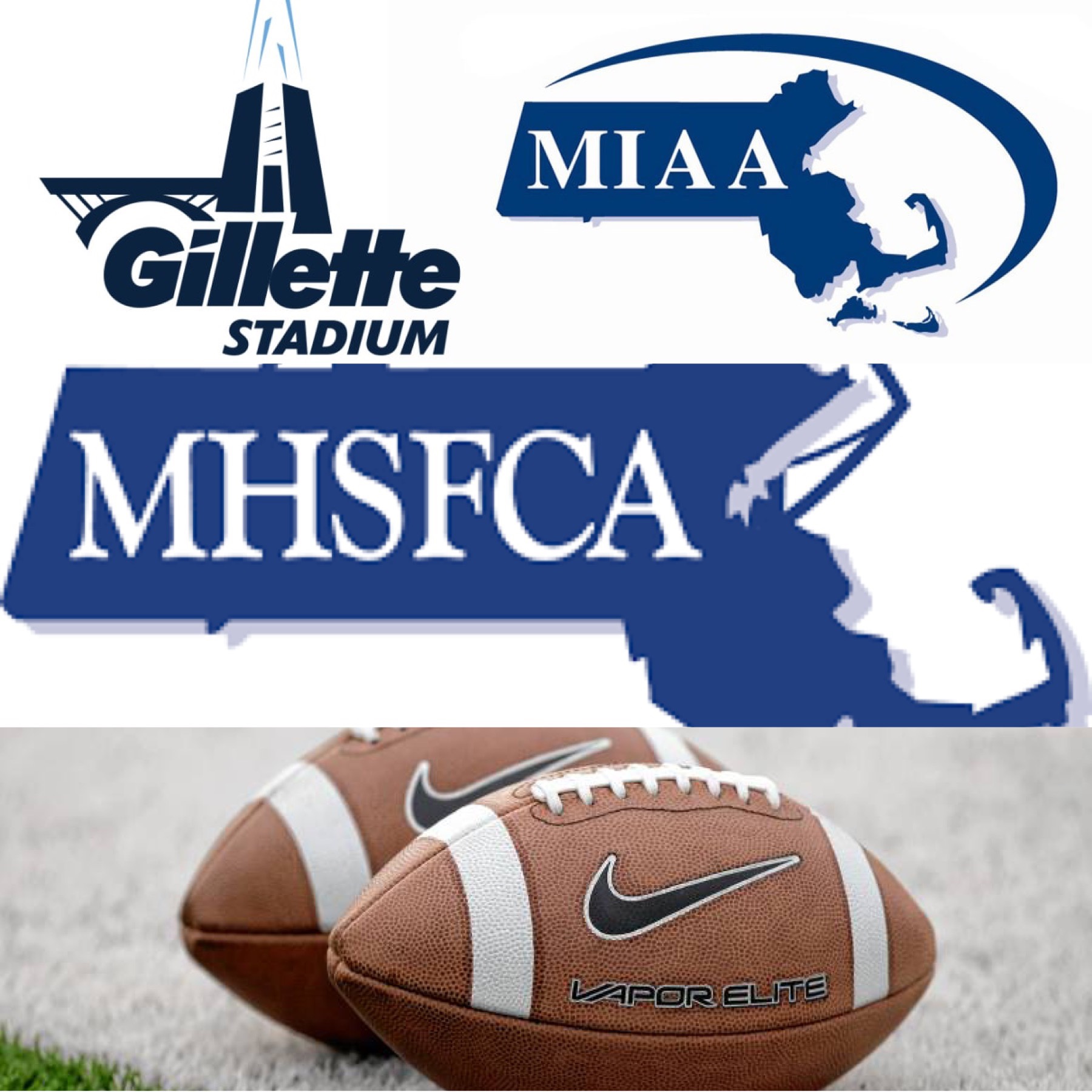 The MIAA held their first football committee meeting of the year and there were several topics that were discussed.

The three major topics were playing the Super Bowls at Gillette, point differential and when rankings are released.

Here are my thoughts on all three topics.

Playing at Gillette: MIAA associate executive director Richard Pearson said that he hopes the Super Bowls can continued to be played at Gillette. Both the MIAA and the MHSFCA stated a desire to continue to play 12 minute quarters.

In order to do that, the MIAA wants to play three of the title games on Friday night and five on Saturday. Playing the three on Friday can work now if you play at 3 pm, 5:30 pm and 8 pm.

Keeping the games at Gillette Stadium is important. The format has its detractors but playing there for a state championship is a unique experience for fans, players and coaches alike. It is the culmination of a great season.

As I have said in the past. I have been fortunate to have coached and covered Super Bowls there. It is a unique experience.

As a side note. Attendance for the games was up this year which is good. It helps make a stronger case for keeping the games there.

Point Differential: Coaches are not fans of the 14 point differential. PERIOD! I have spoken to many coaches who have expressed difficulty in managing games because it.

Coaches would like to see that number moved up to 20-21 points. That way they can justify taking their foot off the proverbial gas.

It is a point of contention that will need further discussion, even if it doesn’t change this off-season. It made managing games hard at times for coaches.

Stare rankings and pairings: I know I sound like a coach advocate and if that’s the case, so be it. The state rankings need to be released as soon as possible. Coaches need as much time on the Sunday after a game to prepare.

Having to wait to see who are they are going to face next in the playoffs, limits their ability to prepare. They cannot wait all day and they don’t four or five GA’s breaking down game film on multiple opponents.

The MIAA needs to do a better job of being efficient in this area. I know it is time consuming and not that easy, but planning and preparation is everything in football. Especially in the playoffs.