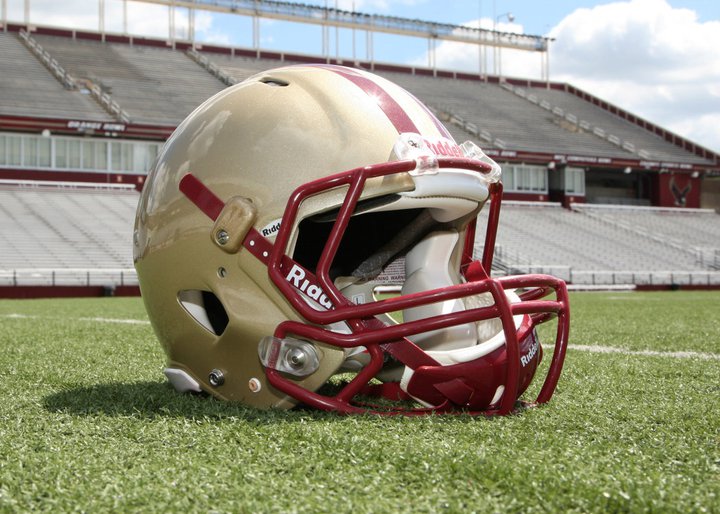 The life of a football staff at the Division 1 level isn’t an easy one. Even when there’s little football going on, it’s a 24/7, 365 gig.

As the NFL season winds down and the college season is officially over, head coaches, assistants, player personnel directors and anyone else needed are hard at work prepping for the draft and trying to bring in classes that may turn a program from pretender to contender within the next few years.

Boston College is no exception and there’s been quite a bit of news to come out of Chestnut Hill recently.

First and probably most importantly, Tyler Vrabel recently declared for the NFL Draft. Vrabel – his dad is currently coaching the No. 1 seed and arguably the favorite in the AFC – will undoubtedly be a steal wherever he ends up. What’s concerning for Eagles fans is the fact that Ben Petrula, Zion Johnson, Alec Lindstrom and now Tyler Vrabel are all officially gone. The most sure thing the program had over the last four-plus years is now no more. It’s college athletics, so we all knew that day was coming eventually, but things are going to look very different up front next season with Christian Mahogany serving as the most likely veteran leader.

Jehlani Galloway and Ethon Williams recently entered the transfer portal, joining Kobay White and CJ Lewis on the way out the door at BC. Neither guy was a huge factor in 2021, but it’s still more talent at the receiver position leaving. With the recent departure of Frank Cignetti at offensive coordinator, building continuity with the guys that have remained and the new recruits is going to be critical during spring ball.

Now, Coach Hafley acknowledged that this was going to happen during one of his media availabilities during the early Military Bowl prep practices. With roster movement at an all-time high in college football and the extra Covid year no longer being a thing, there was ultimately going to be a numbers game. Many of the guys leaving with a year or two of eligibility left were also Steve Adazzio guys, so they may not have had a true commitment with Hafley had they been “his guys” this whole time.

While the inevitable departure of some talented guys is hard to swallow for some fans, there’s also the flip side of things. On Wednesday, BC announced the signing of eight mid-year enrollees to the team as classes resumed Tuesday for the spring semester.

Six true freshmen that signed on with BC in December are part of the mid-year class. In addition, two transfers, wide receiver Dino Tomlin (Maryland) and Regen Terry (Arizona) joined the mid-year additions for the Eagles. All eight players will be part of spring practice for the Eagles when it begins on February 26.

The full list of players Getting In with Hafley and the Eagles in just a few weeks is listed below:

Tomlin’s name will be an intriguing one to watch as he is the son of Steelers head coach Mike Tomlin. There will be an interesting dynamic there if Pittsburgh doesn’t draft a QB this year and decides to fill Big Ben’s spot the way the Patriots originally tried to fill Brady’s spot via free agency. If that’s the case and Tomlin is a factor in the passing game, then his father can get plenty of looks at Phil Jurkovec heading into the 2023 NFL Draft. Just something to keep an eye on heading into the year.

These are important times over at BC as Hafley and his staff try to navigate this topsy turvy, transfer portal world we now live in while trying to build a legitimate contender.