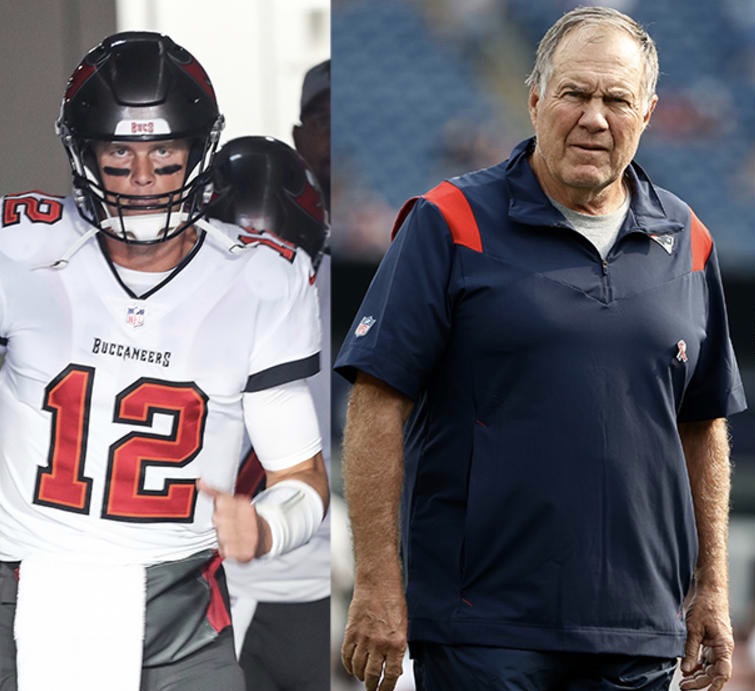 Tom Brady will be playing in the NFC Divisional round next weekend while Bill Belichick will be sitting at home for the second straight year.

Tom Brady is two wins away from playing in his second straight Super Bowl with Bruce Arians and the Tampa Bay Buccaneers. Bill Belichick just lost to the Buffalo Bills by 30 points in the Wild Card round a year after missing the playoffs entirely. Oh, and Brady beat Bill head-to-head this year as well.

Whether you like it or not, the Brady-Belichick scoreboard talk will probably be ramping up these next few weeks locally and nationally, especially if Brady keeps winning.

For a chunk of this season, Belichick was coaching his ass off, putting together one of his best performances in years. Whatever happened between the bye week and the Saturday night thrashing from Buffalo may be questioned for years. We still don’t have Malcolm Butler answers and I believe this may reach that territory. It also re-opened the door for the discussion to rear its ugly head again. This collapse was almost as bad as the 2011 Red Sox, that’s really how far the Patriots fell in such a short amount of time.

With a defeat so embarrassingly ugly on top of the late season collapse and Tom Brady now two wins away from playing for an eighth ring wearing friggin red, white and pewter, it’s a fair question again. I firmly stand with the people that believe both of them were equally as important to each other (with maybe a slight lean towards Brady) at that time in their careers. Six titles don’t reside at 1 Patriot Place with any other coach-quarterback combination here aside from those two. However, it’s hard not to start leaning more and more towards Brady as the results continue to come out right before our eyes.

After so much talk about a lack of focus, attention to detail and not taking preparation and practice as seriously as they did during the seven-game winning streak, it’s hard not think it might have been different if Brady was still the main voice in the locker room. The voices charged with leading this team simply weren’t loud enough for the 2021 Patriots when they needed it most.

It felt like there may have been some closure to this whole Brady still lingering thing when the Bucs visited during the regular season, but it’s back. Brady may be on his way towards another Lombardi while the Patriots remain lightyears away from contending just within the division again.

Brady has become quite an odd and often times unlikable guy off the field and his friendship with Antonio Brown, Alex Guerrero and others is puzzling, but the guy just wins. He’s a winner and makes other people winners wherever he goes, something Bill Belichick refused to acknowledge which is ultimately why things are the way they are.

If the Patriots and Bucs had met in this year’s Super Bowl, there is a group of people that would have absolutely rooted for the Patriots, but would have had some of the disappointment taken away knowing it was Brady who won again. There is also a group of fans that absolutely despise him now. They’re the ones who want to give Belichick all of the credit and want to see nothing but failure out of Brady for however long he decides to play for. The idea of Brady winning a ring – no matter who it’s against – makes them viscerally angry.

Those folks in the latter group are going to have a tough time over the next few weeks. There are some serious kinks in the armor with more possibly on the way and no end in sight. The first three rounds of Belichick v. Brady have gone to Brady and the fight really hasn’t even been close yet.

This topic isn’t going anywhere either no matter how hard you try to fight it for as long as Brady is playing in the postseason. In the famous words of George Costanza, “just when I think I’m out, they pull me back in.”