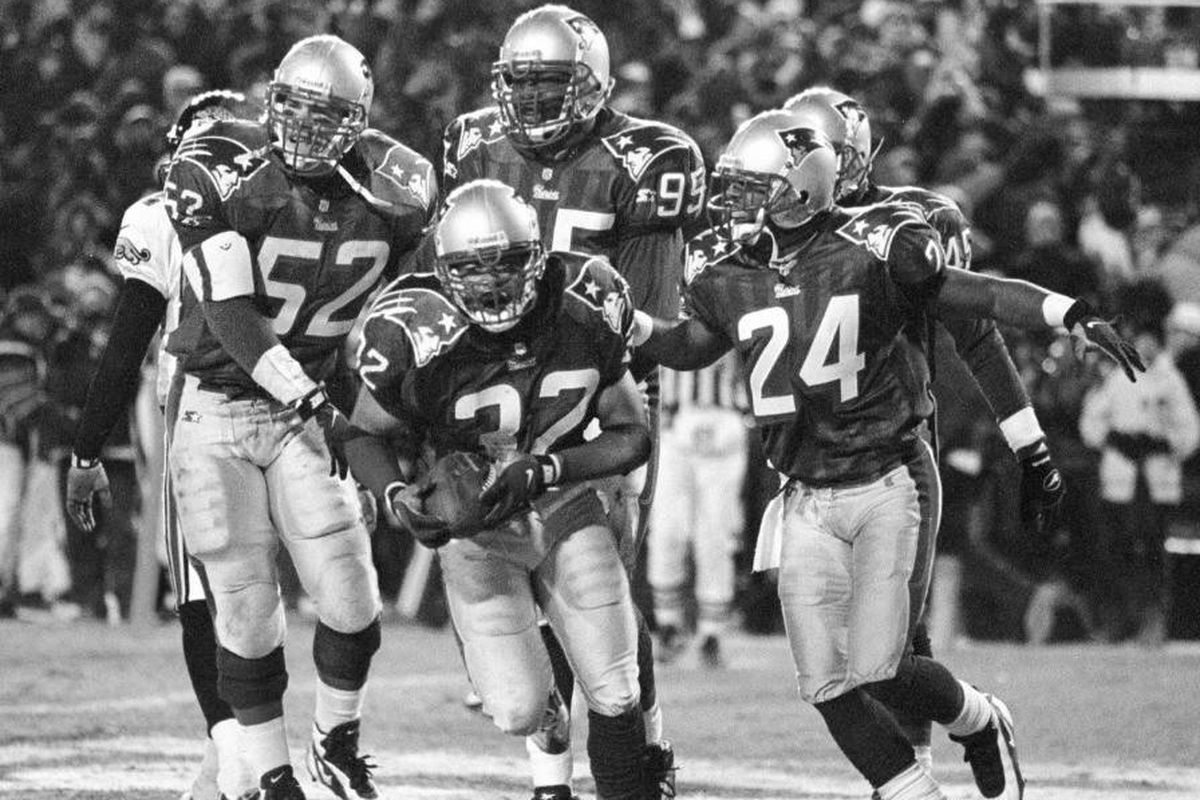 Saturday is going to be a historic night for the Patriots franchise for a few different reasons.

Not only is the prime time matchup with the Buffalo Bills just the second playoff meeting all time between the two franchises, but it’ll also be the first playoff game in 23 years for the Patriots without Tom Brady under center.

January 3, 1999 was the last time a quarterback not named Brady started a playoff game. The 1998 Patriots were the No. 6 seed after the Jets won the AFC East that year under Bill Parcells. The QB that day for New England? Who else but Scott Zolak. Robert Edwards was the lead back and two big names – Ted Johnson and Terry Glenn – both missed the game due to injuries. Mark Brunell, Fred Taylor, Keenan McCardell and a dominant defense led the Jaguars to a 25-10 win, sending the Pete Carroll-led Pats home for the winter.

To put in perspective how long it’s been since the Pats had someone other than Brady at QB, here are a few facts from 1999…

MOVIE DEBUTS – The Sixth Sense, The Matrix, American Pie, Toy Story 2, She’s All That, Varsity Blues, The Green Mile & The Blair Witch Project among others. Star Wars “The Phantom Menace” was also arguably the most popular movie.

OTHER TIDBITS- Bill Clinton’s Impeachment trial began January 7. Of course, the Y2K craze began to take hold approaching the new millennium. PayPal was invented. Michael Jordan retired from the NBA for a second time. Gillette Stadium was still three years from opening. The last Boston sports championship at the time came from the 1986 Celtics.

As for the game against the Jags, it wasn’t pretty to say the least. Zolak finished 21-for-44 with 190 yards, an interception and a sack. Edwards carried the ball 17 times but only mustered 28 yards and a touchdown. Troy Brown, Tony Simmons and Shawn Jefferson were the leading receivers, but none of them cracked 50 yards. Mark Brunell was only 14-for-34 with 161 yards and a touchdown, but Taylor was a beast, carrying the ball 33 times for 162 yards and a touchdown. McCardell hauled in six balls for 72 yards and Jimmy Smith put up a 5/56/1 stat line. Mike Hollis added four field goal for the upstart Jags as well. Adam Vinatieri had one field goal for the Pats.

Defensively, Tedy Bruschi and Ty Law led the way with seven tackles each while “big play” Willie Clay added five of his own and Derrick Cullors had two fumble recoveries. The Jags’ defense held New England to just 206 total yards of offense, forced four fumbles and held the Pats to 14 first downs.

Less than a month later (when the Super Bowl was still in January) the Broncos manhandled the “dirty bird” Falcons in the Super Bowl to send John Elway out on top. Two days before the Pats-Jags game, Tom Brady led an epic comeback for Michigan over Arkansas in the Citrus Bowl.

Now, 23 seasons later, Scott Zolak and Tom Brady won’t be suiting up for the Patriots in a playoff game. Instead, it’ll be a young rookie named Mac Jones who was competing for a national championship in college at this time a year ago.

Time flies when you’re having fun. Patriots fans sure hope Saturday night’s game in Buffalo is a lot more fun than the one in 1999 the last time someone other than Tom Brady was leading the way in the postseason.