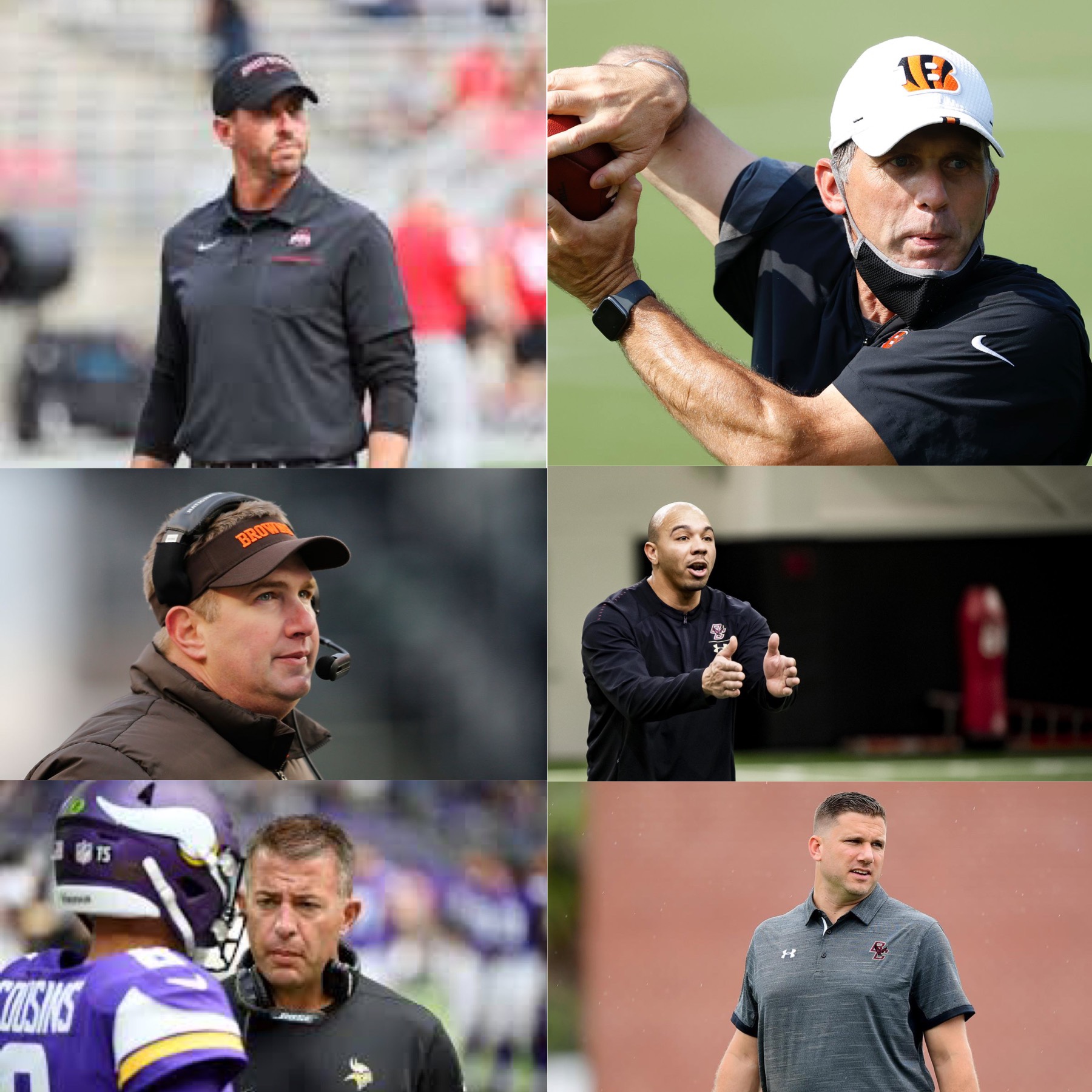 Given the timing of the move, it is probably best to keep it in house but Hafley may opt to open it up and interview outside candidates as well. Here are some potential candidates who we think may be in the running. Most have worked with Hafley during his career.

Joe Dailey, WR Coach, Boston College: Dailey is the favorite in our opinion. He has been groomed to be Cignetti’s successor. Dailey has coordinating experience at Liberty and New Mexico. He has done a great job of developing the Eagles receivers and has good relationship with quarterback Phil Jurkovec. Dailey is also a tremendous recruiter so elevating him makes a lot of sense.

Matt Applebaum, Offensive Line Coach, Boston College: Applebaum has done a good job of developing the Eagles offensive line and getting the most out of the seniors. NFL teams have been knocking on his door but Applebaum has chosen to stay at Boston College. He has coordinating experience from his time at Davidson where he was the offensive coordinator in 2017. Applebaum is well respected by his players and is a worthy candidate.

Rob Chudzinski, Special Assistant to the Head Coach, Boston College: Chudzinski has extensive NFL and college experience. He has been a head coach and offensive coordinator in the NFL. He was also the offensive coordinator at Miami in the early 2000’s when the Canes were dominant. Chudzinski played tight end at Miami. The 53 year old veteran assistant has a tremendous resume. If Hafley is looking for a veteran coach who would run a pro-style offense, Chudzinski is his guy.

John DeFilippo, Coaching Free Agent: The son of former Boston College Athletic Director Gene DeFillipo has extensive NFL coordinating experience and he won a Super Bowl with the Philadelphia Eagles in 2018. DeFilippo was also the quarterbacks coach and offensive coordinator at San Jose State in 2011. He has a great reputation as quarterbacks coach and could really help Phil Jurkovec develop.

Brian Hartline, Pass Game Coordinator, Wide Receivers Coach, Ohio State: Hartline would be a long shot seeing that he just got a promotion and he’s an Ohio State alum. Hafley and Hartline coached together at Ohio State so Hafley is fully aware of the type of coach and recruiter Hartline is. He would work wonders with Jurkovec and the receivers but the chances of him leaving Ohio State to come to Boston College are slim.

Brian Angelichio, TE Coach, Carolina Panthers: Angelichio and Hafley have coached together at Pitt, Rutgers and in the NFL with the Bucs and Browns. They know each other well. Angelichio hasn’t been an offensive coordinator since 2005 when he was at Ithaca. That was a long time ago but despite that, Hafley knows what kind of coach Angelichio is and what he brings to the table. The fact that Angelichio hasn’t coordinated in a long time is a bit of an issue.

Bob Bicknell, Coaching Free Agent: Bicknell is a local guy and the son of former Boston College Head Coach Jack Bicknell. Bob was last the receivers coach for the Cincinnati Bengals in 2020. He has extensive experience as a head coach, coordinator and position coach. Being from the area with a recognizable name doesn’t hurt either but realistically speaking, he is a long shot.

Corey Dennis, Quarterbacks Coach, Ohio State: Dennis has been at Ohio State since 2015. He worked with Hafley for one year at Ohio State so it is hard to tell if there actually a connection there. Dennis has done a masterful job with Buckeyes quarterbacks and while he may not coordinating experience, he has played a significant role in the development of the Ohio State passing game. A name worth keeping an eye on.

John Perry, Offensive Coordinator, Sam Houston State: Perry comes from the Perry Coaching Family and is a Massachusetts native. He recently took the offensive coordinator job at Sam Houston State but the chance to come home could appeal to the former Houston Texans receivers coach. Perry and Hafley have no connection and Perry is currently employed so this could be a long shot as well.