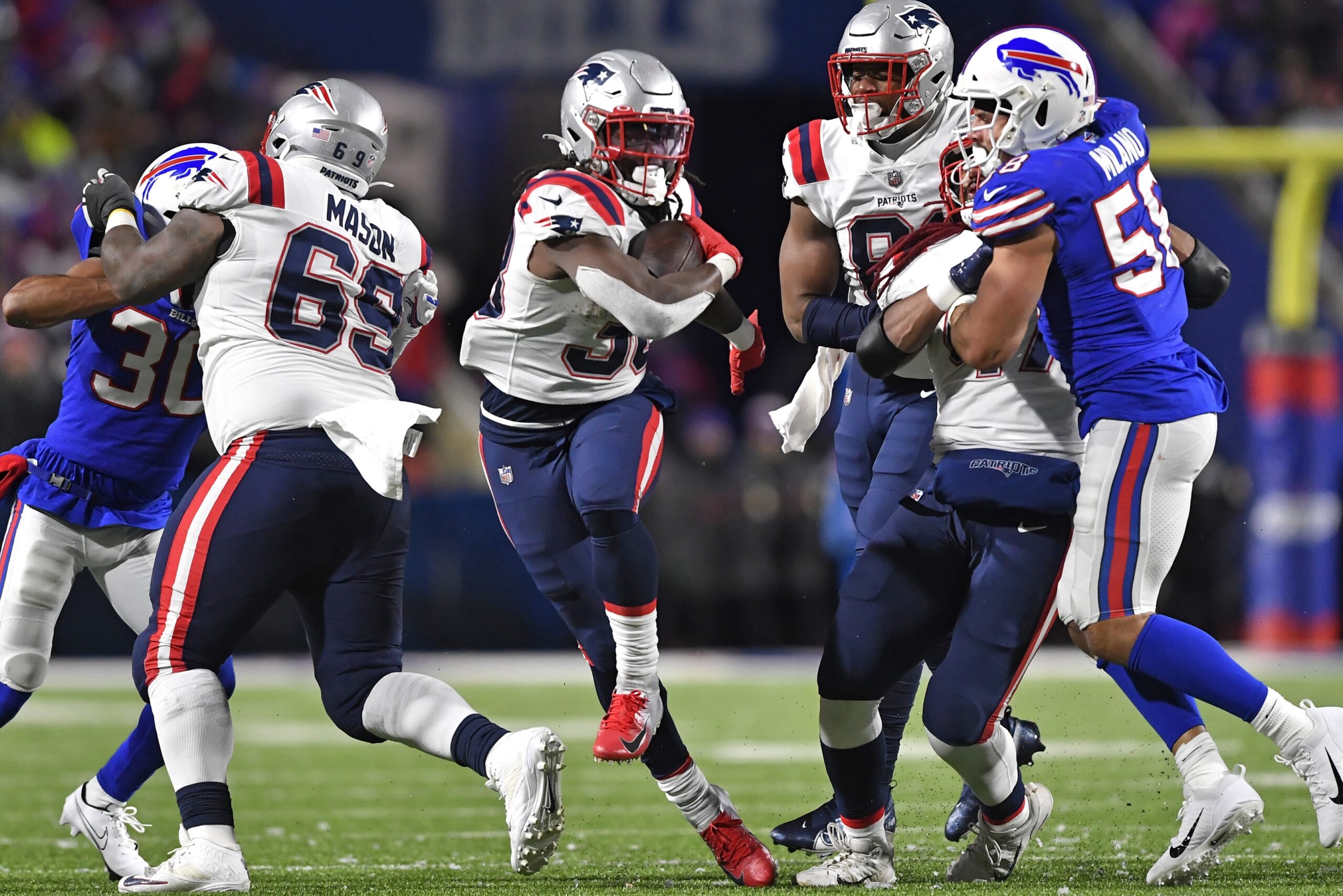 When it comes to the playoffs and the month of January, people like to focus on the weather. It is usually a factor this time of year.

The forecasted game time temperature for the Patriots, Bills playoff game in Buffalo on Saturday night is supposed to be 7 degrees with windchills between 0 to -5. That’s cold.

Dealing with that kind of cold from a mental and physical standpoint takes a lot. The players and coaches can down play it all they want, but it is in the backs of their minds. They are thinking about it.

Bill Belichick and Josh McDaniels are also thinking about it from a game plan perspective. How do you go on the road, in a hostile environment under these conditions and win a football game? Simple. You do what you did six weeks ago. You run the football.

The Patriots should take the game plan from the first meeting, tweak it and use it again. They should get into 21 and 22 personnel as much as possible and run the ball. Especially early. Add an extra offensive lineman to the mix and the Patriots should be able to set a physical tone in this game.

Patriots in 21 and 22 personnel formations.

The Bills finished 13th in the league against the run. Despite that ranking, they are still tough to run on. Factor in the conditions and you know they will be much more prepared to defend the run than they were in the first match up. That is why the Patriots will need Mac Jones to throw the ball more than three times.

Shortening the game, making it easier on Jones and leaning on your defense and special teams is the best recipe for success. It is easier said than done, especially given how the Patriots have been playing of late. However, from a coaching standpoint, you cannot worry about the past. You have to focus on this game and what it will take to win it. What it will take is being the more physically dominant team.

Establishing a physical presence with the run game, getting some early stops and tilting field position in your favor with the kicking game are key ingredients in games like this.

If the Patriots do all three of these things, they can win on Saturday night. It will be a tall order, but I wouldn’t bet against Bill Belichick in games like this. He has a career record of 35-9 with a point differential +459 in games where the temperature is 32 degrees or less. That’s pretty good.

The Patriots will have a good plan offensively. They just need to execute it and play a complete game. The best way to do that is to pound the ball and control the pace of the game. If they do that, they’ll win. It might not be pretty but style points don’t matter this time of year.

So with that said. RUN THE DAMN BALL!