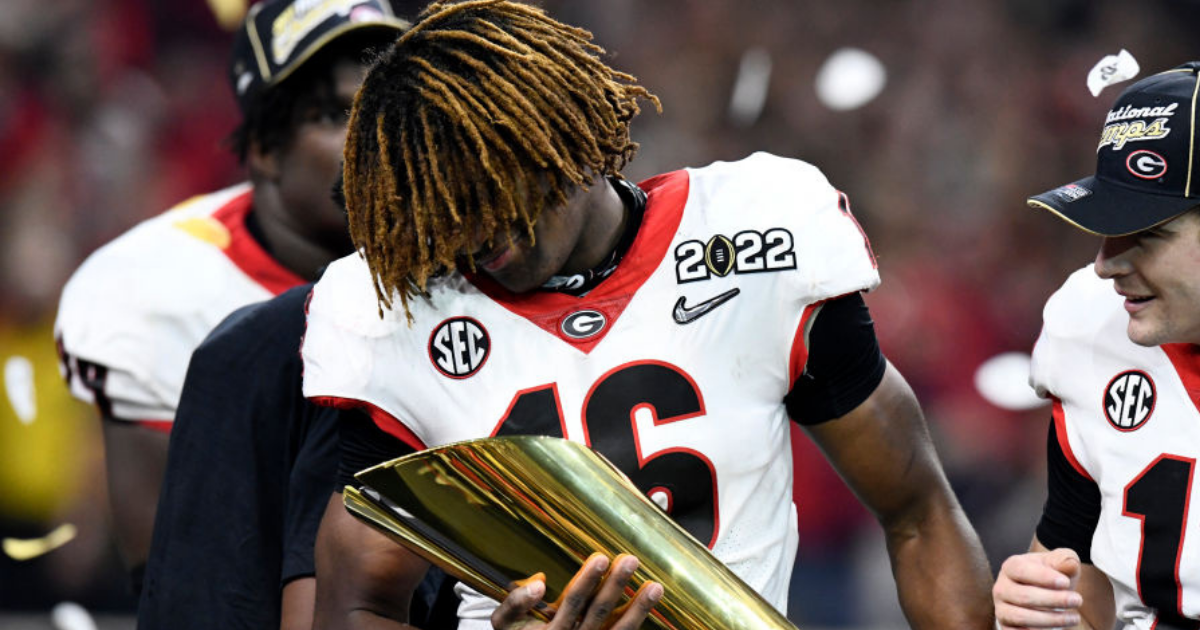 Georgia safety and Everett native Lewis Cine was voted as the Defensive Player of the Game in Monday night’s national championship game. Georgia won 33-16 and claimed their first national title in 41 years.

Cine finished with seven total tackles, 6 solo tackles, 1 tackle for loss and 1 pass break up. He was all over the place for a Georgia defense that returned to form after a tough SEC Championship Game loss to Alabama.

After the game, Cine joined Sirius Radio’s College OT show and credited his coaches for simplifying things and letting the guys play football.

“Well honestly, for one, the coaches simplified everything, where you didn’t have to worry about a whole lot of thinking and you could just play and execute,” Cine added-“We focused a whole lot on man, covering, playing the ball, so all those little things contributed to what happened here today. We didn’t do anything too crazy, too special, we just made sure everyone was on the same page and was playing the same calls, the same assignments. On defense, we didn’t allow a whole lot of explosives, we came up big for our offense and our offense did what they had to do at the time they had to do it so we came out with the win.”

Of course after the game there was also universal praise for the former Everett star who played his senior season of football at Trinity Christian High School in Cedar Hill, Texas.

From local media to the Everett Police Chief, everyone commented with how impressed they were with Cine’s performance and how cool it was that he won a national championship at Georgia.

It was a night to remember for a young kid from Everett who was nicknamed the “Haitian Hammer” because he was so physical. Cine shined on the biggest stage and in the process proved that Massachusetts kids can play big time college football and make an impact.