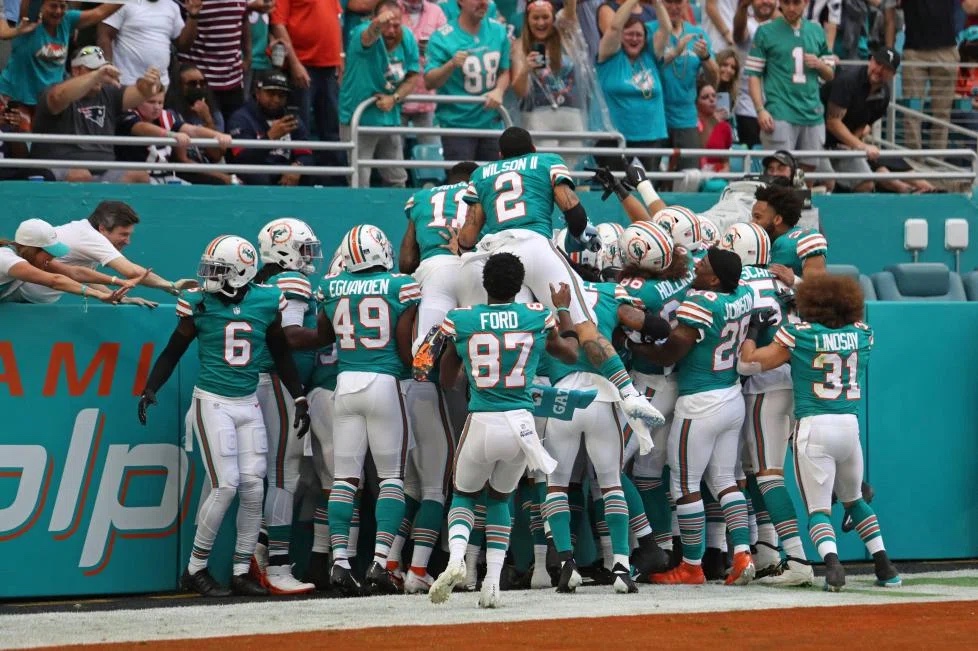 All week long the Patriots talked about the importance of getting off to a good start in their game against the Dolphins. Well, it is one thing to talk about and another thing to do it.

After giving up an opening drive touchdown, Mac Jones followed that up with a gift wrapped pick six to cornerback Xavien Howard in the right flat. Before you knew, it was 14-0 Miami and the Patriots were in catch up mode.

We have said it countless times this season. The Patriots are not built to play from behind. They are built to play with the lead. In many ways, they are like a triple option team of the sixties. If they score first and control the pace of the game, they are dominate and win. If they fall behind however, it is a forgone conclusion that they will lose.

It hasn’t helped that the defense which was the catalyst for their seven game winning streak earlier this season has been bad in three of the last four games.

New England is built to run the ball, play good defense and control field position on special teams. The defense can’t stop the run or get off the field on key downs. Special teams have been a mess. The kicking game hasn’t routinely given the offense good field position and penalties have been a problem as we once again saw yesterday.

The end result is a 10-7 finish in the regular season and a trip to Buffalo in the Wild Card round. The Patriots actually executed their formula when they won there six weeks ago but let’s face it. It is going to be hard to replicate that game plan unless the weather plays a factor in the game. The game we saw on December 26th at Gillette Stadium is a more accurate representation of where these two teams are right now.

Can the Patriots win a third meeting versus the Bills? Sure. If they get off to a good start and control the pace. Given their recent play however, that is a big IF. The Patriots would need to either score first or get that first stop and give the offense the ball back in a scoreless game. Either way, it might be a lot to ask for given the way this team is playing right now.

The good news is, you reset the season in the post season. The Patriots can get back to playing the way they did earlier this season. They have a week to figure it out and they have to do it against an opponent who knows them well.

Regardless of that fact, getting off to a good start is the number one key next week. We will know in the first ten minutes of the game if the Patriots are going to be competitive in these playoffs or if they’ll be one and done.