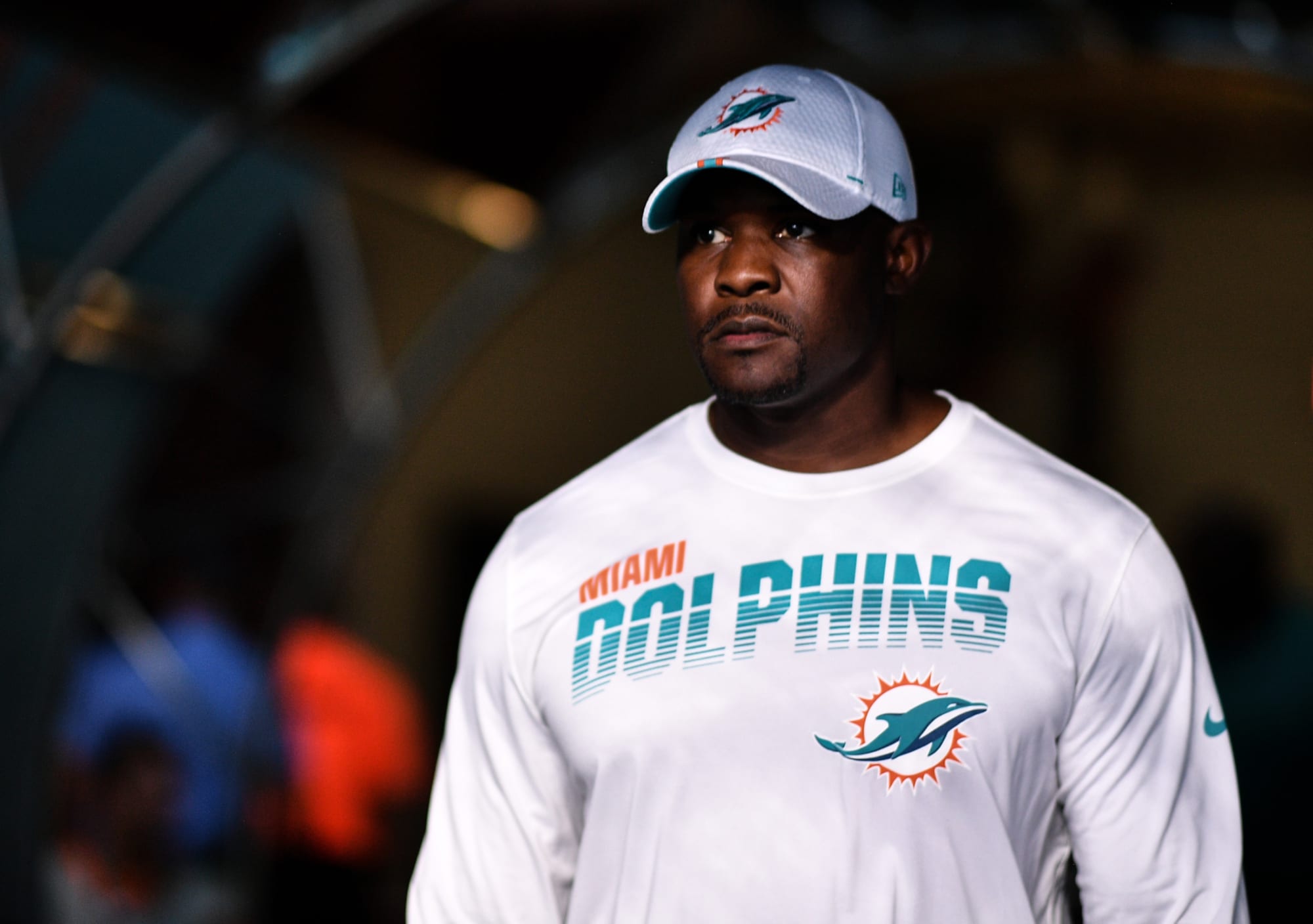 
Is there even a doubt now? Brian Flores is the best head coach from the Belichick coaching tree.

Flores led the Miami Dolphins to the team’s first season sweep over the Patriots since 2000 on Sunday and it really wasn’t even close. The Dolphins dominated much of the 33-24 regular season finale.

Sure, Flores and his team won’t be playing in the playoffs next week, but the former BC Eagle became just the fourth head coach in Miami franchise history to finish with two winning seasons in his first three with the team and his guys played extremely hard for him throughout this strange 18-week schedule.

Some of those guys may have got one over on Bill here or there when they were head coaches, but none of them instilled the immediate culture change that Flores has. More importantly, none of them have had the success against Belichick head-to-head that Flores has had.

Flores has now beaten Belichick four times (4-2), becoming the first former assistant to do so and just the seventh coach ever to beat the Pats at least four times during the era of The Hoodie.

“The credit goes to the players, coaches. I am always going to feel like and wish I could have done more,” Flores said after the win on Sunday. “And our guys did work hard from the players and coaches, but obviously our support staff. It’s a special group. I’m happy, I’m proud to be a part of it. And I’m excited for the way they played today. Proud of the way they played today and really the second half of the season.”

When asked about how significant the season sweep was, Flores was complementary of the Patriots.

“They do a great job. They’re well-coached. They battled for 60 minutes. We saw that tonight,” he said. “They play well in all three phases. And like I said earlier, when you’re away, I know certainly for me I’ve grown more of an appreciation for the things I’ve learned there and try to implement them here and really in every area of my life. But it’s nice to always win. I’m glad — I’m happy for our players and our coaches and our support staff to go out with this win.”

Flores expanded a bit more and explained just what he learned under Belichick and how he’s tried to apply it. That alone is a big reason why Flores has had the success he’s had. It’s apparent that he’s been able to translate many of the lessons learned in New England over to Miami in a positive way, which is something each of the former assistants mentioned above struggled with quite a bit when trying to establish that must-have respect from the players.

“I think as I get time to reflect, kind of put it all together; so many variables, from offense, defense, special teams, scheduling. Just so many things. So many areas where you can learn. I try to be better in every one of those areas.”

Belichick was probably a pissed off guy (and rightfully so) incapable of appreciating how far Flores has come in a short amount of time immediately after the game on Sunday, but he certainly should be keeping a close eye on B-Flo’s progress over the next few years.

The more success Flores has, the faster the stench of the other failed coaching experiments from the Belichick tree goes away.