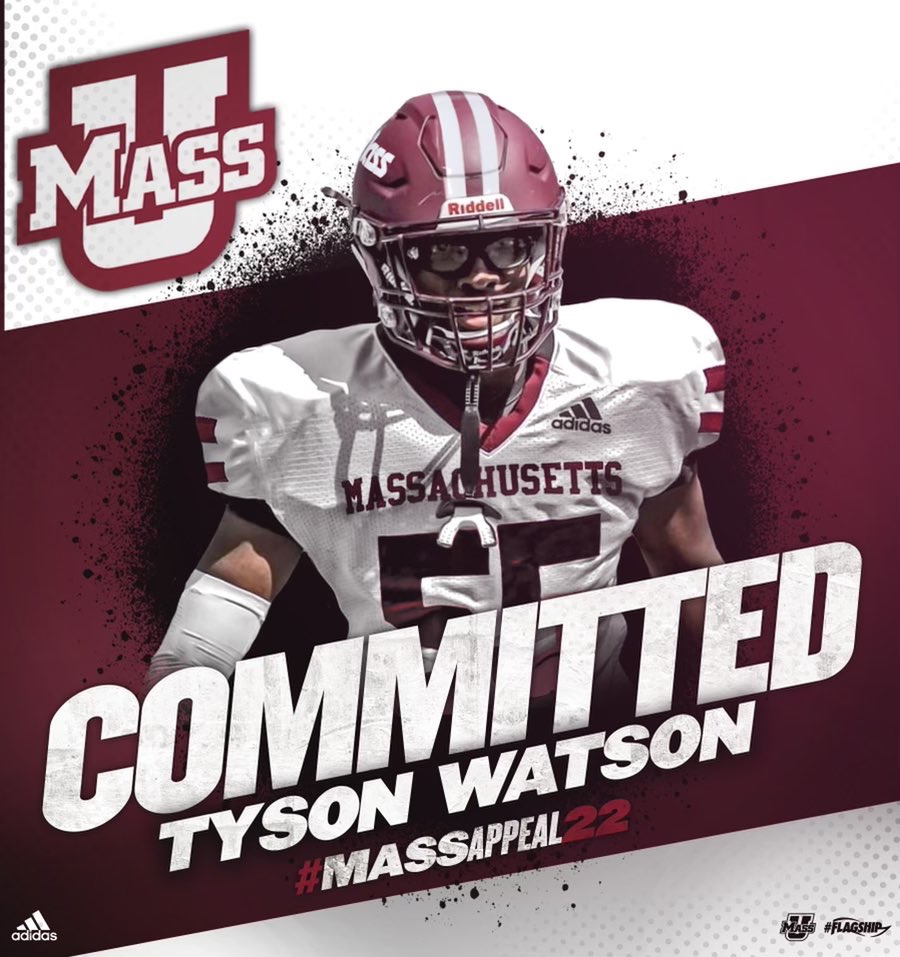 Watson announced his decision earlier today on Twitter. The 6-6 285 pound Watson still has four years of eligibility left which makes his commitment even more important.

Watson was a three star recruit out of Warren Mott High School in Warren, Michigan. He is long, athletic and has the type of frame that allows him to add weight which is good when you consider how much eligibility he has left.

It will take Watson a little bit longer to develop but once he does, he will be an impact player for UMass. He offers front versatility in that he can play the 5 or 9 technique defensive end or he can kick inside and play tackle in sub packages. Long term, Watson could be a tackle, especially if he puts on weight.

Don Brown’s reputation as a recruiter once again helped in this situation. He was able to recruit Watson and paint a picture of success for him.

Playing in Brown’s defense is an added bonus and a big reason why defensive players will pick UMass over other schools.