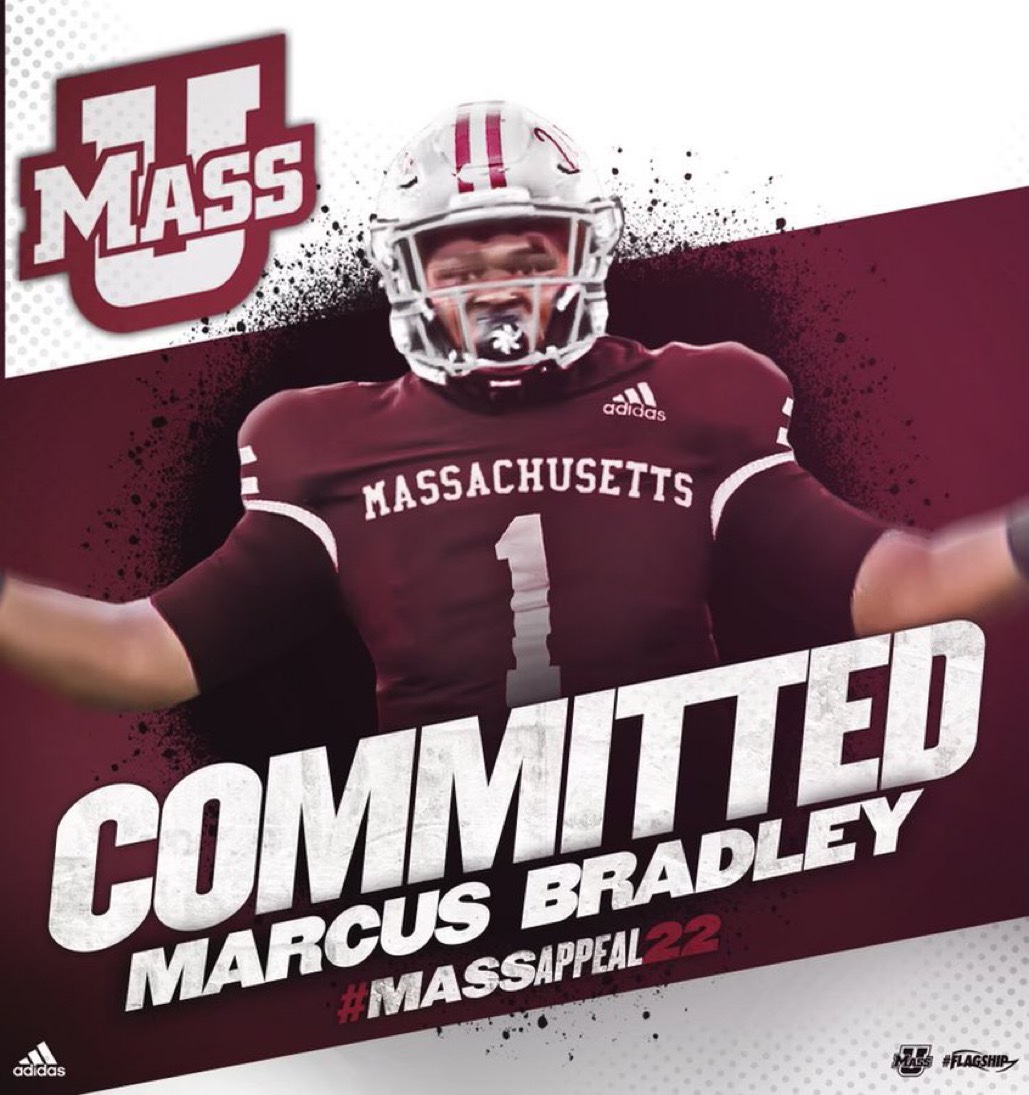 Defensive end Marcus Bradley surprised the college football world on New Year’s Day when he announced he is transferring from Vanderbilt to UMass.

The four star recruit out of Gaithersburg, Maryland was garnering interest from several high profile programs including Boston College but ultimately chose UMass.

Bradley’s decision to transfer centers around playing time. He played in two games as a freshmen (Georgia and UConn) but he felt he should have been playing more. A sentiment Vanderbilt coach Clark Lea addressed.

“Marcus is a talented person and player that doesn’t quite have the behaviors and habits yet to be an active part of the program,” Lea said. “Until he does, he’s going to have to grow and mature, and we support him in that. But part of changing and transforming an environment is transforming the habits and behaviors that make up that environment, and we have to be really clear on what the expectations are and what a high-performance culture looks like and feels like. We’re waiting on him to be a part of that.”

It sounds like Bradley may have had some different opinions of himself and his situation so he entered the portal and has landed in Amherst.

So what can Minutemen fans expect out of Bradley? At 6-3 270, he has good size. He can play the five or nine technique defensive end on first and second down and then kick inside to tackle on third and long. He explodes off the ball and has strong hands. He plays bigger than his size.

Bradley has a terrific upside and he will continue to grow into his body. He has the potential to make an immediate impact.

Landing a player of Bradley’s caliber in the transfer portal is a coup for Don Brown. It means that players outside the program want to play for him and that they are excited about the future of the program.

Adding Bradley is only the beginning. You can expect to see other talented players chose UMass in the coming weeks. Brown said he was going to utilize the portal to rebuild this roster. Well, Bradley is the first big piece in the rebuild.