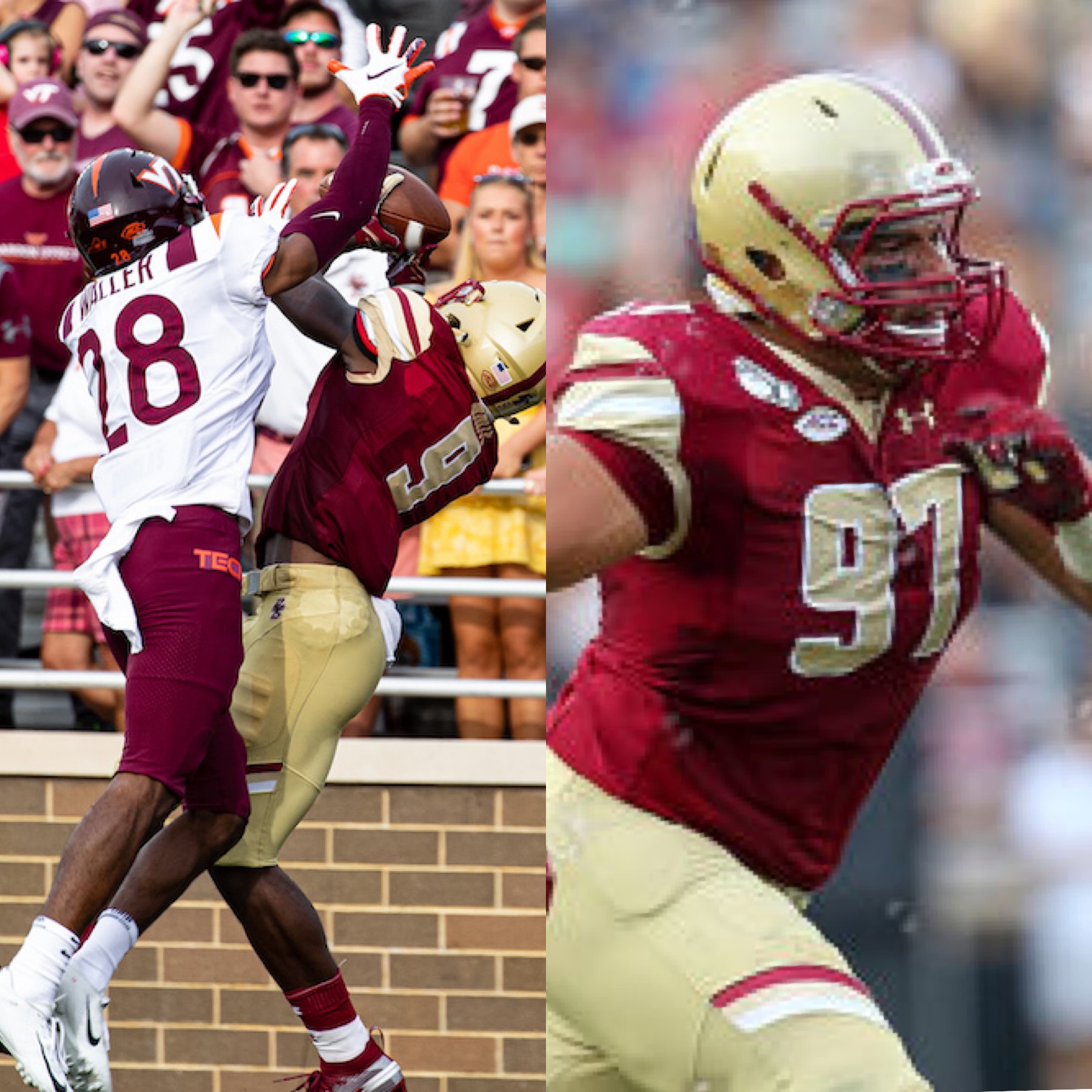 It was a busy evening in Chestnut Hill with one prominent player announcing he is leaving the program while another announced he is returning for one final year.

Kobay White announced that he is transferring to James Madison. The veteran wideout is leaving Boston College after two injury riddled seasons.

White is going to play for current Eagles offensive coordinator Frank Cignetti’s brother, Curt Cignetti at JMU. White should be a good fit for the Dukes who are beginning a two year transition to FBS. They are expected to enter the Sun Belt Conference prior to the 2023 season.

White finishes his career at Boston College with 63 catches for 1,011 yards and 8 touchdowns. He will step in and be the Dukes primary vertical threat but he could emerge into their number one receiver as well.

The Eagles did get some good news this evening as defensive end Marcus Valdez announced that he is returning to the school for one more season.

Valdez return is big news for the Eagles. He will anchor a defensive line that loses several key contributors most notably Brandon Barlow and T.J Rayam.

Valdez led the Eagles in sacks last season with 5. The Perth Amboy, New Jersey has been a mainstay for the Eagles defensively and one of the team’s leaders the past two seasons.