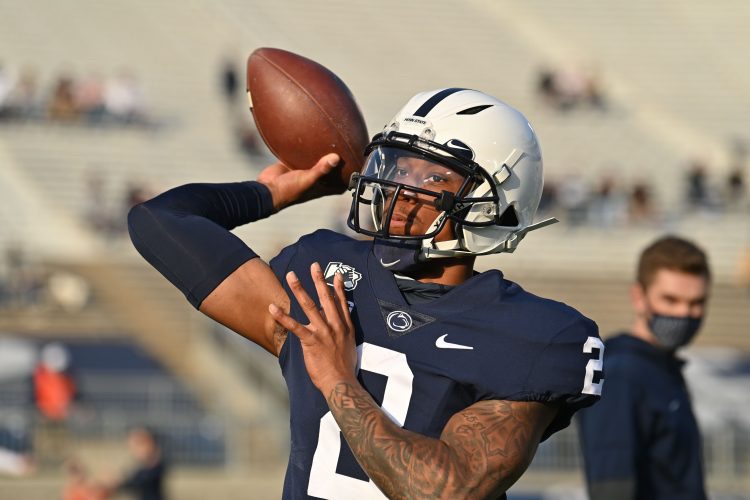 UConn got a big commitment on Tuesday when former Penn State quarterback Ta’Quan Roberson announced he is transferring to the school.

Roberson, a four star recruit out of Wayne DePaul Catholic in New Jersey is a redshirt sophomore and has three years of eligibility left.

He is undersized at 5-11 197 but Roberson is a good athlete and could be a good fit in offensive coordinator Nick Charlton’s system. Roberson struggled at times at Penn State but the dual threat quarterback should come in and compete for the starting job right away.

Jim Mora is completely remaking the Huskies quarterback room. Roberson is the second quarterback to transfer to UConn in the last two weeks. Cale Millen. son of former Patriots quarterback Hugh Millen transferred in from Oregon. The will compete with returning starter Steven Krajewski for the right to start. Former N.C State transfer Micah Leon is also in the mix but that could change.

The Huskies were already thin at the position and they did lose Jack Zergiotis to Merrimack in the transfer portal.

It will be interesting to see what the Huskies do at the position long term before the start of spring football.