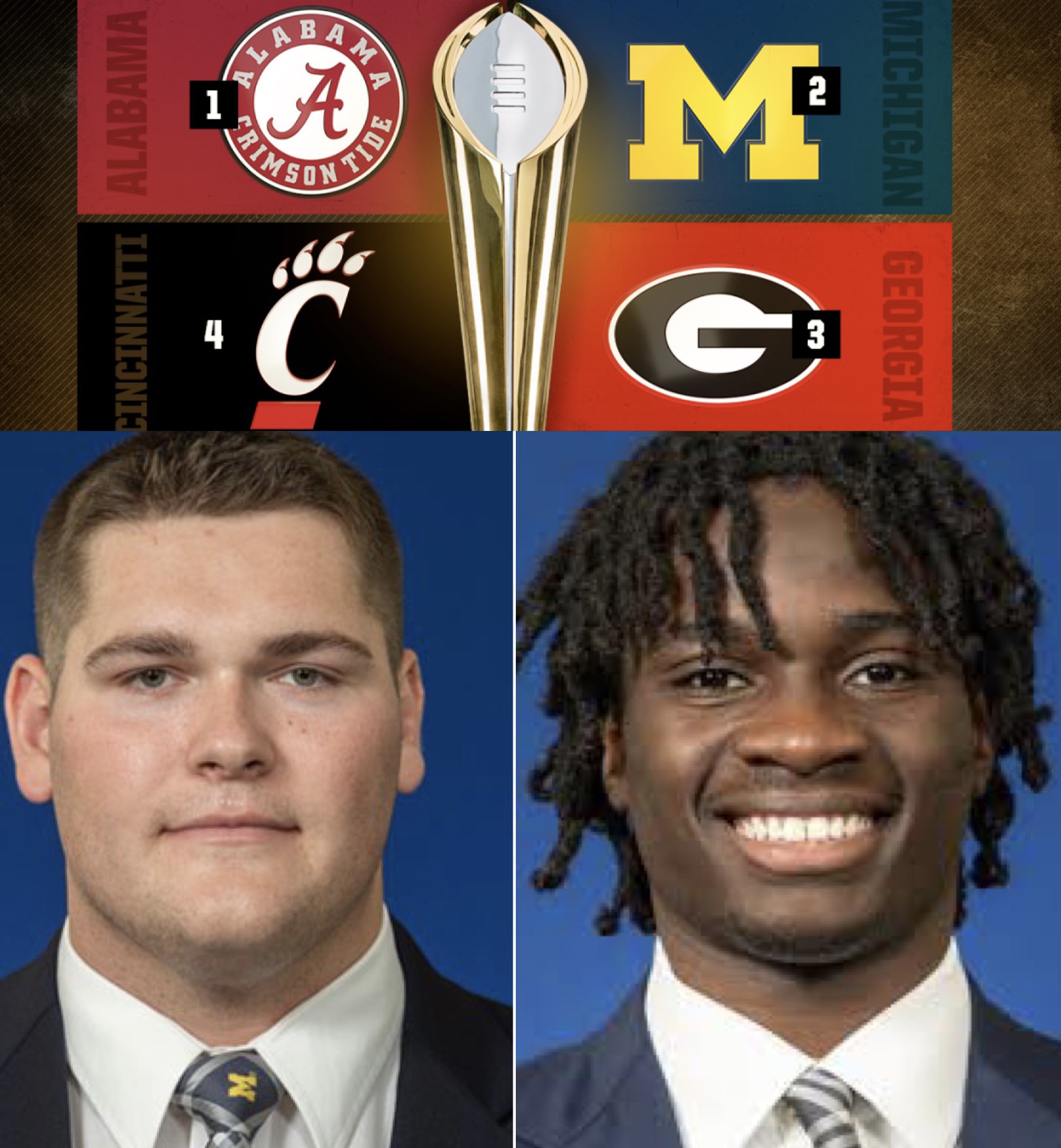 After weeks of hype, the College Football Playoff is finally here. Alabama, Cincinnati, Georgia and Florida will duke it out later on today to determine who will play for a national championship on January 10th.

Cincinnati takes on Alabama in the first match up but most folks around here will be paying attention to the nightcap when Georgia takes on Michigan. The game will feature 15 players from New England. 11 of them are on the Michigan roster.

Michigan’s offensive line won the Joe Moore award for having the top offensive line in the country. Guard Zak Zinter (BB&N) and Andrew Stueber (Darien/Darien,Conn) lead the way for the Wolverines. They pave the way for a strong running game and for playmakers like wide receivers Mike Sainristil (Everett) and Cornelius Johnson (Greenwich, Conn/Brunswick School). Tight end Luke Schoonmaker (Hamden Hall/Hamden, Connecticut) has been quarterback Cade McNamara’s go to target, especially in the red zone.

As for Georgia. Starting strong safety and former Everett High School star Lewis Cine has been one of the best players on the nations top ranked defense. Former Bishop Hendricken offensive lineman Xavier Truss has started at left tackle for the Bulldogs. He has also played a lot as a sixth lineman in the Bulldogs goal line and short yardage packages as well.

Both games should be fantastic, especially the Michigan, Georgia game. A game that could very well be decided by a handful of New England representing a region that isn’t consider a football hotbed but is slowly becoming one.

Tonight isn’t just for Michigan and Georgia fans, it is for the families of these players and it is for our region. So when you are watching the game, look for these names and cheer them on. They represent this region and what it has to offer the game of football.