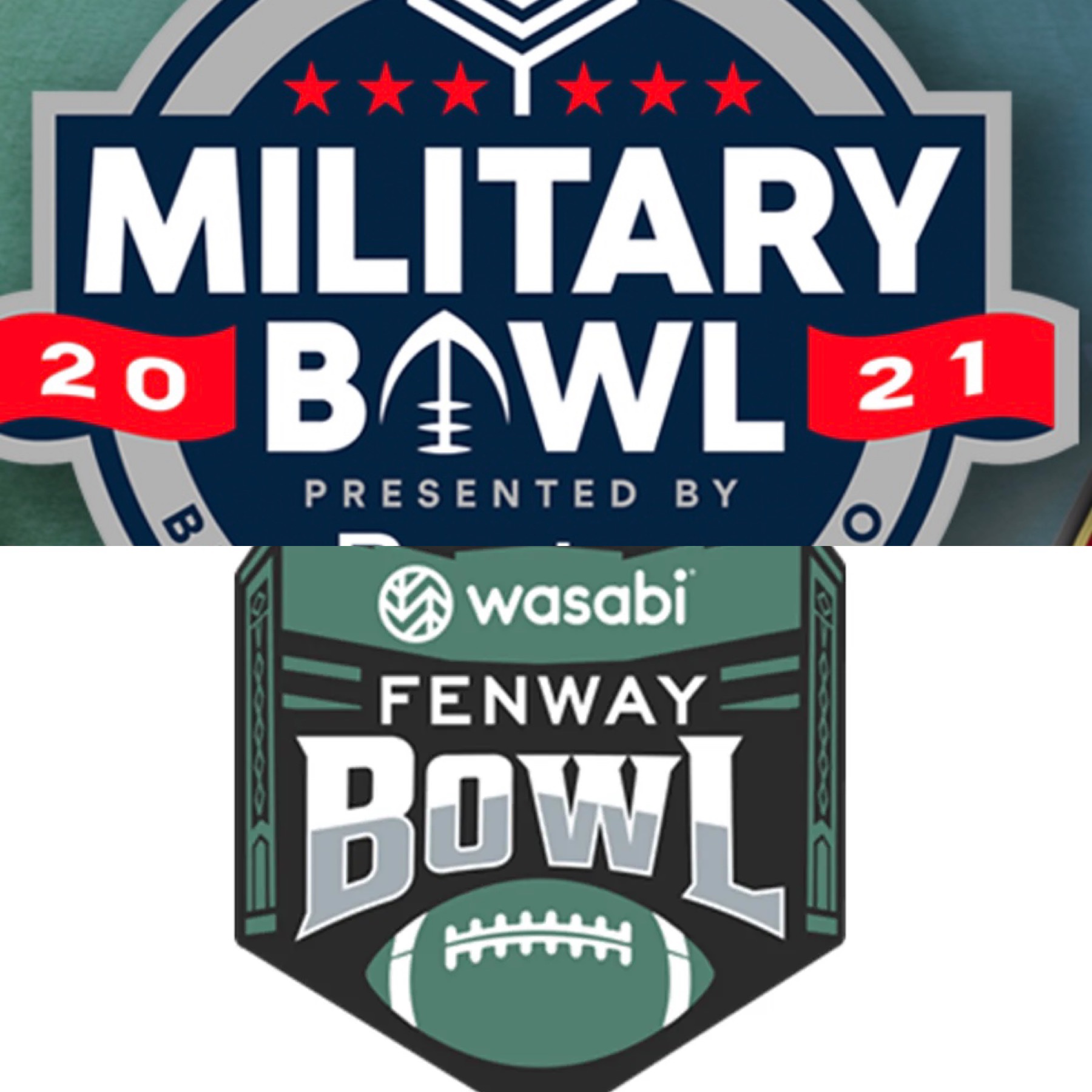 Covid has derailed bowl season in New England. Boston College had to back out of the Military Bowl because of a Covid outbreak and the Fenway Bowl was cancelled due to Covid issues at Virginia.

The two bowl games are two of four bowl games that have been canceled thus far. There is a good chance that several more could be cancelled between now and the end of the season.

Having the two bowls games with local ties cancelled is a disappointing end to a football season that saw no Covid issues with any of the local programs this past season.

Boston College backing out of the Military Bowl is especially disappointing because the Eagles were the standard in all of sports for managing Covid in 2020.

The Eagles bowl problems have been well documented the last four years. In 2018, the First Responders Bowl against Boise State was cancelled due to inclement weather in Texas. In 2019, they were in a weather delay prior to the Birmingham Bowl. The school opted out of playing in a bowl last season. Now, they were forced out of the Military Bowl.

It is a sad end for seniors like Alec Lindstrom who were looking forward to playing in their final game at Boston College. Jeff Hafley echoed that sentiment in a statement released by the school.

“This is not the way we wanted to see this season come to an end,” said Boston College head football coach Jeff Hafley. “We just do not have enough players to safely play a game. My heart goes out to our seniors who will not have one final opportunity to wear a BC jersey and I can’t thank them enough for all the contributions they made to our program.”

As for the Fenway Bowl, it was cancelled for the second straight season due to Covid. Organizers were disappointed that the game won’t be played for the second consecutive season but they plan on playing the bowl game next season. There was talk of replacing Virginia but once SMU made the decision not to play, the game was called off. 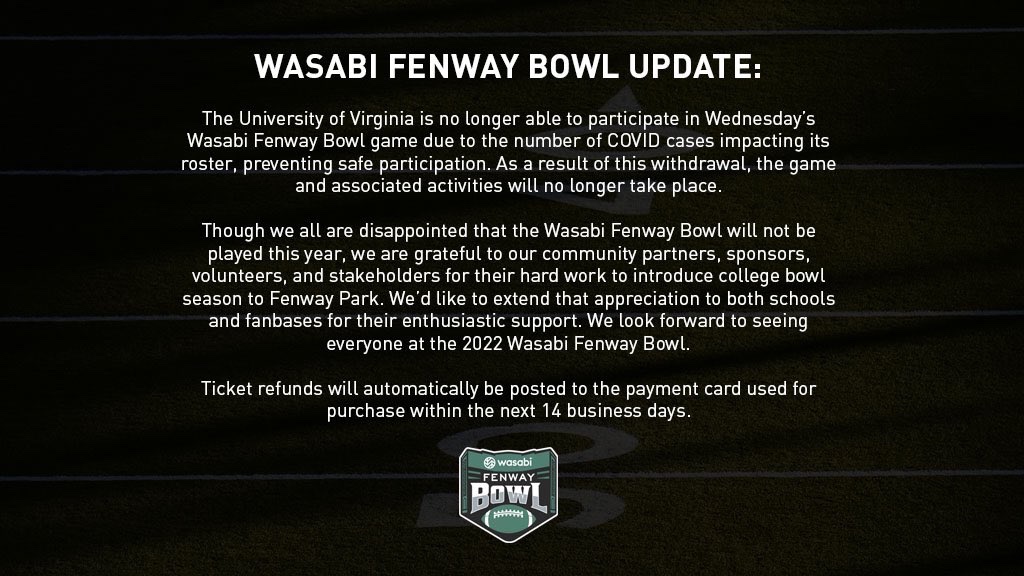 The hope is that things return to normal in 2022 and Boston College gets back to a bowl game and the Fenway Bowl is played. Bowl season is a great experience for all involved. It would be great if people got to experience it whether they are Boston College fans or college football fans in general.