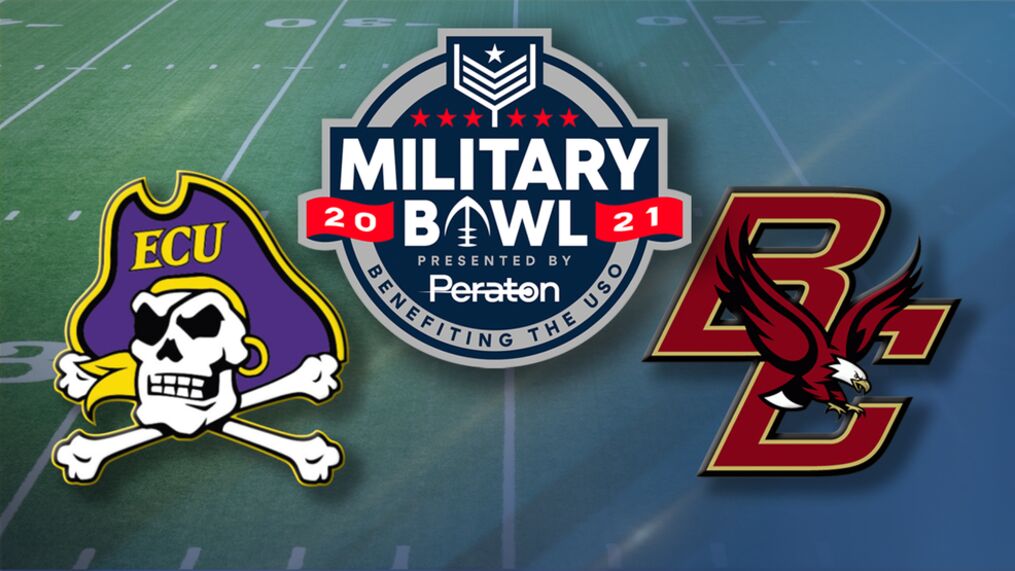 Ok, so either someone on the Eagles “named names” or they’ve been blacklisted from actually PLAYING real bowl games like Ned Isakoff being blacklisted by Hop Sing’s. You won’t get that unless you’re a Seinfeld fan, but it’s literally the only explanation for the run of absolutely horrible luck when it comes to BC and bowl games.

The recent run continued early on Sunday when it was announced the Military Bowl in Washington D.C. – scheduled to be played Monday – had been canceled due to Covid issues within the program.

It’s pretty wild that we’re still dealing with this two years later, and it’s even more wild that after back-to-back years of doing a phenomenal job of preventing the virus from infiltrating the program and causing any issues that it reared its ugly head at the last possible minute while the team has been away for a week.

“Unfortunately, due to cases of COVID-19 rising within our program since our arrival, along with season-ending injuries, opt outs and transfers, we just do not have enough players to field a team,” said William V. Campbell Director of Athletics Pat Kraft in a statement on Sunday. “We are disappointed not to be able to finish the season together as a team, but the health and safety of our program is our highest priority. Steve Beck and his Military Bowl staff put on a great week for our team and we are thankful for everything they did to make us feel at home during our stay in Washington, D.C.”

The seniors are the ones you have to feel the worst for here. After so much hard work and dedication do the program over their time as an Eagle, they never got a true bowl experience. Alec Lindstrom and Brandon Sebastian both declared for the NFL Draft after the news came out Sunday, and more will probably follow. It just goes to show how quickly things can change as an athlete. Hours before, both guys were probably only thinking of getting on the field one more time with their brothers, then in a matter of moments focus quickly shifted to the next phase of their lives and a potential NFL career.

Boston College had over 40 players unavailable to play in the bowl game which obviously would’ve been a huge safety concern. You’ve also got to feel for Jeff Hafley and his staff after they did everything humanly possible to get the team across the finish line the last two years. The Eagles still haven’t played a bowl game in the Hafley Era despite qualifying each of his first two seasons.

“This is not the way we wanted to see this season come to an end,” said Hafley in the same statement. “We just do not have enough players to safely play a game. My heart goes out to our seniors who will not have one final opportunity to wear a BC jersey and I can’t thank them enough for all the contributions they made to our program.”

So, for the second straight year, the Eagles don’t get to finish their season the right way, in-between the lines. Instead, they’ll take home memories of various things they did with their families while in Washington D.C. over Christmas weekend and that’s obviously special, but it’s not the same.

Football guys play and coach football, and BC has to wait until spring ball begins to have that opportunity again.