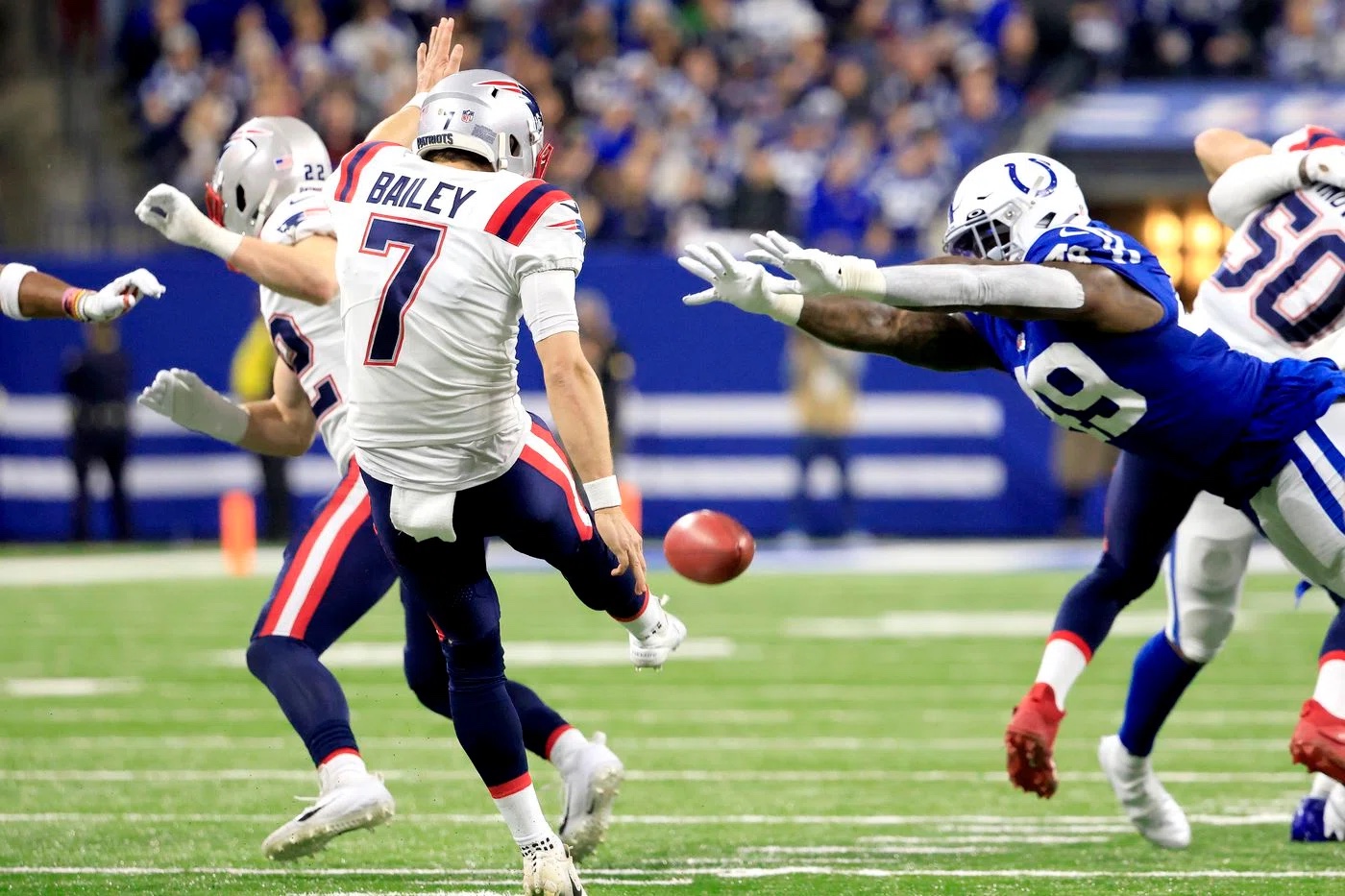 Throughout Bill Belichick’s tenure as Head Coach of the Patriots, his teams have consistently fielded one of the best special teams units in the NFL. New England has invested in special teams more than most other franchises and prided themselves in executing in those situations that can often flip games. This season, however, the Patriots special teams have made several high profile and costly mistakes.

New England has had three punts blocked this season, most recently on Saturday night against the Colts. The Patriots are 0-3 in games that punts have been blocked, losing to the Colts and previously to the Saints and Cowboys. Prior to this season, the Patriots had never had more than one punt blocked in a season under Bill Belichick. They had also had 15 seasons under Belichick without having one blocked. Blocked punts often come down to one missed assignment or fundamental execution, which is clearly lacking for the Patriots this season. Jake Bailey is currently 13th in punt yardage average, which is respectable but not up to his standards as one of the best punters in the league.

Gunner Olszewski is tied for ninth in punt return average, but the punt return team has also cost the Patriots points. N’Keal Harry had a punt bounce off his head against the Bills, which set up a Buffalo touchdown on the next play. The Patriots ended up winning, but it was an inexcusable mistake not only by Harry, but for the coaching staff to put a player that has limited experience returning punts back deep in the worst weather conditions of the season.

The Patriots have been called for 13 special teams penalties through 14 games. That’s the ninth most since 2009, so they have been reasonably good in that department on the surface. However, it should be noted that all the seasons on the list ahead of them had playoff games, including four Super Bowl trips. They have already committed more special teams penalties than they did in 2010, 2011 and 2020.

Two of the Patriots special teams penalties this season have been especially costly. In Week 4 against the Buccaneers, Matthew Slater forced a fumble on punt coverage when the Patriots were leading 7-6 in the third quarter. The fumble recovery would have given New England the ball at the Tampa Bay 34-yard line. However, Slater was called for a penalty because he ran out of bounds on coverage and did not try to get back in fast enough. Tampa Bay scored on the ensuing drive and eventually won. The second costly penalty was on Saturday against the Colts when Brandon King jumped offsides on a 46-yard field goal attempt that the Colts missed. Given a second chance and five extra yards, Michael Badgley drilled the 41-yarder to give the Colts a 20-0 lead. That penalty cost the Patriots field position and a chance to tie the game later on Hunter Henry’s second touchdown.

One bright spot for the Patriots special teams has been kicker Nick Folk and the field goal unit. Folk is 34-37 on field goals and 31-35 on extra points. It can safely be said that Folk has been a key piece of several Patriots’ wins.

The Patriots are a significantly better team than they were a year ago, but their special teams has taken a step back. New England has the potential to make a deep playoff run, but if they do not get their special teams to operate at a higher level it could end up costing them their season in January.