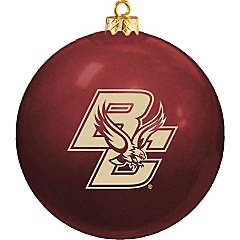 Christmas has again quickly crept up on all of us and the Eagles will actually be spending theirs with family in Washington D.C this weekend for the Military Bowl.

Before heading to D.C. later this week, BC had its final bit of in-person media availability at home on Monday. It can’t all be football and ECU prep discussion, so I asked Jeff Hafley, Pat Garwo, Bryce Steele and Vinny DePalma what their favorite Christmas gifts have been. There was a wide range of answers and Hafley’s might have been the least surprising given what we know about him going to a “dark place” before games.

HAFLEY: “When I was a young kid, I got a Rambo train set. I loved Rambo. I wanted to be Rambo when I grew up. Look at me, I don’t look anything like him. I got a Rambo train set and I remember just playing with that thing and I thought it was the coolest thing I ever got in my life. That, and like, just give me a basketball or a football when I was younger and I was good to go. That train set stands out.”

GARWO: “The best Christmas gift, especially being in college, is the times I get to go home with my family, bowl time. Different times you might have a game and so you don’t have that time, I’m a big family person. My family is actually coming up on Christmas Day so it’ll be good. I think the best gift I can get is just spending time with them because I’m huge on family. Any time I get to spend time with them, especially on Christmas, it’s my favorite holiday, so that’s probably the best gift, having all my family come together.”

STEELE: “I might have to get back to you on that. The linebackers are doing a secret Santa (Tuesday) so, I’m not sure yet what I’m possibly going to pick out. But, really, having a team that is really what Coach Hafley says, FTT (For The Team) you don’t get that at a lot of colleges and just being a part of a team like this, it’s really just a gift.

-What about when you were a kid?

“I actually received a golden football. My dad had gone to a Dallas Cowboys game when I was, I want to say, in about sixth or seventh grade. He went out at night and some of the players were at the restaurant he was at so he was able to get them to sign it. A couple players signed the ball and he presented it to me for Christmas. I’ve carried that ball around, it’s in my room right now actually. I’ve carried that ball around with me since he gifted it to me and I think that’s probably one of the best gifts I’ve ever received.”

DePALMA: “I remember back in the day, ESPN used to make…it was like a football machine and it had a joy stick on it. I remember coming down Christmas morning and seeing that, it was pretty cool, it was made by ESPN. I can’t remember the exact name, but I remember me and my brothers were pretty fired up about that.”

It’s pretty cool to think that in just a a few days, Santa will be leaving little girls or boys their first BC football, BC hooded sweatshirt or maybe, if they’re lucky, a Phil Jurkovec customized jersey for Christmas.

The cooler part is it may just be the thing that sparks their love of the game forever.