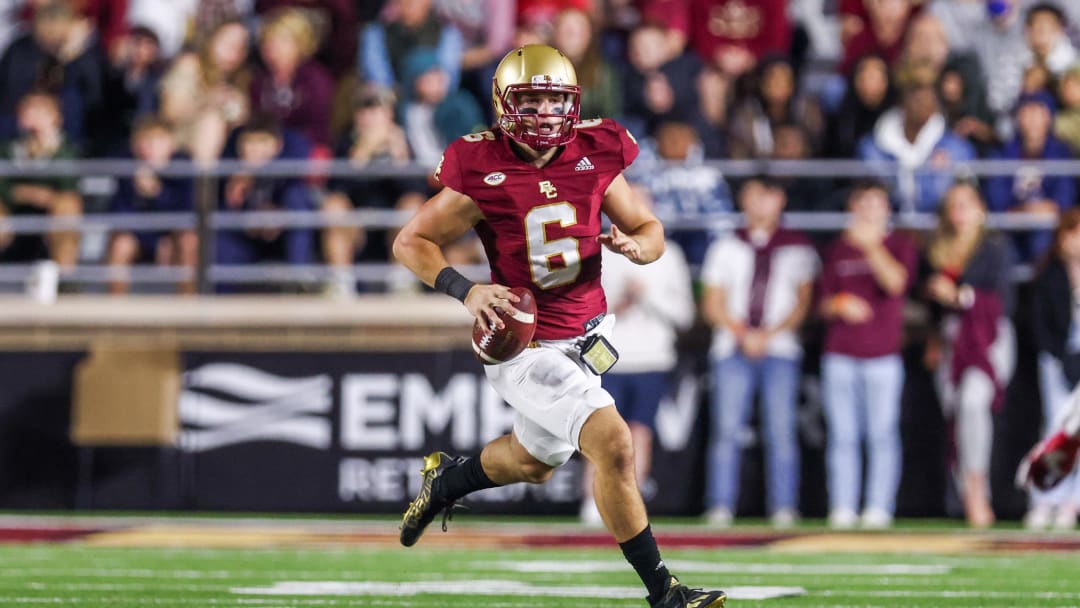 
When people talk about BC football between 2017-2021 over a few beers at a bar 20 or 30 years from now, the quarterback names that will probably come up the most are Anthony Brown and Phil Jurkovec. Jurkovec’s name may become legendary around campus depending on how the 2022 season goes.

Boston College fans won’t really remember the other guy in the mix over the last handful of seasons, but they should.

When the story of Boston College football for those years is told, it’s impossible not to bring up Dennis Grosel. Not for his stats (2,742 yards, 21 touchdowns), or the record setting game in Virginia (520 yards), but mostly for the way he handled himself as a college kid thrown into some pretty absurd situations.

Grosel started seven games in 2019 as a redshirt sophomore and played in all 13 of them after not playing in 2017 or 2018. Last year, Grosel played three games including the history-making start against Virginia to close out the year. We’ve talked at great length what he did this season, having to fill in for the best BC quarterback (probably) since Matt Ryan. Those are some pretty hard situations to not get overwhelmed in if you’re only a 19-20 year old kid playing under the bright lights at an ACC school but still just considered as “the other guy” no matter what you do. Still, he had a smile on his face every time he spoke with the media and more importantly his teammates and coaches never had a bad word to say about him.

Grosel may see some action in the Military Bowl depending on if Jurkovec plays the whole game or not, or he may not step on the field in an Eagles uniform again after spending five years in Chestnut Hill. Whatever happens next Monday in Washington D.C., Grosel should be remembered fondly for his commitment to the program.

If there’s any doubt as to what he still means to everyone associated with BC football, Hafley had an example on Monday following the final home practice of the season.

“He’s still the same,” he said. “I always like to keep guys involved and ask their opinions on things that we do and certain things for the bowl game, some of the things they have going on for the players and he’s one of the guys I still went to. He’s still a leader of this team, he’s still out there practicing.

“He gave us some great rep looks (Monday) throwing the ball around. He’s done a great job.”

Hafley hasn’t had the easiest start to a head coaching tenure to say the least given the current state of college athletics and the world in general, but Grosel’s leadership has been a constant that he could rely on the past two seasons.

“One of the best leaders on the team,” he added. “Just glad we have him and he’s handled it unbelievably just like he always does. We will miss him for sure.”