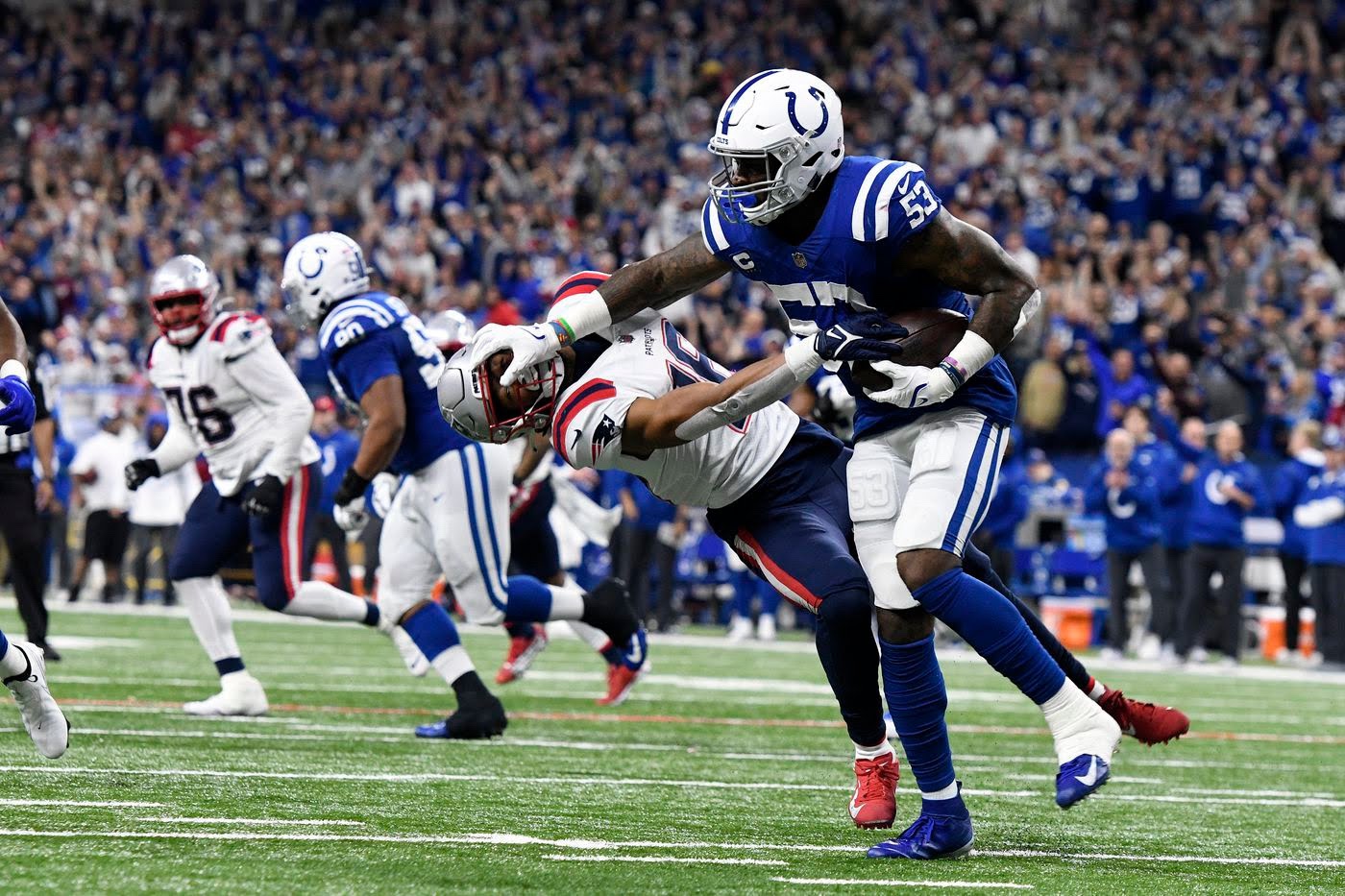 It is easy to point to one area and say that’s why the Patriots lost 27-17 to the Colts on Saturday night. The truth is, it was a collective failure.

The Patriots lost the game in all three phases. The run defense was an issue as Jonathan Taylor did to the Patriots what he has done to everyone else this season. Gash them! Taylor rushed for 170 and a touchdown on 29 carries. The touchdown was a 67 yard rumble that put the game away. Terrible run fits and poor pursuit angles enabled the Colts to extend drives and possess the ball all night.

Indianapolis also made a big play on special teams in the first quarter when they blocked a Jake Bailey punt and returned it for a touchdown by the appropriately named E.J Speed. It was 14-0 before the Patriots could even adjust their chin straps.

The Colts were dominating this game early and the conversation on social media shifted from the Patriots being outplayed to they are coming off a bye so that explains it.

Indianapolis was coming off a bye as well but they were hungrier, more motivated and desperate. There was more at stake for them. Playoff positioning and the fact that they hadn’t beaten the Patriots since 2009 served as motivating factors for the Colts.

Trailing 14-0 appeared to be an insurmountable deficit for the Patriots. They might as well be a triple option team because they are not built to play from behind. It certainly didn’t appear that we’re going to mount a furious come back. Rookie quarterback Mac Jones was struggling and for the first time in weeks, he actually looked like a rookie.

Despite playing poorly for three quarters, Jones did rally the Patriots and they were able to score 17 points in the fourth quarter but it was too little, too late.

The Patriots struggled in all three phases. The offense struggled to find a rhythm, the defense couldn’t stop the run and special teams was one again an issue. Factor in eight penalties and it is no surprise they lost.

You can find some positives in this one but let’s be honest. Moral victories mean nothing in the NFL. You either win or lose and based on the way the Patriots played on Saturday night, they deserved to lose.