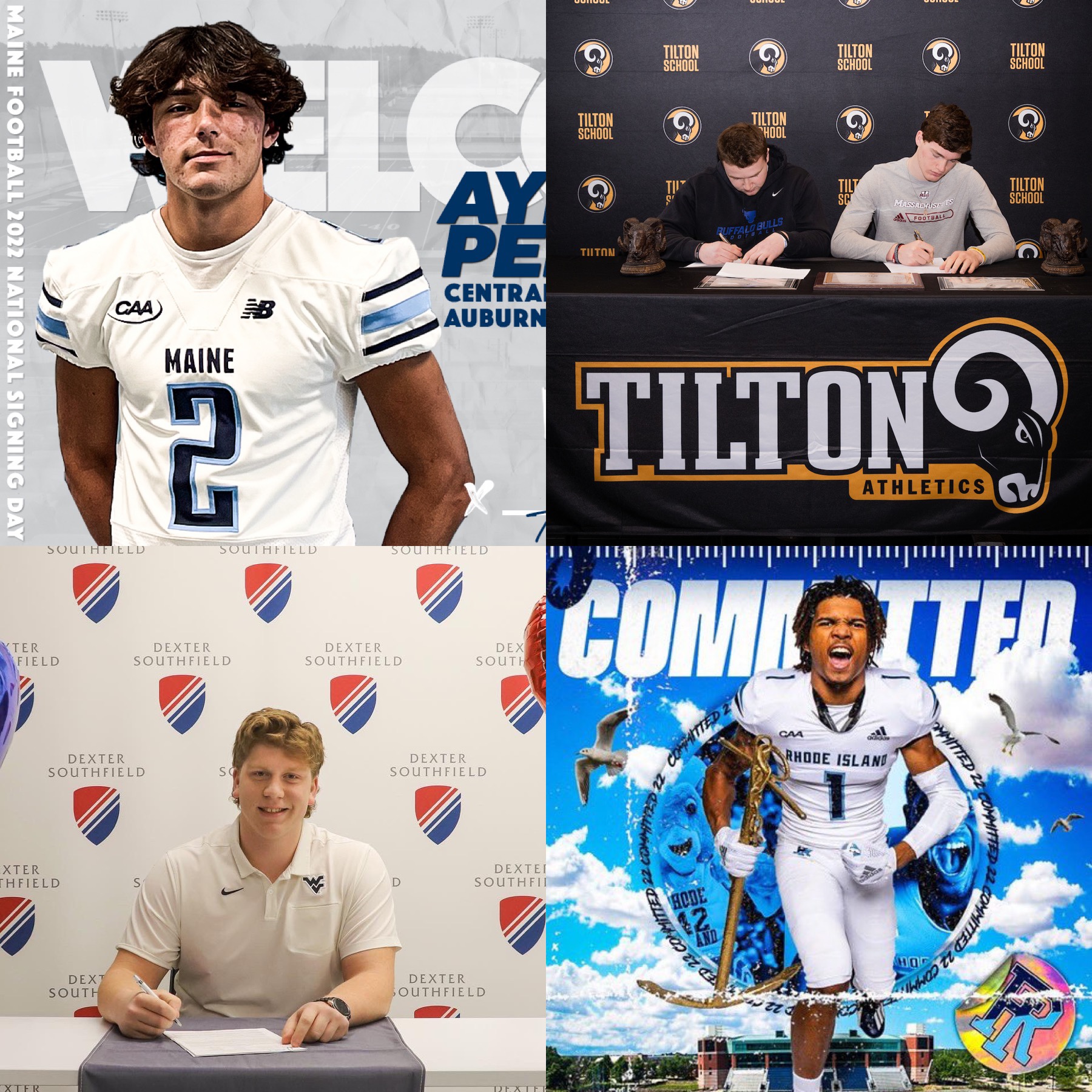 Signing Day is a day full of excitement and emotion. A day when young men across the country sign their letters of intent to play at the school of their choice.

It is the culmination of a players high school career and the start of the next chapter of their football journey.

The day is filled with lots of mixed motions for parents and players alike. The two common themes it seems amongst the players are excitement and a relief that the grueling recruiting process is over.

Offensive tackle Sullivan Weidman of Dexter Southfield signed his letter of intent to West Virginia and summed it up best.

“I was beyond excited. No better feeling. It was like a huge weight lifted off of my shoulders!”

Congratulations to senior Sully Weidman who has signed his National Letter of Intent to play football at West Virginia University! Dexter Southfield is proud of its longstanding tradition of student-athletes continuing their playing careers for some of the nation’s top colleges. pic.twitter.com/NueFyD1oW8

Central Catholic quarterback Ayden Pereira capped off his great high school with a huge and is now looking for forward to the next phase of his career at the University of Maine. Pereira committed during the season.

“It is definitely a great feeling to sign and get this process officially over with. I am very excited for the future at the University of Maine. Black Bear fans are going to get the best out of me. I can’t wait to get there and start competing for championships.”

Take a look at some of the highlights from our newest addition to the QB room 👀!#BlackBearNation | #CAAFB pic.twitter.com/dfejBbbex6

Pereira fully expects to compete to start and given his experience and how school resume, how can anyone doubt him.

For Tilton School quarterback Chase Brewster, who signed his letter of intent to UMass reflected on the moment and how important it was to him that he was the first member of his family to play college sports.

“It was a lot of excitement to finally put down in pen that I was playing division one football” Brewster added- “I am the first person in my family to play college athletics so that just meant so much to have my family by my side and my friends there.” The Hanover, Massachusetts native felt it was important to stay home and play for the state university. “I’m excited to play college football at the highest level for my home state school, I’m really excited with the hiring of Coach Brown. Things are going to get a lot better in Amherst in the coming years. ”

Despite the adulation and excitement of signing his letter of intent, Brewster is happy to be done with the process.

“The recruiting process can be long and stressful at times,” Brewster also talked about how the firing of Walt Bell impacted the process. “Committing to them in June and then when Coach Bell got fired, I was definitely just sitting and waiting for what was gonna happen next but now that it’s all over I’m glad that the talking and social media is over with and I can get back to the real work.”

Brewster’s teammate at Tilton, running back Jackson Paradis committed to Buffalo early in the process snd never wavered from his commitment. Paradis was excited to sign and is scheduled to enroll early, starting school next month.

Congrats to Jackson ’22 (@UBAthletics) and Chase ’22 (@UMassAthletics) on their committments yesterday — can’t wait to see you on the field next fall! #NationalSigningDay #GoRams @TiltonFootball pic.twitter.com/RsWlWdOxgP

“The feeling was amazing. I’ve been excited for this day for a very long time and it feels great to make it official. I cannot wait to see what the future holds with me at Buffalo and to get started in January.”

Buchanan chose to stay in-state and committed to Rhode Island. He could have committed to Sacred Heart but several factors led the dynamic Buchanan to pick URI. Most notably, it was an opportunity to play closer to home for a program on the rise. Buchanan is looking forward to suiting up for the Rams.

“Today (Signing Day) was a great experience, something I won’t forget. I can’t wait to get started up at URI.” Buchanan added-“It was a tough process, You’ve got to think about everything — the school, the fit, the family. It just came down to URI and Sacred Heart and I chose URI.”

The early signing date has changed the way schools operate in terms of recruiting. It is also a great opportunity for recruits to sign their letters early, get the process over with and start their college careers.

For New England’s Division One recruits, Wednesday was a special day. A day they will never forget.