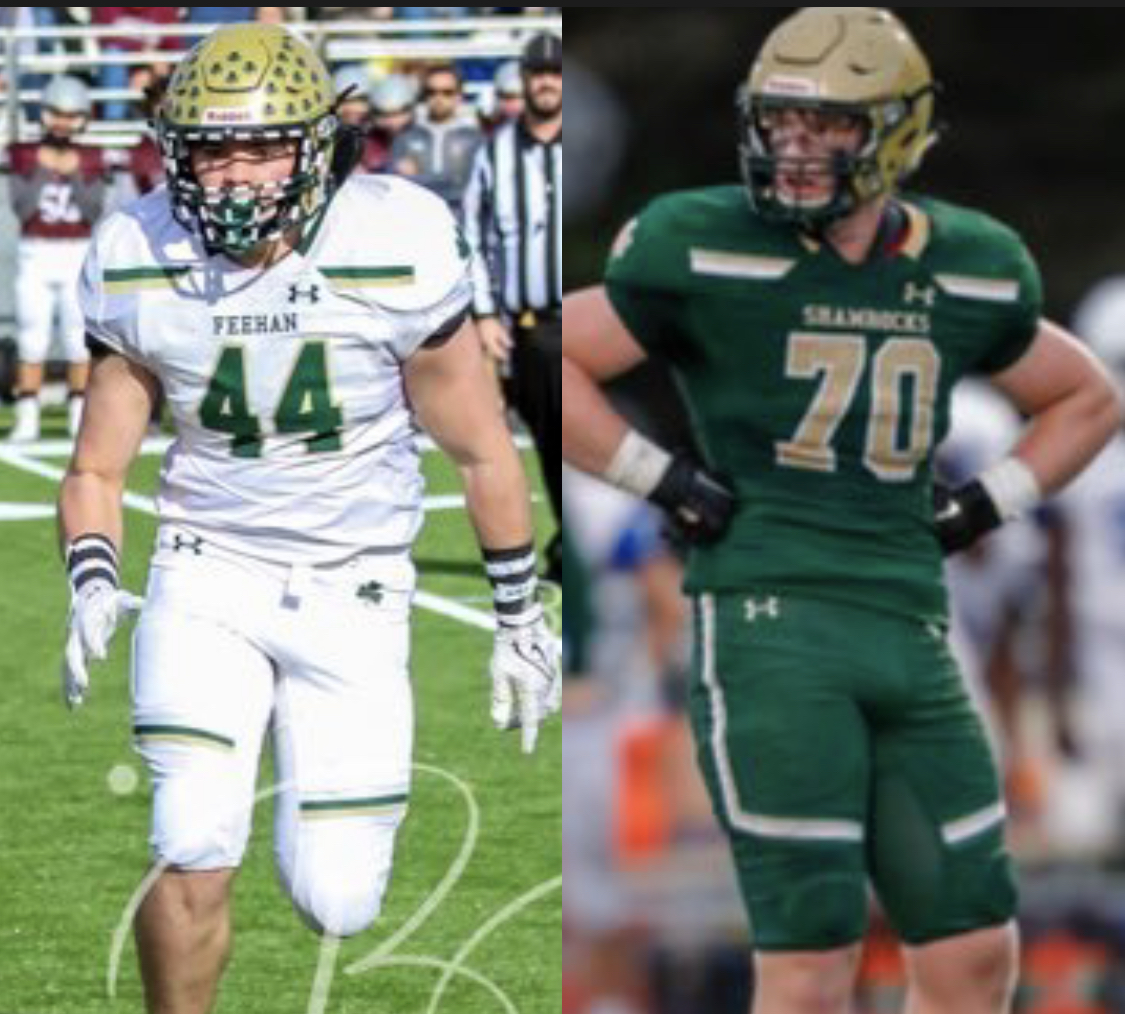 No one that follows or lives and dies with every snap of Patriots football will ever forget how much Tedy Bruschi meant to the early days of the dynasty and how much Logan Mankins mattered later during the second half of two incredible decades.

Still, they’ve been away from Gillette for a while now, so some of the younger generations of fans may not know how integral they both were.

The good news is that Tedy’s son Dante and Logan’s son Case are keeping their family name relevant in this area and were recently named captains for the 2022 Bishop Feehan football team along with Eddie Cinelli, Connor McHale and Nick Yanchuk.

“Being named a captain means a lot to me,” Mankins said on Sunday afternoon. “Being a leader on this team is a privilege. I can’t wait for this upcoming season.”

“Just like my dad, I didn’t play football until my freshman year in high school, so Feehan football means everything to me and it’s where my football story started,” added Bruschi. “That’s why being a captain of this team is very special to me and it will be a true honor to lead this team my senior season.”

Playing football when your father was in the NFL – or just happened to be part of the greatest organization in the history of the league – will always bring added pressure. It’s an impossible thing to ignore, but both Dante and Case have done their best to just play their own games. It’s also helped a bit that Tedy has been the defensive coordinator for the Shamrocks.

“When I started playing football I knew the pressure I was going to have to deal with and my first two years It really got to me that I would always be related to my dad in anything I did,” Bruschi admitted. “For example, it would always be “Tedy Bruschi’s son…” and never just Dante. As I matured and went into my junior season I completely changed my mindset and started to embrace that pressure because having him as a dad and my coach is a blessing and now I truly understand its a great opportunity and not a burden.”

“I don’t really feel any pressure even though my Dad played in the NFL,” added Mankins. “I do my own thing and he stays out of it. I’ve created my own path.”

It’s rare to have a teammate in the same circumstance as you when you’re the son of an NFL player, but growing up as the sons of New England Patriots players together has had its perks. It’s allowed the two teammates to lean on each other when necessary and have a pair of ears that can relate when something is wrong.

“Having someone on the team with the same situation is pretty helpful,” Mankins said. “Dante and I can relate in many ways.”

“Me and Case grew up together and we both have been in a similar situation since the beginning of our life and it was always good to have someone to relate to,” said Bruschi. “Now that we are both captains on the same team, it’s pretty cool and I’m looking forward to a great season with him.”

“I’ve received a lot of advice from both Tedy and my Dad, but the most important is to just be a tough, hard nosed football player,” said Mankins.

“My dad is the DC for so we scheme together all the time and he is always coaching me and giving me expert advice so I really cant choose one piece of advice,” Bruschi added. “He has taught me so much not only as a linebacker, but as a leader as well. He is a huge part of me and my team’s success, I really cant thank him enough for everything he has taught me.”