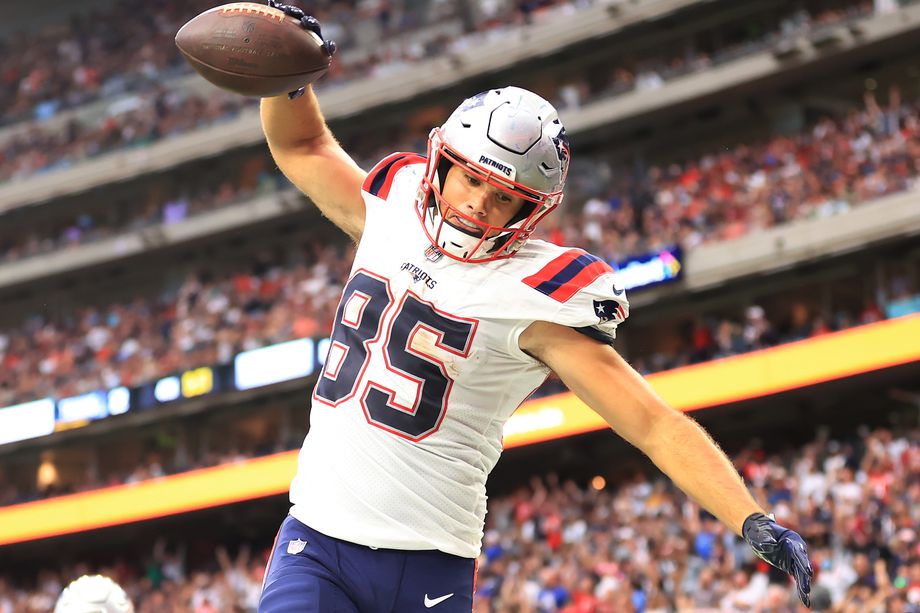 
Hunter Henry might just be one of those perfect Patriots.

The free agent tight end had high expectations heaped upon him by the fans coming into this season and rightfully so after New England jumped at the chance to sign him and Jonnu Smith very early on this spring.

For the first few weeks once getting healthy his performance was underwhelming. Then, Henry suddenly became Mac Jones’ favorite target in the red zone with seven touchdown catches. He’s cooled off a bit recently, but as the Patriots and Colts head into Saturday night’s massive matchup, Henry could be in line for a big night.

The numbers don’t leap off the page (35 catches, 394 yards and the 7 TD’s) but Henry has quietly gone about his business, become a legitimate security blanket for Jones and done everything the coaching staff asks of him.

What more could you want? No one will ever replace Gronkowski and Smith hasn’t had much impact this year, which makes Henry’s dependability that much more valuable given the lack of a true No. 1 receiver.

“Hunter’s very professional every day. He’s a very consistent guy. You know what you’re going to get,” Bill Belichick said when asked about Henry earlier this week. “He comes in here. He is well prepared. He’s ready to go. He trains well. He’s in good condition. It’s taken a lot of snaps this year from the spring and OTAs to training camp to the regular season.

“Again, you get a very consistent player that’s instinctive, very smart and if you make a little adjustment in a route or a technique or how to read a certain play, he gets it the first time and understands what you need him to do and how the quarterback is looking at it and how to help the quarterback, how to help the play, how to create separation or spacing depending on what we’re trying to get done there.”

Throughout his now five full seasons in the NFL (Henry missed all of 2018) he’s been targeted at least 50 times each year (93 in 2020) and caught at least 35 balls in all of them, including 60 grabs and four TD’s last year. As it stands right now, the seven touchdowns Henry has this year are the second-most of his career, only behind the eight he caught his rookie year in 2016.

“He’s a big target. He’s got good hands and he’s a hard guy to overthrow. He has good catch radius and catches balls behind him and low and high,” Belichick added

We’ve heard for over 20 years now that availability and dependability are the two most important things a player can have. Henry has had his injury issues, but as long as he’s been on the field in the Mac Jones-led offense he’s been about as good a fit as anyone could have hoped for when he signed. Henry’s value may only become greater as points become harder to come by in these tight December and January games.

For Henry, just the fact he’s playing meaningful games in December again has made signing here well worth it. That hunger and desire to chase a ring is what’s helped make this a perfect marriage for Henry and the Patriots so far.

“It’s been a while since I’ve been able to play some meaningful football this late in the season,” he said. “It’s kind of common around here, but you know, you take advantage of it, you eat it up because there’s a lot of people out there that aren’t able to say they’ve done that late in December with meaningful games.

“This is what it’s all about. This place has done that for a long time, so obviously when the opportunity came (to sign in New England) that was one of the reasons I had on there why I wanted to come.”