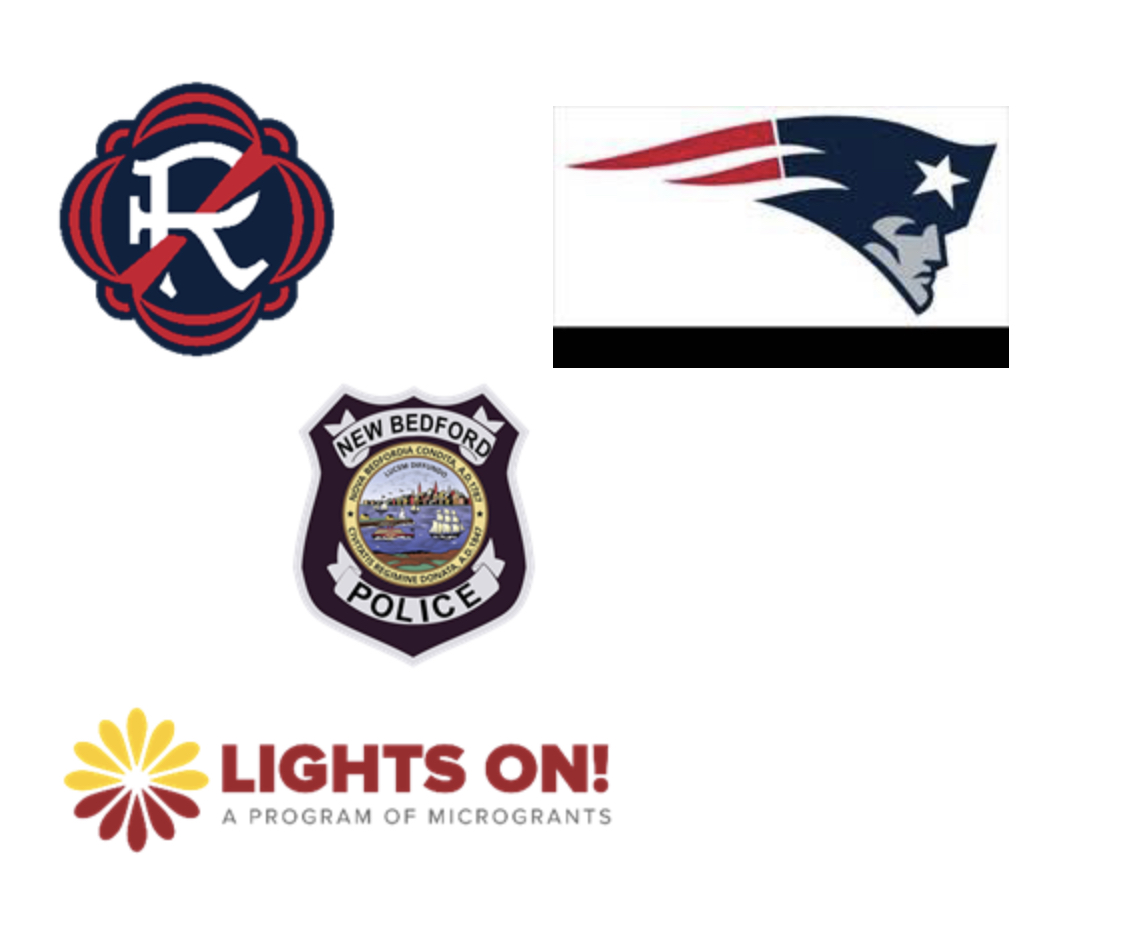 Common sense and compassion are two things that have seemingly fallen off the face of the earth in the last couple years.

So, when Robert Kraft, program director Sherman Patterson and New Bedford Police Chief Paul Oliveira briefly gathered at the 50-yard line on Thursday afternoon to announce the “Lights On!” initiative, it was a small step towards trying to bring both of those things back to the area.

“Lights On!” is a program where New Bedford officers on traffic stops can provide a voucher for a free repair on mechanical problems with the vehicle rather than citing the driver. Three local auto centers have agreed to be the initial partners in this initiative: Joe and Perky’s Service Station (2907 Acushnet Avenue), Cottage Street Motors Inc. (589 Cottage Street) and Luzo Auto Center (19 County Street).

One of the main objectives of the program is to try and mitigate some of the poor relationships civilians and police officers are having in these strange times.

“Our good friend New Bedford Police chief Paul Oliveira brought us together with the program director Sherm Patterson, and we’ve always looked for ways in our philanthropic giving to do things that bring people together or bring people closer,” said Kraft. “I think this is really something inovative that helps build greater trust between the police and average citizens. The “Lights On!” program brings a new approach to societal problems. Instead of punching drivers for lights out and taxing drivers with added expenses, the police will be providing assistance to get the light repaired for free.

“Imagine the anxiety that’ll be relieved when you get stopped by a police officer and you’ve got the siren and the noise and he comes up to you and he gives you a voucher to fix some part of your car that isn’t appropriate instead of writing a ticket. I love this.”

Patterson came to the announcement ceremony from Minnesota and was more than happy to get a rare 60-degree day in December.

“I’m coming in from Minnesota, when I got notice I hopped on the plane and I’m here and I love your weather,” he said with a smile. “The “Lights On!” program was established in 2017 because of the current climate that’s been happening here nationally and at a municipal level…it replaces a light for free for those in need, but at the same time it’s a healing process that starts the interaction and that conversation between that officer – he or she – and that motorist. That anxiety is there and that lack of trust is there. How do we build that?

“With this process, we start building that cohesive relationship. That motorist is stopped, the officer comes back and after he or she is ran and they come back and say ‘hey here’s this voucher to take to an auto center to get it fixed for free’ their eyes will open up and the anxiety goes down and the conversation starts. We’ve had some people who were abrasive, but once the voucher is given it eases up and they start having conversations like normal people because that person and the officer both have a family. They’re going through things, you don’t know how the motorist’s day is going, you don’t know how the officer’s day is going, so once that voucher is given it takes everything away. Word of mouth goes through a department and throughout the community.”

Oliveira stressed how different times are and how important this type of initiative is.

“For the first time in American history, police departments are looking to organizations outside of their own and saying “we need your help,” he said. “There are few corporate entities that truly understand the potential power they can yield towards the betterment of society. Fewer are those that graciously accept that responsibility to do so. Here in Massachusetts to have such a company and it’s owned and operated by Robert Kraft and his family.

“The philanthropy of the Kraft organization is known worldwide. They have a prolific record of manifesting their good intentions to positive actions. When the New Bedford Police Department was seeking out a benefactor to initiate the first “Lights On!” program to be established here in New England, we need not have looked any further than Bob Kraft. Quite simply, we communicated our needs to his organization and he immediately rose to the occasion to fulfill them.”

With the announcement of the “Lights On!” initiative on Thursday, for at least one day, common sense and compassion returned to society.