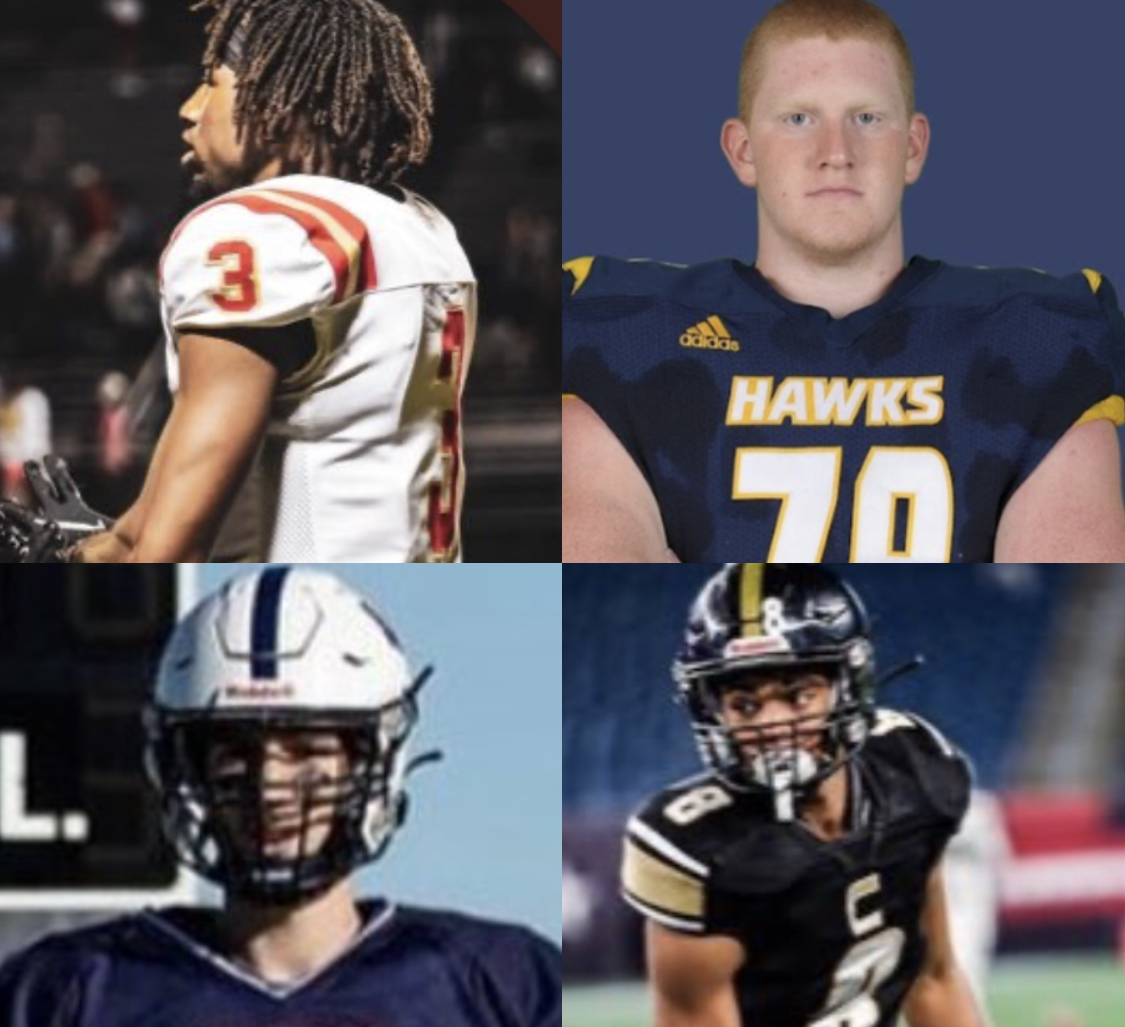 Since the day Jeff Hafley was introduced as the new head coach at BC, he has been committed to making sure some of the best talent in Massachusetts stays home.

It’s one thing for a new coach to say he’s going to try and keep the best local players in the area, but it’s another thing to convince them to stay when other major universities are calling and basically begging them to leave the Commonwealth and play for them.

On Wednesday when Hafley announced 21 early commits on the first National Signing Day of the year, some big local names were part of the group, deciding to stay home and be a small piece of what the Eagles are building over in Chestnut Hill.

Ismael Zamor (Everett), Matthew Ragan (Westborough/Lawrence Academy), Jack Funke (Xaverian) and Joseph Griffin (Springfield Central) are all BC-bound and all of them are extremely talented.

“Last year, we kept the best player in the state home and he had the opportunity to go to a lot of places and I believe we did the same thing this year,” said Hafley. “In my opinion we kept the best players home again for two years in the state of Massachusetts. Those players could have went to Notre Dame, those players could’ve went to Michigan, but they chose to stay here and that’s two years in a row that shows that this is a place where we can get that done.

Zamor is 6-1, 190 and will be a receiver for the Eagles. According to 247 Sports he was a three-star recruit, the sixth best player in Massachusetts and the No. 3 receiver in the state.

Ragan is a massive tight end (listed at 6-5, 230) and should make an impact almost immediately. Ragan was a four-star recruit according to 247 Sports. Ragan was also ranked as the second best recruit in Massachusetts by 247 and the top tight end.

“Long, I mean, wait until you see this guy, wait until he gets in a college weight room,” Hafley said with a grin. “He’s got a chance to be a great tight end.”

The most ringing endorsement Hafley gave to one of the local guys on Wednesday went to Xaverian’s Funke. The huge offensive lineman (6-6, 290) was a three-star recruit (according to 247), the No. 7 player in all of Massachusetts and the second-best offensive tackle.

“I don’t know if you’ve ever seen this guy, one of the recruits thought he was a parent on an initial visit,” Hafley explains. “He looks like he’s been picking up cars working out. His neck is enormous and his neck is about as big as my shoulder width.”

Griffin is coming off a state title with Springfield Central and could be another immediate weapon for Phil Jurkovec next year. Griffin – a four star recruit – is listed at 6-4, 200 and was the No. 1 wide receiver in the state according to 247. Griffin was also a great defensive player during his high school days, but he’ll strictly be a receiver moving forward.

“We’re not going to play him on defense even though I’d love to,” he said. “He gives you one of those big, tall guys who can go, Credit to him for choosing to stay home.”

Since this was the first year that Hafley and the rest of the staff could see any of these guys in person, has he learned anything about Massachusetts football that he may not have known before?

“I always heard you’re going to get your lineman, I don’t agree with that,” said Hafley. “We got Ish, we got Matt Ragan, Jack Funke, we got a mixture of big guys and athletes…you can get your athletes like Joe and Ish, and then you can go and get your lineman too or your tight ends.”