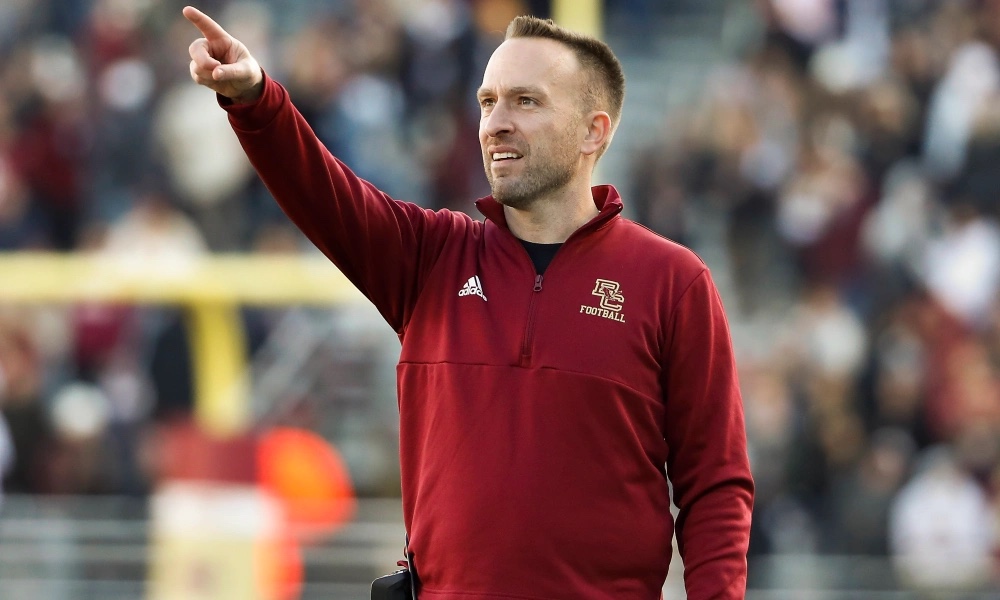 Since he was hired in December of 2019, Jeff Hafley has taken Boston College to new heights (no pun intended) when it comes to recruiting.

Boston College routinely finished in the bottom third in the ACC in recruiting rankings under Steve Addazio and were typically in the 50 to 70 range nationally. 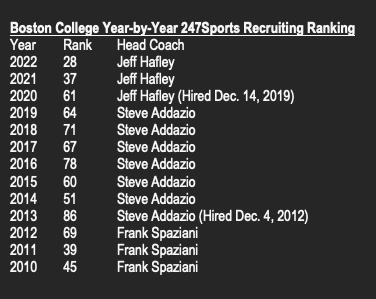 Hafley and his staff have changed that. Boston College is now in the conversation for four star recruits and even some five star recruits. The Eagles have landed four star recruits in the past two recruiting classes. Cornerback C.J Burton and offensive lineman Drew Kendall signed last year and the Eagles were able to add three more in the 2022 class.

St. John Bosco (CA) safety Sione Hala, Springfield Central wide receiver Joseph Griffin and Southlake Carroll (Texas) athlete R.J Maryland are all signed and coming to the Heights. All three could come in and make an immediate impact as true freshmen. The 2022 class is ranked 22nd by Rivals. That is the highest ranking ever for Boston College.

Hafley knows that the only way for the program to change its fortunes and compete for ACC titles is to upgrade the talent. The talent influx from the Class of 2022 should position the Eagles to take the next step and become a player, not only in the ACC but nationally.

It will be a good day at the Heights.