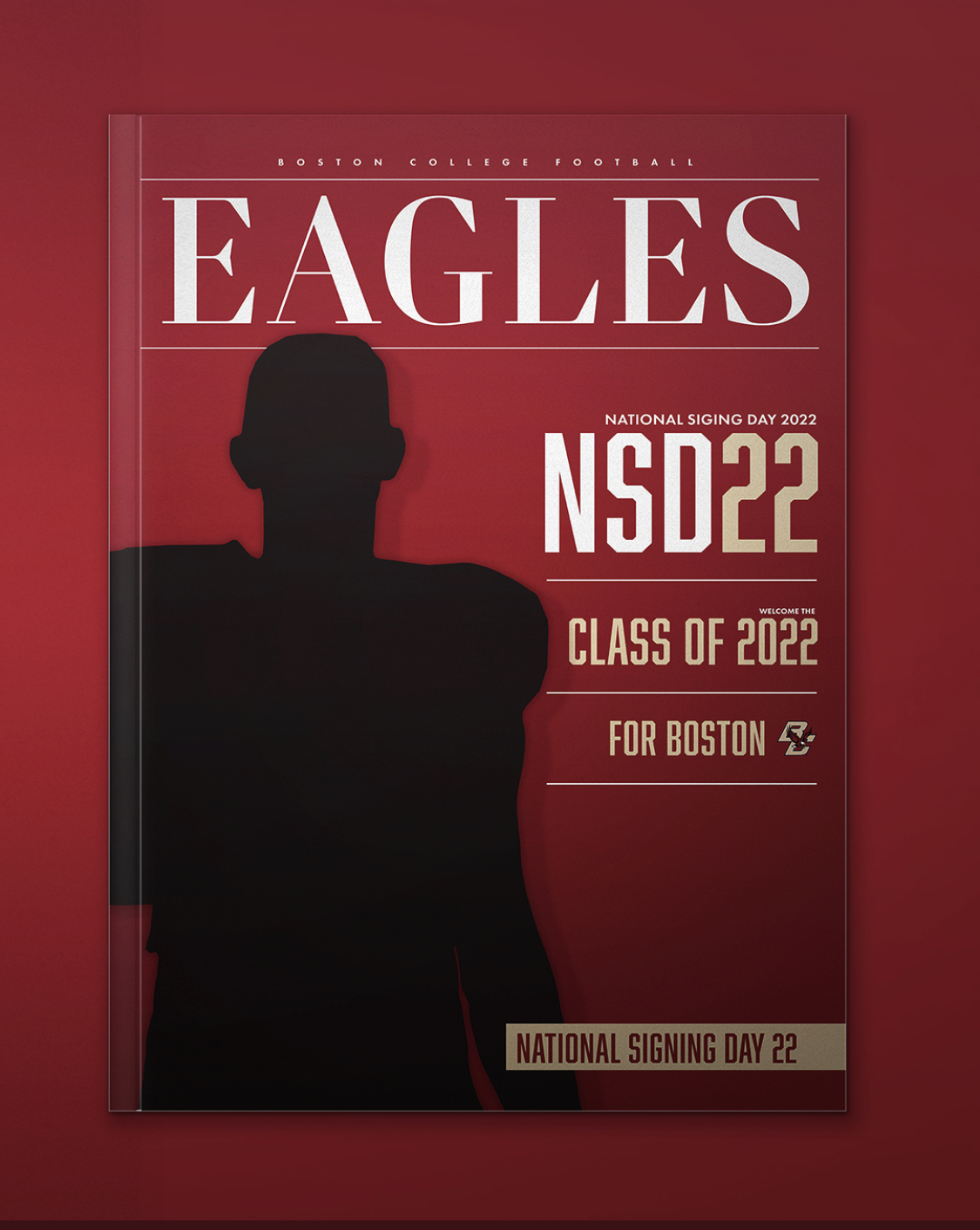 
Just three days shy of the two-year anniversary of taking the job at BC, head coach Jeff Hafley got to stand in front of the media on Wednesday evening and talk about his first real recruiting class.

That sounds crazy, but after the wild season a year ago where in-person recruiting simply wasn’t possible, Hafley proudly announced 21 early commits that he’s actually met and had face-to-face conversations with.

“You can look at any numbers, any ranking, we feel this is a great class,” Hafley said.

Most of the credit will go to Hafley for bringing in another fantastic crop of athletes, but as we’ve written and discussed at length, there are so many people that ultimately make these signings possible.

“I give credit to our staff, our football coaches, our support staff, our recruiting staff, Jason’s (Baum) staff, there is so much that goes into it,” Hafley added. “The faculty that helps, the deans that help, Pat Kraft…I’m going to get credit for a good recruiting class and I don’t deserve it as much as those people.

“Especially the coaches who have spent countless hours developing relationships, talking on the phone, doing research. This class fits us. This is our first in-person recruiting class, which I know that sounds funny…my first real recruiting class was done on Zoom and I thought the staff did a great job, but this is the first time we got to sit down in living rooms.

“This is the first time we got to know the moms and the dads or the uncles, brothers and sisters and we got to form those relationships, which I think are so important to us.”

Below is the full list of recruits that BC signed on Wednesday (per BC PR staff):


Hafley also made sure that folks know this is only the start. The official National Signing Day is in February, so the 2022 class is going to grow between now and then.

“We’re not done, this class is not done,” said Hafley. “There’s another signing period, there’s more recruits we’re still on, so this is going to continue to grow”

The transfer portal has blown up in the last year or so and has added a completely different dynamic to the college football scene. Sure, it’s been around, but the activity within the portal over the last two seasons has been outrageous. Hafley talked about how he sees it affecting high school kids looking to get noticed.

“I went around and visited a lot of these high schools right now, it’s sad,” he said. “There’s not as many scholarships for high school players. Some schools are choosing to take 10 high school players and go out and sign 15 guys in the portal. In all due respect to those coaches doing it, good for them I’ve got nothing against that, but I am against not giving these high school kids the opportunity to go play football. I think that’s sad.

“The development of high school players, the late development of a high school player who now doesn’t have a scholarship because he’s competing with all these kids in the portal, it’s sad because some kids are going to miss out on an opportunity. I want to develop this, I want to do it the right way. I want to build it over time and I want to be consistent. Yeah, I’m going to go into the portal here and there, but I just showed you by signing 21 players I want to build this thing through recruiting and developing people and players so it lasts.

“It’s going to be hard to do it consistently if you’re building through the portal entirely. All those high school players out there, keep working hard, we’re going to come out and recruit you and I hope more people do so.”

Two years ago, Hafley was just taking the job at The Heights. Now, he’s brought in his first real class of recruits. You could argue that the true Hafley Era begins now.

“I feel like I just got here,” he added. “This was my first year really being the head coach. That first year was like make believe. Cardboard fans, Zoom, waiting for a recruit you’ve already signed to walk out of a car and you don’t know who he is yet. I look back at some on some of that tape right now and say ‘did we really live through that?’

“It just makes me so grateful for the type of kids we have to get through everything we did, and now to sit here with our first in-person recruiting class it’s starting to feel real. The cool part is, I’m going to be for a long time now and with these recruiting classes back to back I think the future is bright and I think we’re doing it the right way.”