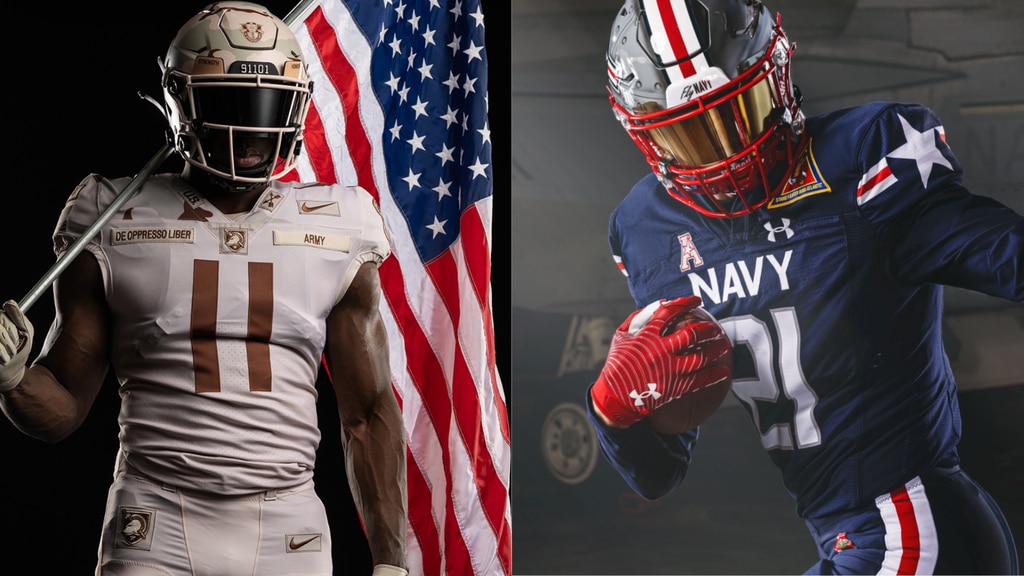 
On Saturday afternoon, whether you root for Army, Navy or just love everything the game represents, you can also take pride in knowing that there are some local guys on the sidelines.

When Army and Navy meet for the 122nd time in the Meadowlands, Army will have junior Daryan McDonald (Leominster/Choate) while Navy will have freshmen Declan Moriarty (West Barnstable/Barnstable HS) and Jaden Young (Cambridge/BB&N).

I caught up with Ross Jatkola, who coached Moriarty and Mike Wllley who coached Young to get a small glimpse into what made those guys special and such good fits for each academy.

“Declan is an extraordinary young man and was a tremendous football player for us and an even better human being and leader,” Jatkola said earlier this week. “He was going into his junior year when I took the job at Barnstable and I was extremely lucky to have been able to coach him for the two years that I did.

He was dominant for us at left tackle as a junior and then eventually left guard as a senior. The spring and summer leading up to his senior year his recruiting really started to blow up and when Navy offered him we both knew that this was a life changing opportunity in so many ways more than just football, so it did not take him long to commit to their program.”

Making the commitment to a college program is one thing, making a commitment to the Navy with football as sort of the second most important part takes a whole different level of courage.

“The whole process was special and like nothing I’ve ever been a part of before,” Jatkola added. “I think knowing that you have a player and a young man that checks all the boxes: academically, athletically, selflessly and has the honor and pride to serve our country while also trying to compete at a Division 1 level  is truly amazing. I’m grateful for my time with Declan and so extremely proud of everything he has accomplished and is going to accomplish.

“The Army-Navy game has always been my favorite day of the football season and now having a player in the rivalry makes it even more special.”

“Jaden young is one of my all time favorite people I have ever met,” Willey added. “He is an outstanding player and an even better kid.”

Choate head coach L.J. Spinnato wasn’t available for comment before this story, but McDonald has 13 career tackles in seven games played during his career as a member of the Black Knights.

Regardless of any of the numbers these guys put up during their playing careers, what they will do with their lives after football ends is far more noble than anything most of us will do with our time on this earth. When watching Army/Navy today, those that care about Massachusetts football can take great pride in knowing that there are a few guys from the Commonwealth willing to fight the good fight on and off the field.