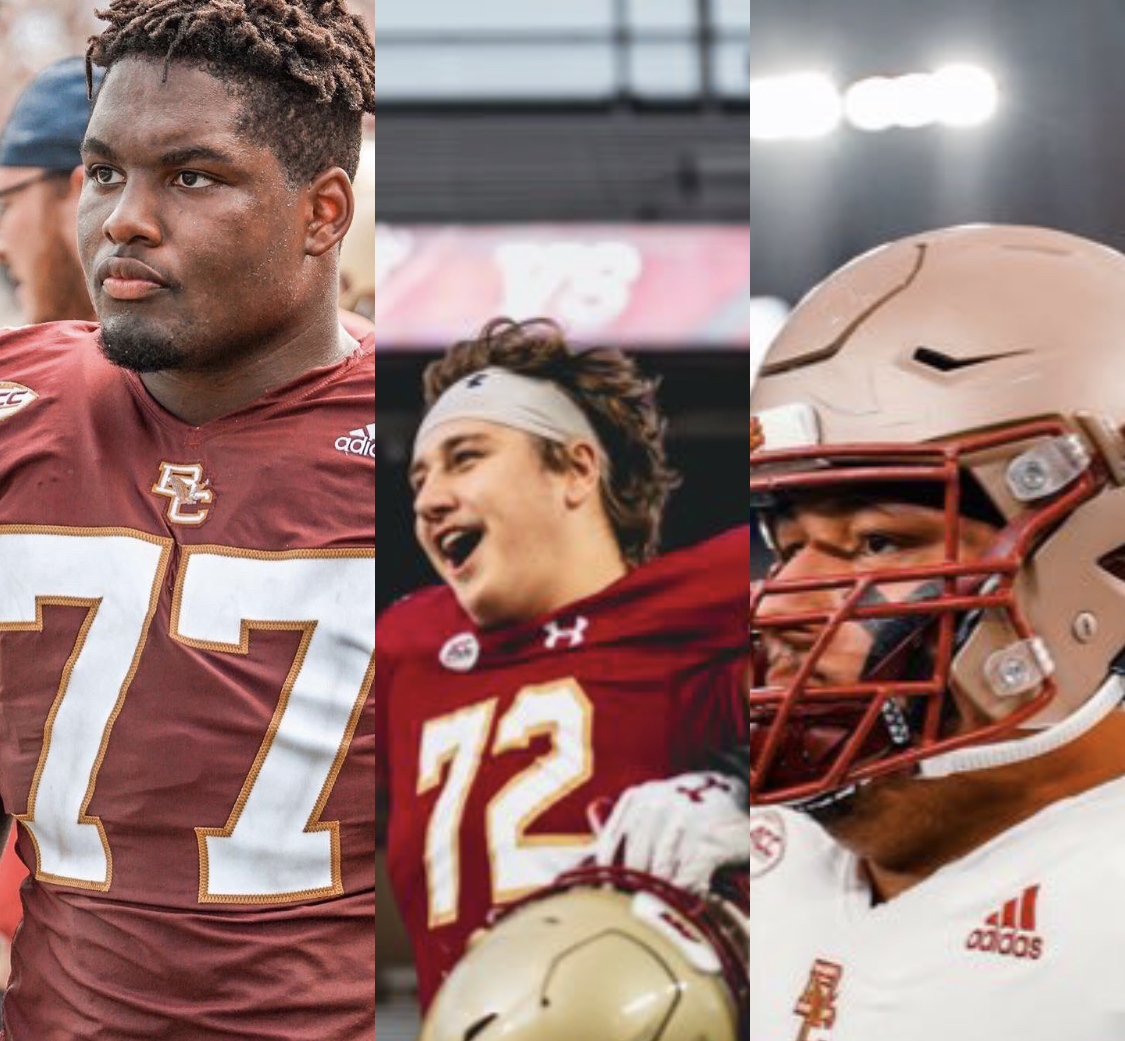 The Eagles regular season record may have some national media members down on BC after a lackluster 2021 year based on preseason expectations, but that doesn’t mean people didn’t take notice of the stellar offensive line.

Over the past few days days, Zion Johnson, Alec Lindstrom and Christian Mahogany all received national recognition in many different forms.

If you’re keeping track at home, this marks the first All-America honor of Lindstrom’s career and the third this postseason for Johnson. Johnson was also named to ESPN’s and the Reese’s Senior Bowl All-America squads. Overall, Johnson has been named to five All-America teams so far in 2021.

Johnson earned All-ACC accolades for the third time in his career, but this is the first time he secured a spot on the All-ACC first team. Johnson allowed zero pressures in 2021 (according to ESPN’s advanced stats) and just one sack in 2,288 career snaps at BC. Johnson graded out as the seventh-best guard nationally (83.4) according to Pro Football Focus (minimum 700 snaps). Johnson is listed as the No. 1 guard in the 2022 NFL Draft according to ESPN’s Todd McShay and he’s also rated as the No. 32 overall prospect for the 2022 NFL Draft (also by McShay).

Lindstrom repeated as the ACC’s top center for the second straight season, becoming the first BC center to be named to the All-ACC first team twice. Lindstrom has the third best pass blocking grade in the country at center (84.6) according to PFF and he allowed just one sack and two quarterback hits in 2021. Currently, Lindstrom is ranked as the fifth best center for the 2022 NFL Draft by McShay. Adding to the family legacy, Lindstrom is just one of five players in Boston College history to be named to the All-ACC first-team multiple times in his career. Lindstrom was also named a Rimington Award finalist, given to the best center in the country.

Mahogany was named to PFF’s All-America second team, the first All-America honor for the sophomore. Mahogany received an All-ACC second team selection for the first time in 2021 after allowing just one pressure (according to ESPN’s advanced stats) and he graded out as the ninth-best guard nationally (82.5) according to PFF (minimum 700 snaps). Perhaps most impressively, Mahogany committed just one penalty this season and was a three-time PFF National Team of the Week selection in 2021.

All three of these guys should eventually be household names on Sundays whether you pay attention to offensive line play or not. All of these guys have made an incredible impact on BC and will undoubtedly continue to raise their games once they have an opportunity in the NFL.

Above all else, each of these guys – like everyone in the program – is never too big to take time for the media or fans. Every interaction any of the local media has had with these guys is nothing but positive and that’s why they will flourish in the NFL. Being bad asses up front is one thing, but watching them emote high character on a day-to-day basis, especially when things weren’t going well, has been the most admirable thing about all of them.

We’ve seen what they bring on and off the field every day, but now the country is finally taking notice too.


(STATS/NUMBERS PROVIDED BY BC PR)