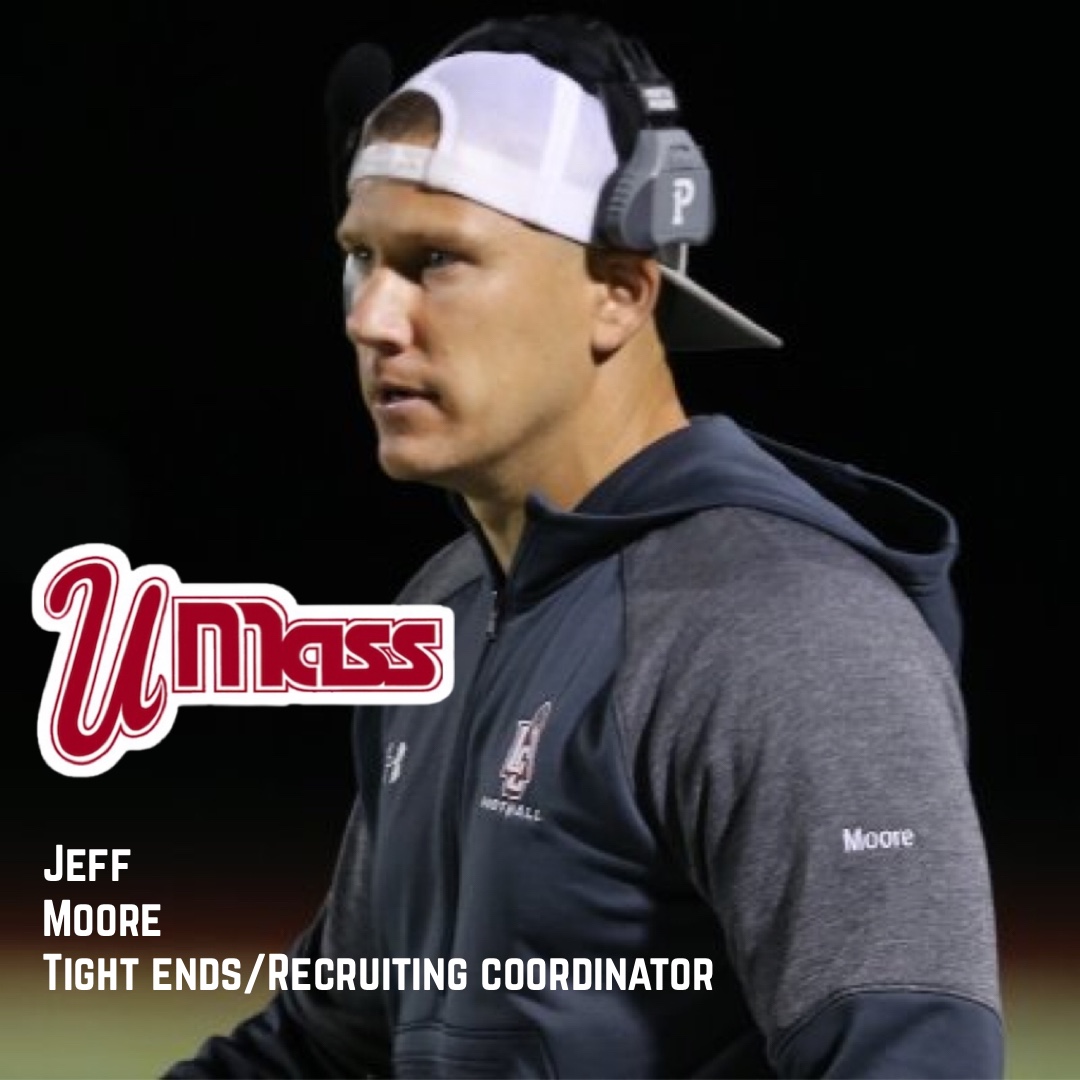 Moore played receiver at UMass from 2008 to 2012. He had been at Loomis for three years. In that time, Moore turned Loomis into one of the top programs in New England. How did he do it? By recruiting elite level talent like offensive tackle Olaus Alinen and quarterback Dante Reno.

Prior to Loomis-Chafee, Moore was the head coach and athletic director at St. Thomas More. The Norton, Massachusetts native has also coached collegiately at Amherst College and was a defensive intern and video coordinator at Yale University.

Moore has a good blend of experience and he fits in perfectly with what Brown wants on his his staff. He wants good young coaches who are strong recruiters with local ties. He wants to ensure that UMass is competing for all the top local prospects as well as getting national talent. Moore will help him do that.

Moore’s strong private school connections should help strengthen UMass’ chances at landing some of the top private school talent in the region. Brown already had strong ties with those schools and Moore’s hire only solidifies those ties.

Brown is starting to fill out his staff. It will be interesting to see what direction he goes with the rest of the openings.