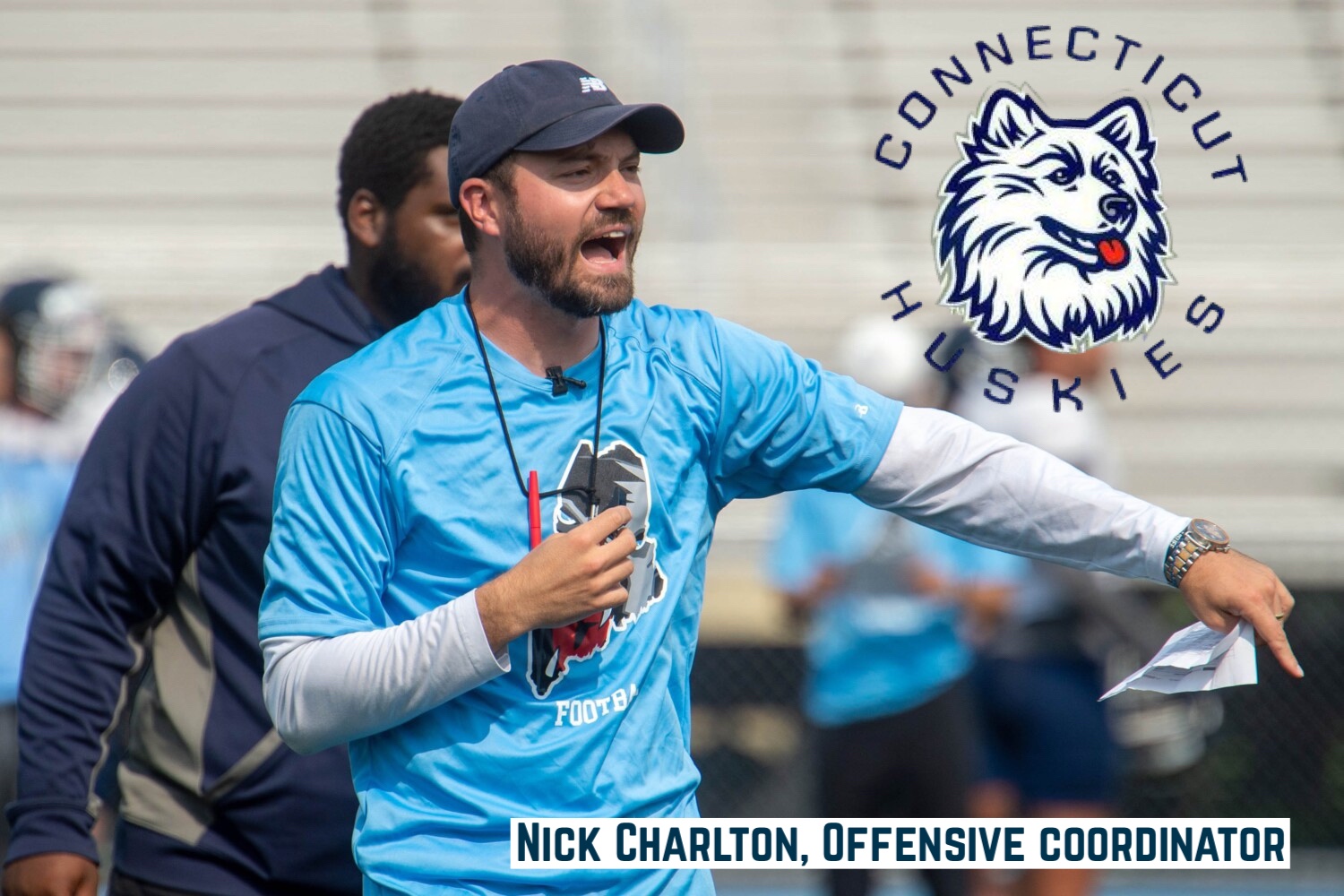 UConn coach Jim Mora Jr has been around the game of football his entire life so he knows a good coach when he sees one.

It is why he hired former Maine coach and Salem, Massachusetts native Nick Charlton as his offensive coordinator on December 1st. Charlton was the head coach at Maine for three seasons compiling a record of 14-13 overall record, including 6-5 in 2021.

The 32 year old Charlton is a rising star in coaching circles and Mora says he brings a certain level of innovation and creativity to the position, something he was looking for.

“Nick is a dynamic and innovative offensive mind who is well-equipped to take our offense to a completely different level of efficiency,”

Mora added-“Nick has an impressive track record of helping quarterbacks reach their potential, but his expert understanding of offense has helped countless student-athletes achieve success. I’m excited to welcome Nick to UConn and I know he can’t wait to get to work!”

For his part, Charlton is excited about the opportunity to join Mora’s staff in Storrs.

“I am incredibly excited to join Coach Mora’s staff and help this program reach new heights,” Charlton continued. “This is a tremendous opportunity and I look forward to getting started right away as we build a dynamic, exciting offense that UConn Nation will be proud of. As New England natives, my wife and I are thrilled to join the UConn family and uphold the national standing of this great university. It’s time to get to work and I couldn’t be more thrilled to do so for all of UConn Nation!”

With Charlton calling plays, Maine ranked fourth in the Colonial Athletic Association in scoring offense in 2021, averaging 25 points per game.

Charlton was the offensive coordinator in 2018 when Maine won the CAA and advanced to the semifinals of the FCS playoffs for the first time in program history.

Prior to coaching at Maine, Charlton was a graduate assistant at Boston College under Steve Addazio.

Aside from his offensive acumen, Charlton is also a terrific recruiter who has New England ties which helps Mora and the new staff immensely.

Charlton checks off several boxes and he is a home run hire for Mora. Charlton was already a popular name in coaching circles. Now he has a chance to become a household name.