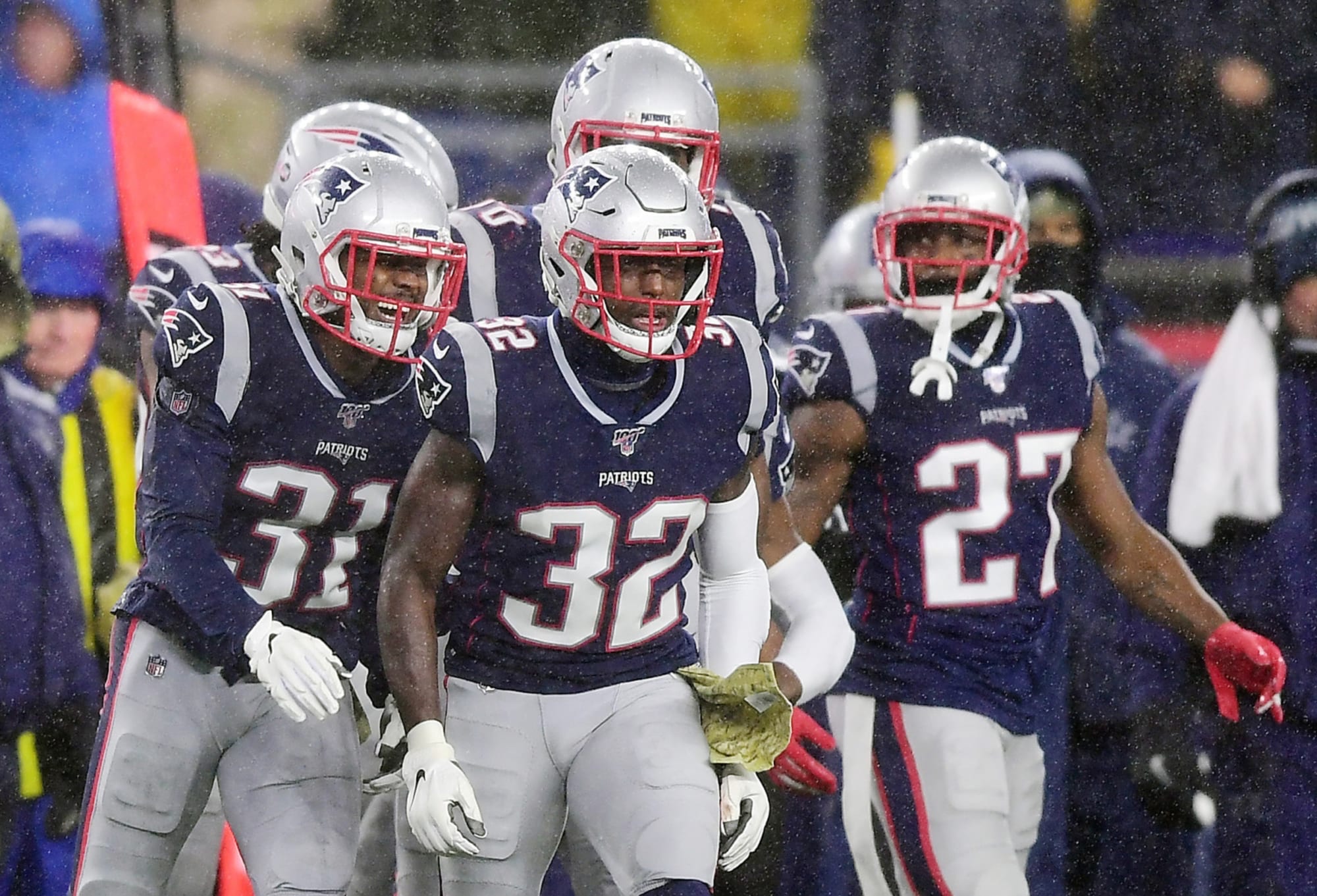 Okay, so none of us thought the Patriots would be in this position back in August, right?

Sure, once Mac beat out Cam for the starting job and it was clear he was going to be the guy moving forward, a lot of people believed he’d have what it takes to help lead this team to something better than the 7-9 finish a year ago. But, no one could have predicted the Pats would be the AFC’s top seed heading into Week 14 of the NFL season.

Mac hasn’t been the reason why the Patriots are where they are, but the rookie hasn’t lost them any games to this point either. So, as the team puts its feet up and watches the rest of the league this weekend, should we and they be believing that a Super Bowl run to Los Angeles might be in store?

This is a top defensive unit in the league right now, arguably the best one there is. I think everyone felt like this would be the strength of the team since the summer, but to this extent? Matthew Judon is truly a home-wrecking pass rusher that the Patriots haven’t had in quite some time.Judon is probably going to shatter the all-time Patriots single season sack record and has become one of they key voices in the locker room. No Stephon Gilmore? No problem. JC Jackson has shown he’s probably worth top cornerback money as the team’s No. 1 guy. Now, there’s still a bit to be desired with the other cornerbacks on the team, but when you’ve got safeties like Devin McCourty and Adrian Phillips back there, you can cover up some things. Dont’a Hightower has seemingly found the fountain of youth after sort of slogging through the first part of the season. if guys like Hightower, Bentley and Van Noy continue having the impact they are along with the emergence of Christian Barmore and Lawrence Guy in the middle, this defense can beat anyone.

A lot of where the Patriots currently stand has to do with just how bad the AFC is this year too, but hey, the Pats made a run to the 2011 Super Bowl because of a missed kick and some poor competition around them, why can’t it happen again 10 years later?

2. The buy-in from the locker room

I can’t recall a season since maybe 2014 where the team was fully bought in to everything Bill Belichick is telling them. In the final few years Brady was here I think there was a lack of complete buy-in from some guys in the locker room who may have been on “team Tom” in the whole Brady/Belichick squabble. People forget the 2019 team started 8-0 before everything went down hill. This season, things were almost at rock bottom and now the entire locker room is loving being around one another, fully buying in to Bill’s teachings and truly doing their jobs to the best of their ability to the tune of a seven-game win streak. If this continues and the results keep showing up on the field, that belief in the “Patriot Way” from a lot of the new guys will only grow stronger.

That’s right. Not Mac, not the run game, but special teams is the other key factor to me. Belichick had some sort of magic potion for Nick Folk who is now just as automatic as Adam Vinatieri was back in the day. Jake Bailey seems hurt, but hopefully this bye week allows him to recover from whatever seems to be ailing him because he could still be an absolute weapon in bad weather when the postseason rolls around. You rarely – if ever – see the team get gashed for big punt or kick returns and if I had to bet on it, I’d say it’s the most well-coached special teams unit in the league when it matters most. If you’re going to win games with the defense like this team is, special teams will continue to be crucial and I’ll take the Pats’ 100 times out of a 100 compared to any of the other contenders.

Hard not to add this group as well. Running the ball 46 times against the Bills in brutal conditions when they knew it was coming is all the proof you should need about how legitimate this group and the offensive line is. The health of Damien Harris should worry you a bit as it seems like he’s often one bad twist in a pile or hit away from being out for a couple weeks. But, when you have Rhamondre Stevenson emulating Corey Dillon and Brandon Bolden doing his best to partially fill James White’s shoes, it’s arguably the best running back room in the league and could carry this team through December and January.

I hate to say it because you really can’t ask much more of a rookie QB than what Jones has given the Patriots so far, but we still just don’t know a lot about him.

Jones might be the best quarterback out of the rookie class, but that doesn’t really mean anything. The biggest takeaway is that he hasn’t lost you games, but at some point you’re going to need him to lead a game-tying or game-winning drive in the final two minutes of a game with the season on the line. The two best examples we have right now as far as how he deals with pressure situations are the Cowboys and Buccaneers games where he showed great poise in some big spots, but the team still ultimately lost the game both times.

Fans would have had a lot more confidence in him if they had seen him throw more than three times in brutal conditions in Buffalo, but until he wins a postseason game with the temperature at 20 degrees it’s just hard to say definitively that he’s the guy to get them to LA. I think he is, but we still don’t know.

Kendrick Bourne and Nelson Agholor have been decent additions for the Patriots, but do we really know if they can change a game for you in the postseason? Jakobi Meyers is still your most reliable receiver on a consistent basis and N’Keal Harry…never mind. The group has shown that they can in fact make some plays, but have they been tested much during this seven game winning streak? Tennessee was probably the stiffest test and it was a good showing, especially from Bourne, but we still need to see it on a more consistent basis as the weather gets worse.

Hunter Henry has become a viable red zone threat, but what happens when a team takes him away inside the 20? It’s hard to have much faith in Jonnu Smith’s production level at this point and even though Henry’s proven to be worth the money simply based on being Mac’s security blanket down there, we haven’t seen much else from him. If the receivers can’t get open and the running game is bottled up in a playoff game, it might all fall on the shoulders of Smith & Henry and I’m not sure it’s enough to get you past a team that can put up points in a hurry like Kansas City.

It’s hard not to like where this team is at right now given the expectations entering the season. This stunning seven-game win streak and the way it has taken shape is a phenomenal story, but the bar around here for the Patriots is championships. Now that expectations are rising with the success this season, the questions surrounding this team become more and more prevalent as we head into the playoff push.