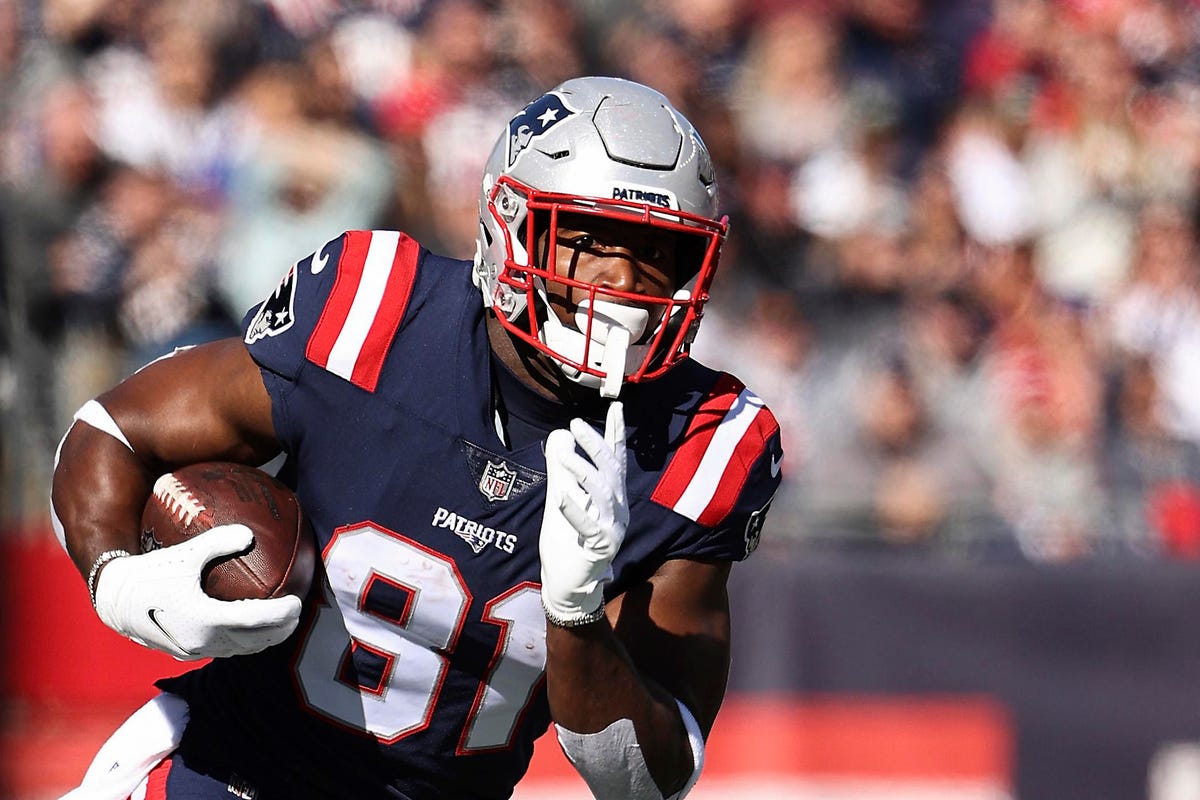 The Patriots are going to at Buffalo on Monday night with a chance to get a firm grasp on first place in the AFC East with a win. The Bills are 7-4 and sit just behind the 8-4 Patriots. The Bills are coming off an impressive 31-6 win on Thanksgiving night in New Orleans. However, in that game star corner Tre’Davious White tore his ACL and is now done for the year. His absence will force the Bills to adapt their coverage and will provide an opening for Patriots tight end Jonnu Smith.

When the Patriots signed Smith in March, they were hoping to get a unique player at tight end who could move in space like a bigger wide receiver.  Though he has been inconsistent this year, he still is on track to be close to his 2020 production of 41 receptions for 448 yards. His touchdown numbers are significantly down, though, with only one so far this year as opposed to 8 last year. Monday night’s game could provide a breakout opportunity for Smith.

The Bills are going to make a concerted effort to stop New England from running the ball and with White out their secondary may play more conservatively. Expect this to open things up more in the middle of the field for Smith and in the red zone, where covering Hunter Henry will be the Bills main priority.  There will be openings for Smith to find the kind of space that he had in the play below.

Smith is also coming off a strong performance against the Titans where he played 57% of the snaps and had 3 catches for 49 yards. He also had a 9-yard rush; the 58 total yards being the most he has had in a game this year, one more than the 57 he had against the Jets in October.

Josh McDaniels called this season “foundational” for Smith and it is clear he has not had the same immediate impact as other free agent acquisitions. But since his bottoming-out performance against the Saints in Week 3, Smith has appeared to grow more comfortable with the offense and has played over 50% of the offensive snaps five times since then. That number probably would have been six had he not left he Jets game early with an injury.

The Patriots are in the thick of their toughest part of the season. In order for New England to get through as AFC East Champions, they will need their high-priced playmakers to make big contributions. Smith will have his chance to do that on Monday night and if New England wins, a big game from him will likely be part of it.