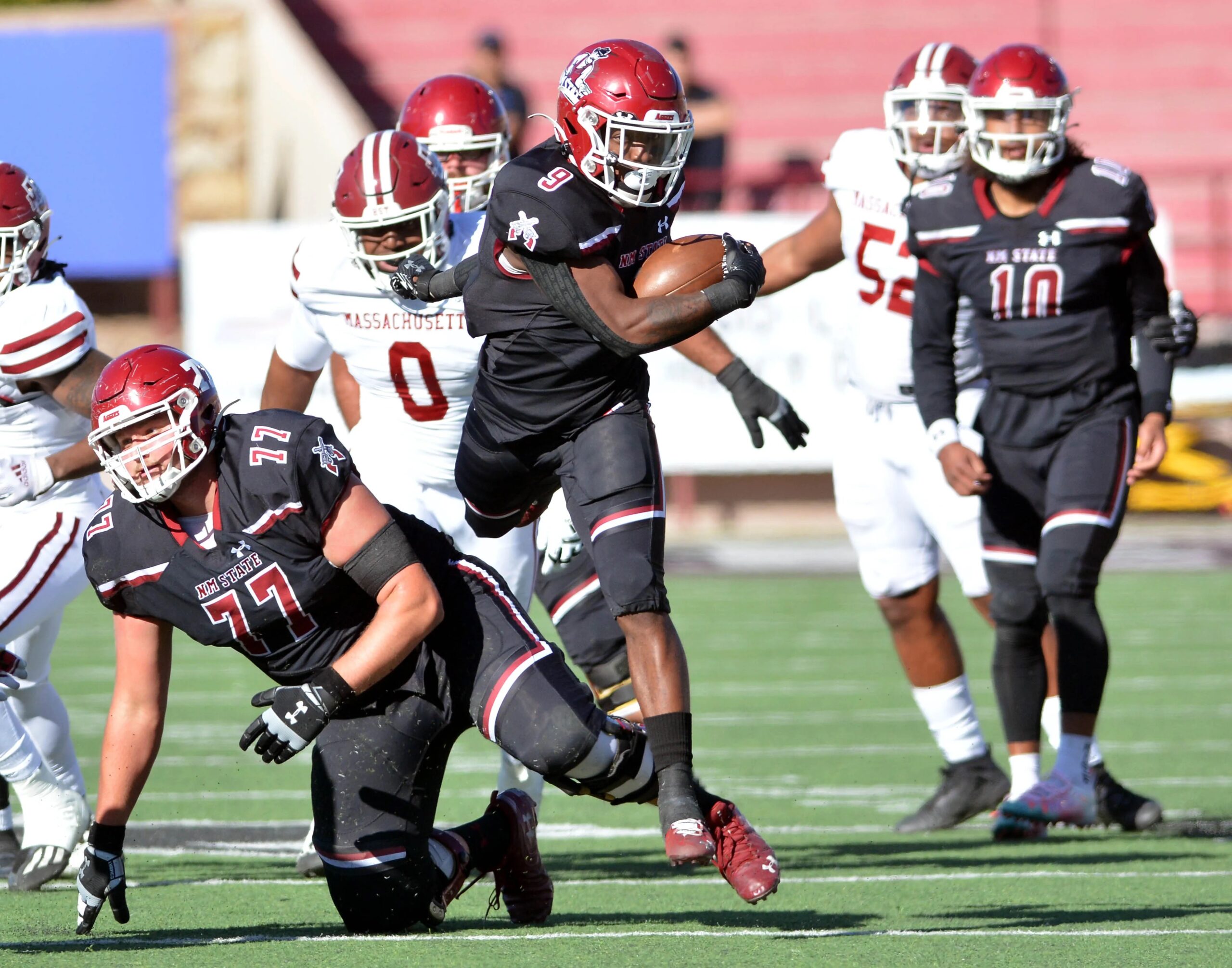 The UMass Football team ended a tough 2021 campaign with a 44-27 loss to New Mexico State.

The Minutemen had their chances but the defense once again failed to get stops when the team needed them most. After playing fairly well by their standards the week before, the defense was torched in this game. When asked why the defense struggled, Miller said it was more about the secondary struggling to match than else.

“I don’t think it’s an effort thing, I’m not going to say it’s a scheme thing. I just think right now with our personnel, the teams that can throw the ball and mix it up give us a little bit of trouble but those kids played hard.”

Despite that, UMass played hard which prompted interim head coach Alex Miller to praise his team.

“We have good kids and we have kids that play hard Miller said. For me, it’s the attention to detail stuff…when you’re building a program, every little thing counts. Getting those guys to understand that going forward is going to be really critical.”

Junior running back Ellis Merriweather exemplifies exactly what Miller is talking about. Merriweather carried the ball 23 times for 168 yards and two touchdowns. Merriweather was a workhorse down the stretch and finished with 1,138 yards on the season. After the game, Merriweather shared his thoughts on the upcoming off-season.

“I wish I could take a vacation. The first week or two I’ll probably take care of my body, but the grind never stops. I’ve got more dreams and goals I’m trying to accomplish so the offseason is probably going to be more vigorous than the season was.”

Despite the loss, the Minutemen showed the kind of fight that Don Brown and his staff are going to expect out of this program when they take over.

It is hard to find many positives in a 1-11 season but the players never quit despite the circumstances. That resolve and commitment to competing will come in handy moving forward.