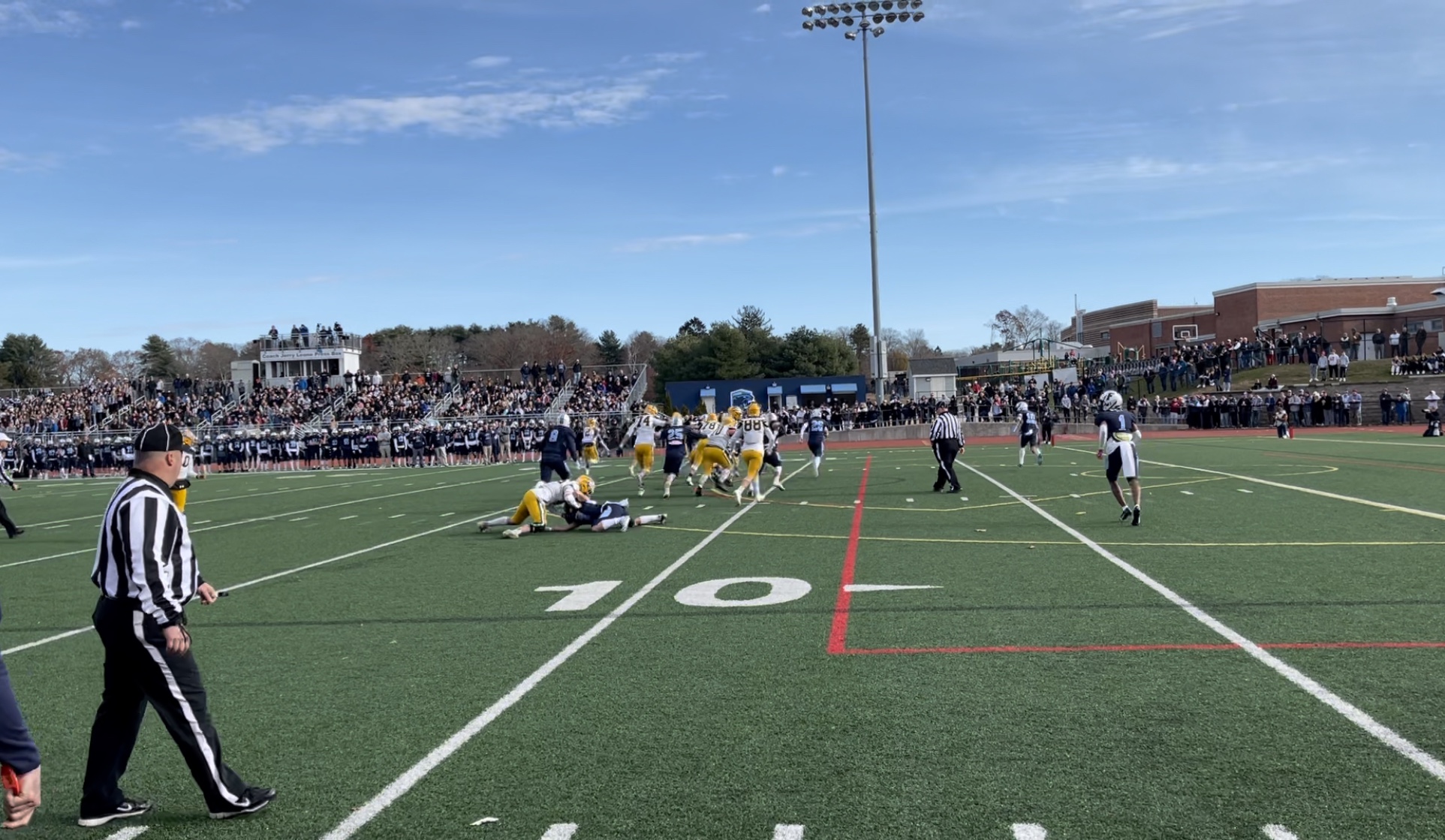 Talk of the demise of Thanksgiving Football in Massachusetts has been greatly exaggerated. You know how I know? I saw it first hand today at the King Philip, Franklin game.

I am guesstimating here but there were probably between 2,500 to 3,000 people at the game. Now look, I get it. There was a league title at stake and it was a beautiful morning. Despite that, I still think it goes to show you that when it comes to traditions, Thanksgiving morning football still matters in Massachusetts.

The “Get rid of Thanksgiving” or “High school sports attendance is down” crowd will tell you otherwise but based on what I saw today, the tradition is alive and well in the commonwealth.

It is proof that the Thanksgiving game is still the biggest regular season game on the high school sports calendar.

I am sure there were some games that didn’t have big crowds but the majority of them probably did and it reinforces the notion that we need to keep this tradition alive.

Playoff systems will come and go, but Thanksgiving should always be a part of the equation regardless of the system.

It means too much to the schools, communities, players, coaches and everyone else involved.

So the next time someone tells you that Thanksgiving is the reason we don’t have s full regular season or a true playoff, tell them to attend a game. It might just change their opinion.